As the country grapples to overcome ongoing racial injustices, reflecting upon Juneteenth feels especially poignant this year. We've come a long way, but still have a long way to go.
By Christina Blacken

More than two years after President Abraham Lincoln issued the Emancipation Proclamation in 1863, thousands of Black Americans remained enslaved by owners who refused to comply with the proclamation. On June 19, 1865, Union troops arrived in Galveston, Texas, to enforce an order: All enslaved people in the state—more than 250,000 people—were free.

Celebrations of the day that came to be known as Juneteenth began as church-organized community gatherings in Texas. Today, 47 states and the District of Columbia recognize this important date as a holiday or special day of observance.

"I just want my fellow Amazonians and customers to think about two and a half years of not knowing you finally have the same rights as others," said Otis Hunter III, a Black Employee Network (BEN) member and Amazon fulfillment center operations manager. "I am grateful to work for an organization that embraces inclusion and diversity at all levels but understands there is still much work to be done.”

Juneteenth history
The painful history surrounding Juneteenth reverberates across the nation and around the world. This year's observance is compounded by recent events that have reignited the significant racial trauma and unrest experienced by our Black employees, customers and communities as a result of the murders of Ahmaud Arbery, Breonna Taylor, George Floyd, Tony McDade, Nina Pop, Rayshard Brooks, and racial discrimination against Black men like Christian Cooper.

"Juneteenth is an important holiday for all Americans to recognize," said Kelly Navies, museum specialist in oral history at the National Museum of African American History and Culture. The renowned museum in Washington, D.C. is one of the recipients of Amazon’s recent $10 million donation to organizations that are working to bring about social justice and equity.

Navies shared more of Juneteenth's history: Union General Gordon Granger came to Galveston in 1865 with a force of 1,800 to 2,000 troops, some of them members of the United States Colored Troops. The order he announced read, in part: "The people of Texas are informed that, in accordance with a proclamation from the Executive of the United States, all slaves are free."

The announcement still met with delays and resistance from whites, but the event marked a hopeful turning point. In the years afterward, Juneteenth celebrations spread from Texas to other communities during the Great Migration when 6 million Black Americans moved from the South into other areas of the U.S. between 1916 and 1970. In the 1970s, Juneteenth picked up popularity as an expression of freedom and arts in the Black community, and Texas made it a state holiday beginning in 1980.

"June 19 is a day to reflect on the meaning of freedom, the challenges that we've had to overcome, and the challenges that we still face. It's a time to come together with our families and our communities and talk about steps we can take to move forward in the future. It is celebrating that we're alive and we made it to this point, even if we still have obstacles to face before us," Navies said.

Navies noted that George Floyd graduated from Jack Yates High School in Houston, Texas. Reverend Jack Yates, a formerly enslaved person, led the effort to buy property for Juneteenth celebrations. Raising $1,000, Yates and his congregation purchased 10 acres of land in Houston and named it Emancipation Park. It was the only municipal park for Black Americans during the era of segregation.

Honoring Juneteenth at Amazon
Amazon is committed to helping build a country and a world where everyone can live with dignity and free from fear. We've taken a first step by donating a total of $10 million to organizations that are working to bring about social justice and equity. Thousands of employees have followed suit with an outpouring of generosity, with their donations matched by Amazon through July 6. The recipients, selected with the help of Amazon's Black Employee Network (BEN), include groups focused on combating systemic racism through the legal system as well as those dedicated to expanding educational and economic opportunities for Black communities.

The colors of the Pan-African flag
Red: The blood that unites all people of Black African ancestry and shed for liberation.
Black: The Black people whose existence as a nation, though not a nation-state, is affirmed by the existence of the flag.
Green: The land and abundant natural wealth of Africa.

Juneteenth is an opportunity to pause and cement this moment in our national history. To do this, we've raised the Pan-African flag on our campus in Seattle and provided our global workforce access to online learning tools and resources intended to spark conversation and exploration about how we—as individuals, teams, and a company—can become active participants in dismantling systemic racism, oppression, and inequality around the world.

"This year, Juneteenth feels different," said LaDavia Drane, who leads global inclusion and diversity for Amazon Web Services. "People are talking about Juneteenth more universally," she said. "My hope is that we'll honor the blood and sweat of my ancestors." 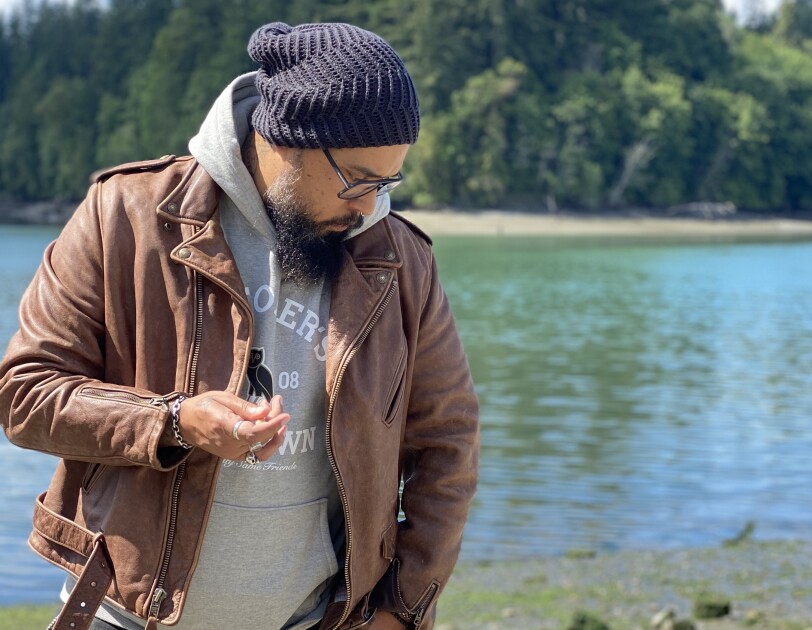 "This moment is what I have been waiting for my whole life. A time I thought I would never see in my lifetime. A true, unblinking awareness of the Black experience in America. In addition I am empowered by solidarity from our allies marching in lock step to drive long overdue change."
- Brian M. 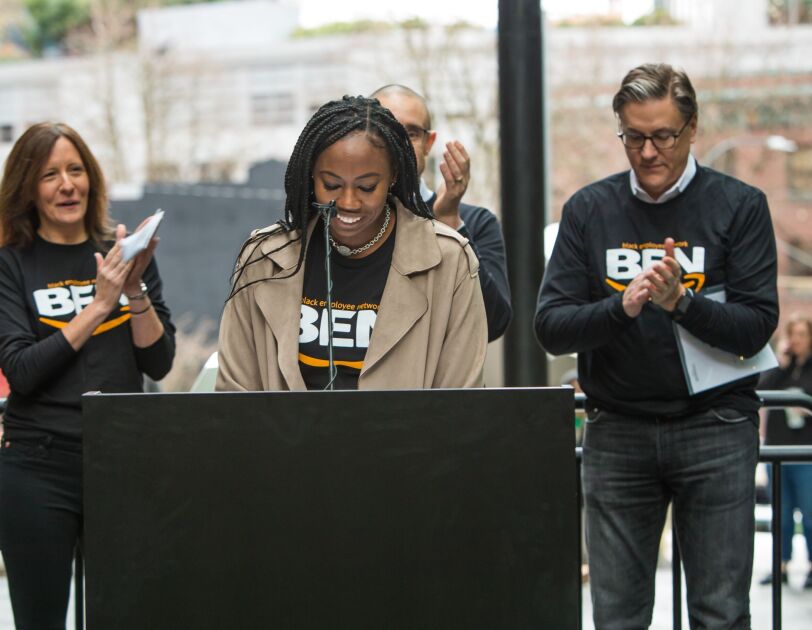 "While Juneteenth represents the Day of Freedom, recent events have reminded us that we have not been granted the freedom that we deserve. As we celebrate Juneteenth it is important to acknowledge our history, celebrate how far we have come, and prepare for the work ahead so that future generations can celebrate Juneteenth differently from how we are today."
- Angelina H. 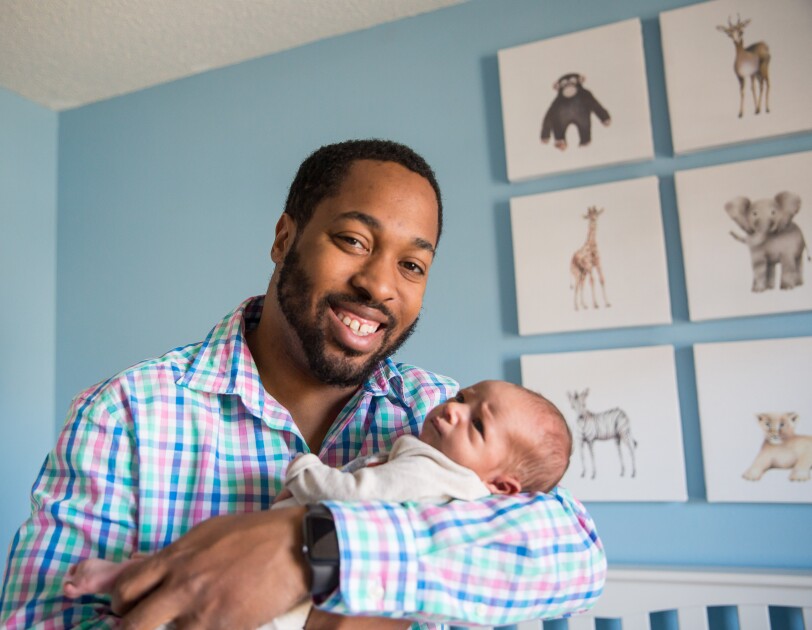 "I am so happy to see so many people taking the time to not only admit that their way of thinking may have been wrong but also to take the time to listen and educate themselves on what has been happening in the Black community. Juneteenth is a time to celebrate how far we have come but how far we still need to go."
- Vinny H. 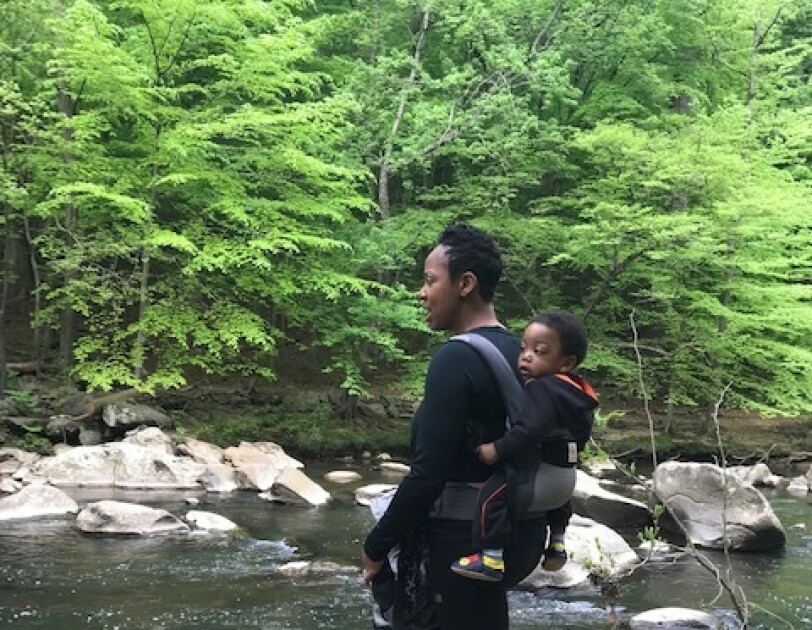 "My hope is that actions will win the day on Juneteenth. As Juneteenth approaches, allies are wondering and asking their Black colleagues, 'What can I do now?' My response is, take a deep dive into the history that is directly connected to the challenges we face today and share that history with your children. And, don’t be afraid to be uncomfortable."
- LaDavia D. 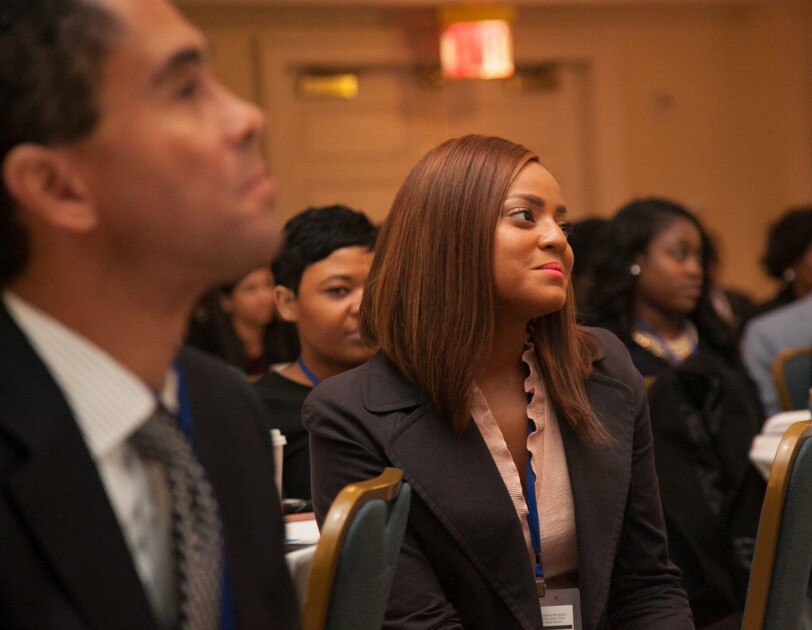 "To echo the leading voices, this isn’t a moment and should not be treated as a footnote in the history books; it's a movement, and we must all maintain our energy to persevere and continue to play the role(s) we elect to take on to drive systemic change, starting in our hearts and our minds and ultimately through our communities, businesses, and politics."
- Ashia J. 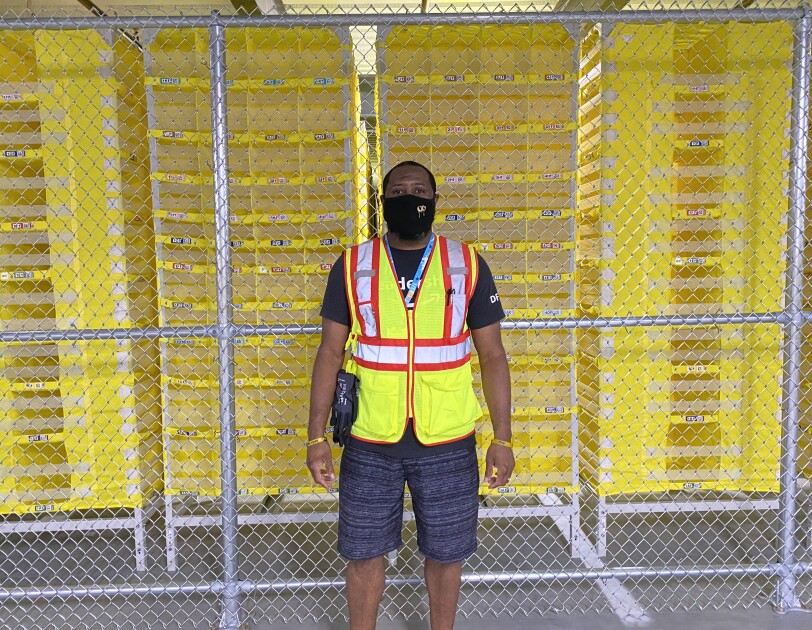 "As we approach what is a monumental celebration for the African American community—Juneteenth—it is imperative that others understand why we hold this day so close to us. It was June 19, 1865 when those who were enslaved found out they were free. But this was two and a half years after President Lincoln’s Emancipation Proclamation—which had become official January 1, 1863. I just want people to think about "two and a half years" of not knowing you finally have the same rights as others."
- Otis H. 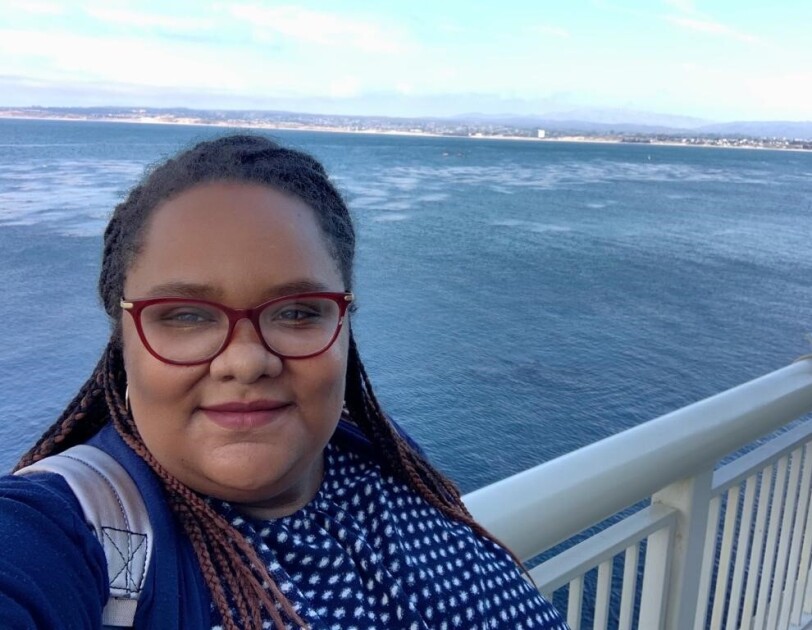 "Juneteenth is Freedom day, it is not celebrated in Costa Rica, however as part of the African diaspora and as an Afrolatina I feel moved by this celebration. I think this year more than others represents possibility. Changes came in 1865 and changes are coming in 2020 and beyond."
- Pamela C. 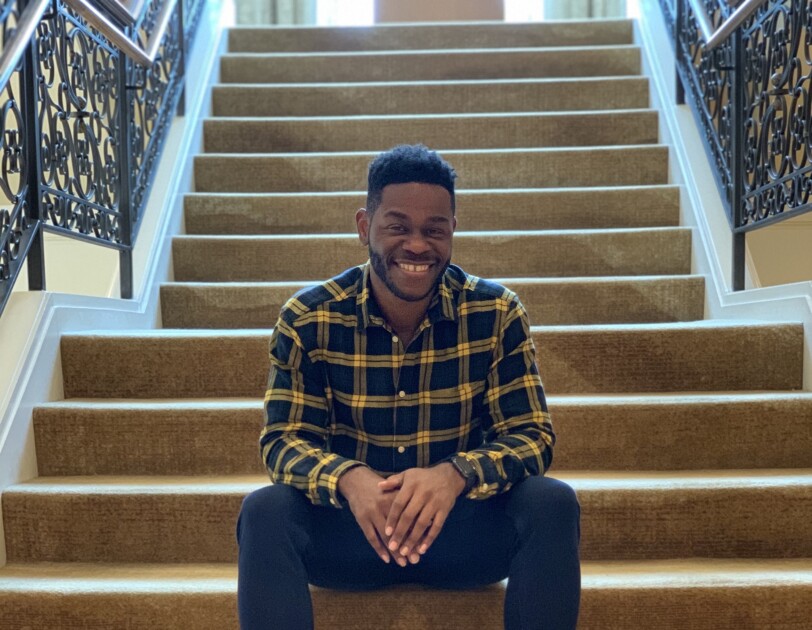 "This moment means people are now "woke" to what I've been living my entire life. It's forcing people to be honest with their families, friends, and loved ones about the inequalities that have been present in and around our country."
- Justin M. 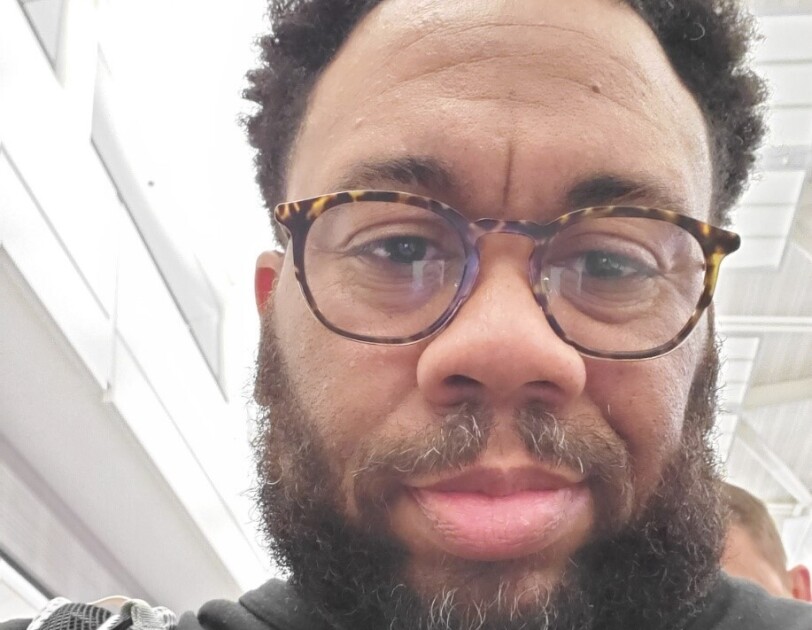 "We can’t fix in a month what’s been happening for centuries. However, we lean into this moment by being true to ourselves, our values, and culture. We will get through this together, so long as everyone does 'their work.'"
- Vaughan M. 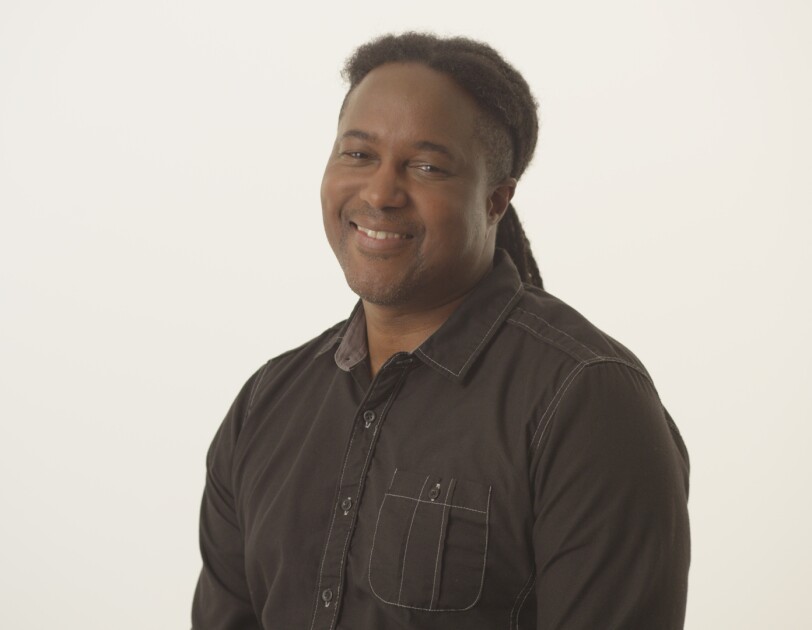 "This moment in time signifies a profound change of perception in the way that justice under the law is unfairly applied to the Black community in America. People all over the world have sent a message to the United States that black lives matter. At great risk to their own health people march in the streets to denounce systemic racism."
- Cedric R. 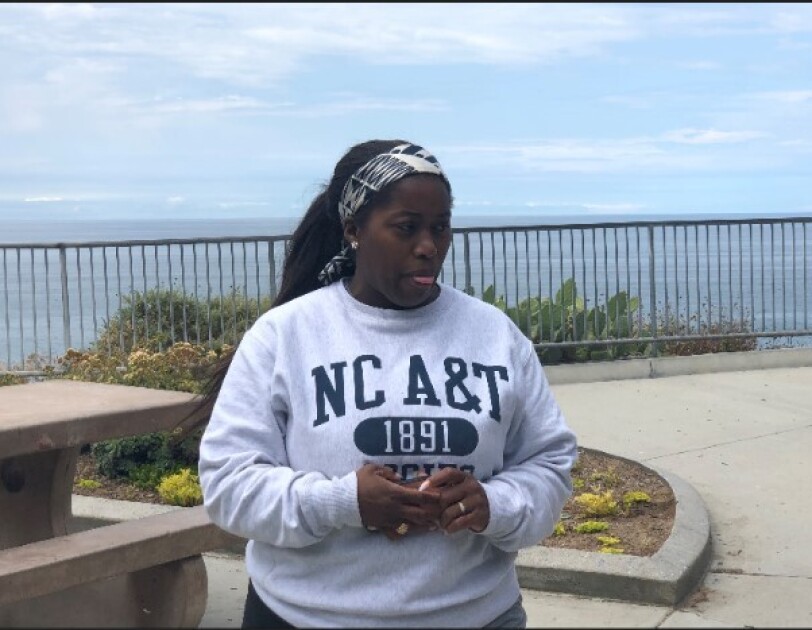 "Saying Black Lives Matter, does not diminish anyone else's life. Honoring Juneteenth does not take away from any other celebration, it is asking to be seen as equal and for disproportionate access and systemic racism to be acknowledged."
- Amanda B. 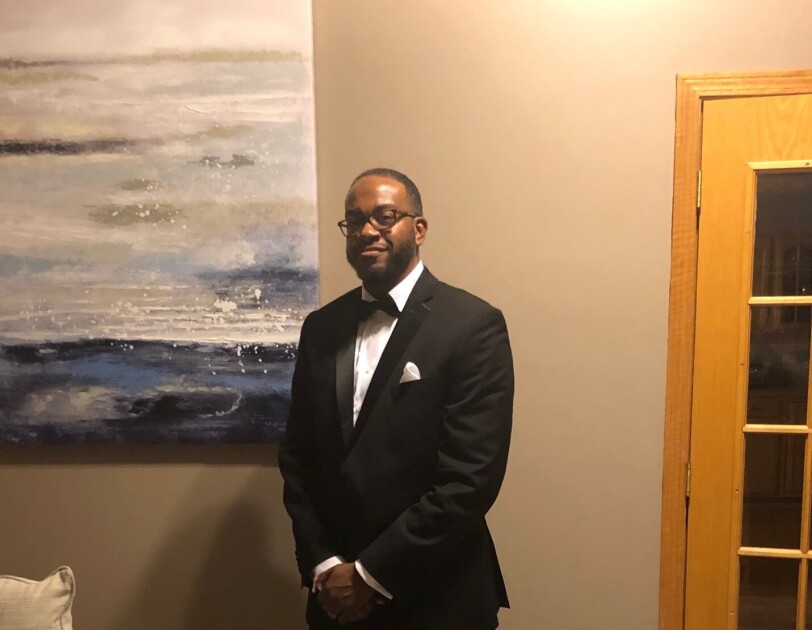 "What I want others to know right now is that this is a time for us to make real change in this world. I firmly believe that we work for the best organization on the planet. If we collectively decide to do something, we do it! If we decide to educate ourselves on what our customers, fellow Amazonians, and DSPs experience as part of their "normal" existence; I am truly confident that we can precipitate real change."
- Edward H.

Amazon has 12 affinity groups including the Black Employee Network, an internal Employee Resource Group with a mission to recruit, retain, and empower Black employees, through mentors, career, and personal development workshops, and recruiting initiatives with Historically Black Colleges and Universities and other organizations.

Members of our Black Employee Network partnered with FireTV, Amazon Books, and IMDb to curate a list of film, TV shows, and literature recommendations from the BEN community.

Expanding the path for Black leaders of the future

Donations to the NAACP, National Urban League, and United Negro College Fund, among others, seek to support education and justice for Black communities across the U.S.
Continue Reading
Books and authors

Author Crystal Swain-Bates writes her own rules about what a children’s book should look like.
Continue Reading
Amazon responds to COVID‑19
How we're supporting our employees, customers, and communities
Learn More