Striking the right chord: Amazon has its own symphony orchestra

One of the largest company orchestras in the U.S. plays concerts to benefit local charities.
By Day One Staff

Once a week, between 80 and 100 Amazon employees step away from their computer screens and tune up.

Accountants, graphic designers, software development engineers, and others from dozens of corporate departments gather in one of the company’s headquarter buildings in downtown Seattle to practice playing complicated, classical compositions. 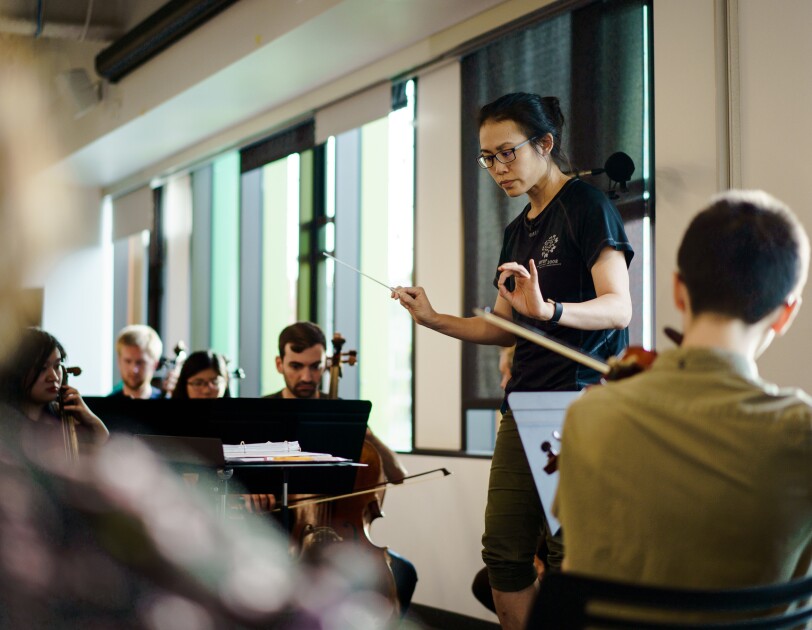 Hsing-Hui Hsu, a software development engineer who was a music major at Rice University, is the music director and leads the ensemble.
Photo By JORDAN STEAD 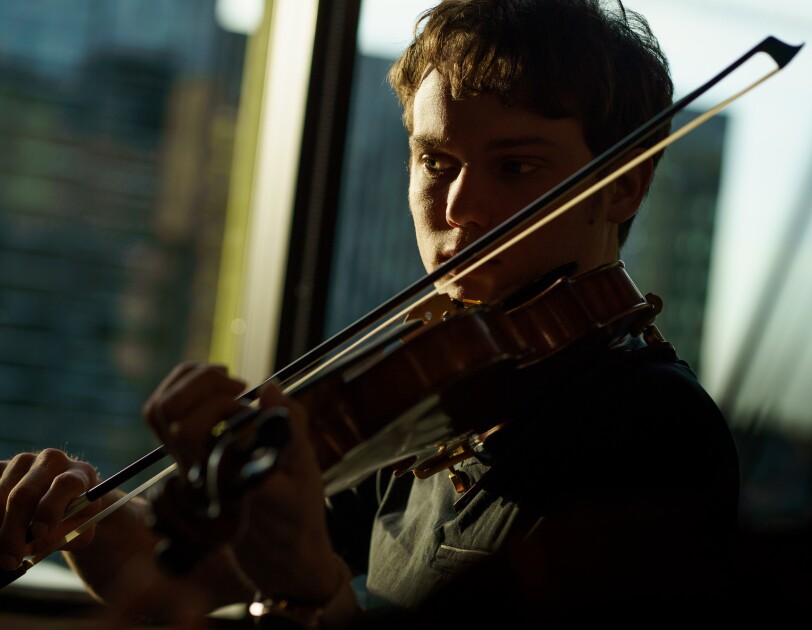 The purpose of the Amazon Symphony Orchestra (ASO) is to create a supportive environment for musicians at Amazon from all skill levels and backgrounds while sharing their love of music with each other, Amazon, and surrounding communities.
Photo By JORDAN STEAD 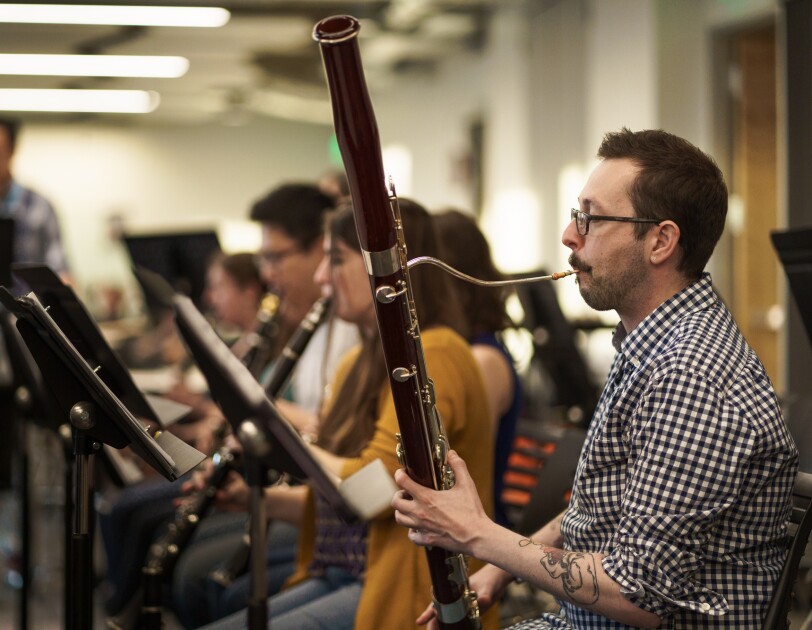 The orchestra rehearses weekly to prepare for seasonal performances, which are open to the public. Here, Beau Buchanan rehearses the bassoon in the ASO. Buchanan is a technical account manager at Amazon.
Photo By JORDAN STEAD 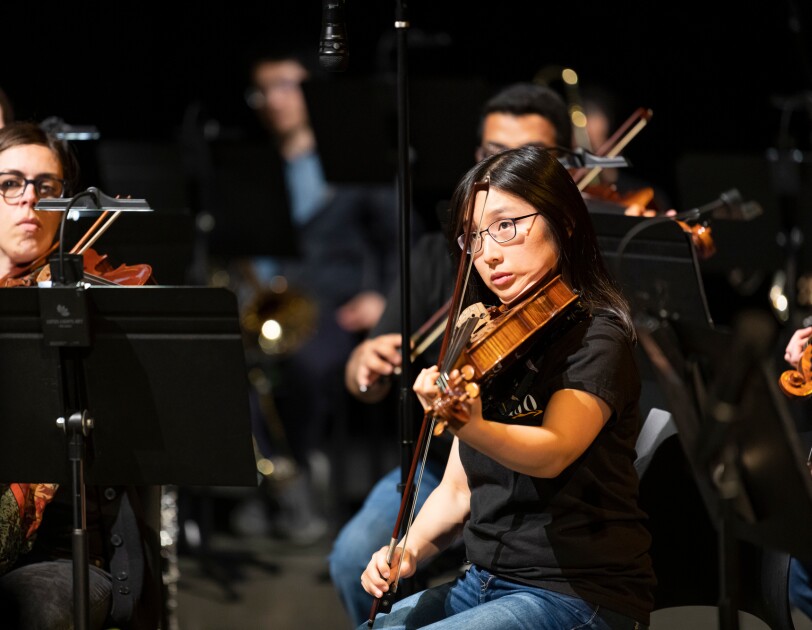 ASO is open to all blue-badge Amazon employees – no auditions required. Lauren Yu plays the viola at a recent concert. She's a software development engineer at Amazon. 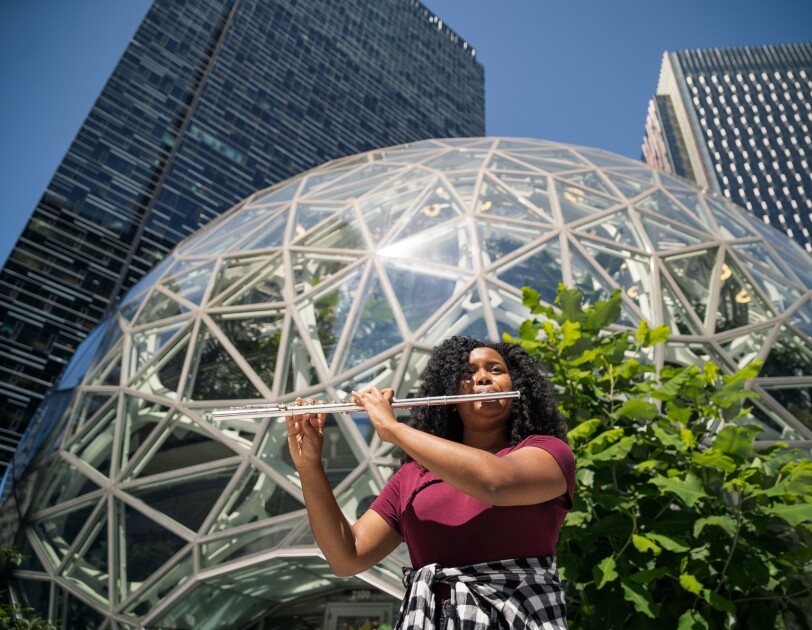 Christina Oaks plays the flute in the ASO and is a technical recruiter in advertising at Amazon.
Photo By JORDAN STEAD 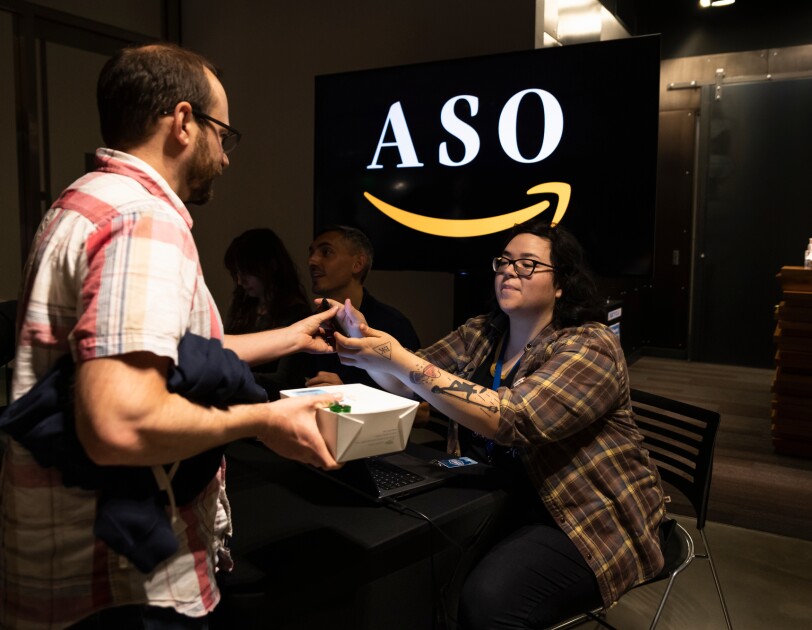 Part of the culture in the Amazon Symphony Orchestra is the desire to give the community an opportunity they wouldn't otherwise have to hear classical music. The performances are free of charge and open to the public, though there is a charge to attend ASO's benefit concerts in support of nonprofits.
Photo By Nick Lake/&nbsp;

Hsing-Hui Hsu, a software development engineer who was a music major at Rice University, is the music director and leads the ensemble. Everyone in the room is there, making music, simply because they can.

"People who haven't played an instrument in 5, 10, 15 years,” said Lauren Yu, a software development engineer and violist. “They didn’t think they were going to get to play again."

"So many people came up, just emotional and with tears, saying 'thank you,'" said Beau Buchanan, a musician and technical account manager. "They thought they had lost it, but now they have it again."

The Amazon Symphony Orchestra is one of the largest company ensembles in the United States. Musicians of all skill levels and backgrounds are welcome—no audition is necessary because no one is turned away.

"Our music director calls it the most peculiar orchestra in the world," said Christina Oaks, a technical recruiter in advertising at Amazon who hadn't played her flute regularly in almost seven years. "I remember I took a picture of that first rehearsal I sat in. I had to share with my family and all my friends. I was just really happy to be able to be part of a musical community again."

Their holiday show has become a fundraiser for Mary’s Place—a Seattle nonprofit that provides shelter for homeless women, children, and families. The volunteer orchestra has raised more than $40,000 for Mary’s Place. They recently add to that total with the 2019 holiday benefit concert for Mary’s Place on Friday, November 22 at the Amazon Meeting Center.

"We come together, and problem solve. If we hear something that needs to be tweaked, we are able to collaborate and make it better moving forward," said Oaks. "At Amazon, my own team, we collaborate often and we have our end customers in mind, creating that best experience. That's exactly our goal as an orchestra."

"The sense of community and support for each other is really remarkable," said Buchanan, who is a founding member. "It's hard to not get emotional about it."

Amazon StoriesWork-life balance EmployeesWorking at AmazonAmazon Symphony OrchestraSeattle
How did you like this story?
Yawn
It's OK
It's good
It's great
I love it!
74 Ratings
Thanks!
Working at Amazon

Learn more about Amazon’s Bar Raiser Program.
Continue Reading
The Australia bushfire crisis
What Amazon is doing for support organizations on
the frontline of the Australian bushfire crisis, and how you can help.
See how you can help
close
Out for Delivery
Get the best of the Amazon blog, including the latest news, top stories you may have missed, and editor's picks, delivered right to your inbox.
Sign Up
Return to video player ➡ 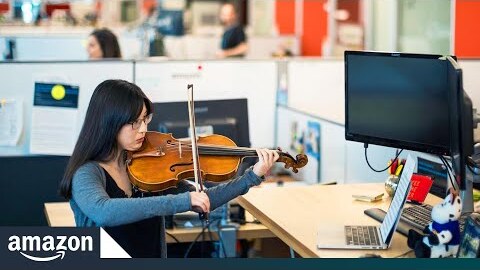 A symphony orchestra at the office