Amazon pledges to upskill 100,000 U.S. employees by 2025 through programs like Amazon Technical Academy.
By Meg Coyle

Behind the wheel of a race car, Chelsea James is riding high. She’s just passed her remaining two opponents as she rounds the final corner. "Yeah, here we go," said James, cheering herself to victory as she floors it toward the finish line. James swerves to avoid a car that's moved into her lane, spinning her off the road as two opponents pass her by. James puts down the video game controller and laughs off her misfortune. "I've never been known for my driving skills."

Playing video games like Amazon’s The Grand Tour Game has always fueled James' imagination. She enjoys the ability to become someone else – from race car driver, to cyborg, to warrior princess. A "life-long gamer," James grew up playing video games with her dad and brother, immersing herself in different worlds that challenged her assumptions. "I gain more self-knowledge and self-awareness through video games," said James. "I love playing different genres and challenging myself. I just keep learning more about myself the more I play."

There is a huge need for software developers, and not just at Amazon. This program helps fill that gap that exists in industry right now.

That imaginary world is what inspired her to change her reality. James was working as a digital marketer at Amazon. She dreamed of one day creating her own video game. But game development requires technical training, which James didn’t have. Co-workers told her about Amazon Technical Academy, an end-to-end learning and placement program designed to transition Amazon employees without software engineering backgrounds into technical roles within the company. "Amazon has a lot of people who are working on products, and now they want to build them," said Ashley Rajagopal, program manager of Amazon Technical Academy. "There is a huge need for software developers, and not just at Amazon. This program helps fill that gap that exists in industry right now."

Amazon Technical Academy is among a growing list of programs that provide Amazon employees the resources to gain critical new skills for in-demand roles, at Amazon and beyond. The company has pledged to skills train or "upskill" 100,000 employees by 2025, backed by a $700 million investment.

"Through our continued investment in local communities in more than 40 states across the country, we have created tens of thousands of jobs in the U.S. in the past year alone," said Beth Galetti, senior vice president of human resources. "For us, creating these opportunities is just the beginning. While many of our employees want to build their careers here, for others it might be a stepping stone to different aspirations. We think it's important to invest in our employees, and to help them gain new skills and create more professional options for themselves. With this pledge, we're committing to support 100,000 Amazonians in getting the skills to make the next step in their careers." 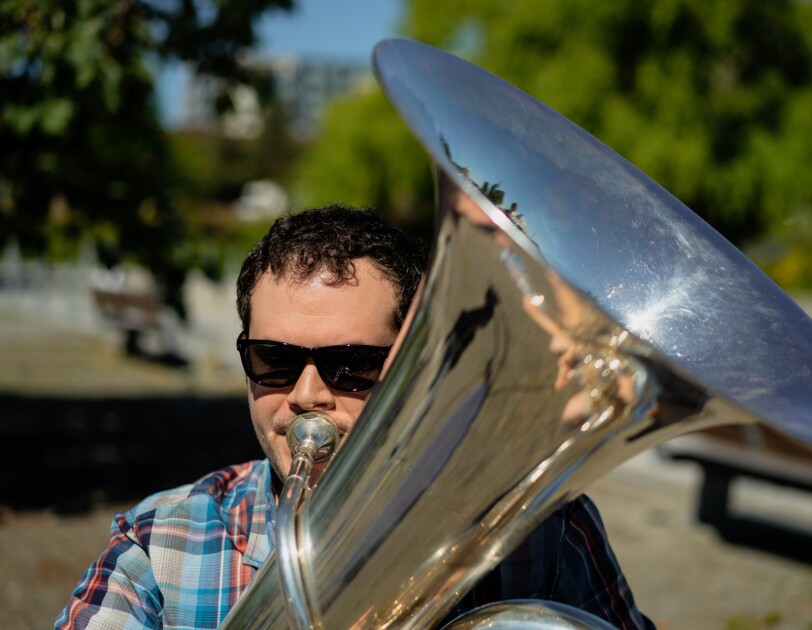 Aaron Edberg played the tuba in college. Once he graduates from Amazon Technical Academy, he hopes to create a new feature for Amazon Music customers as a software development engineer.
Photo By JORDAN STEAD 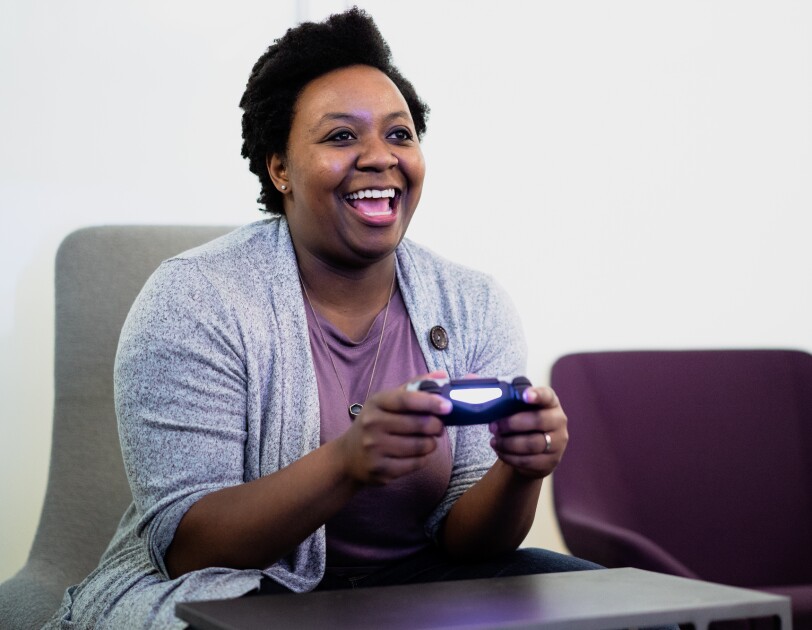 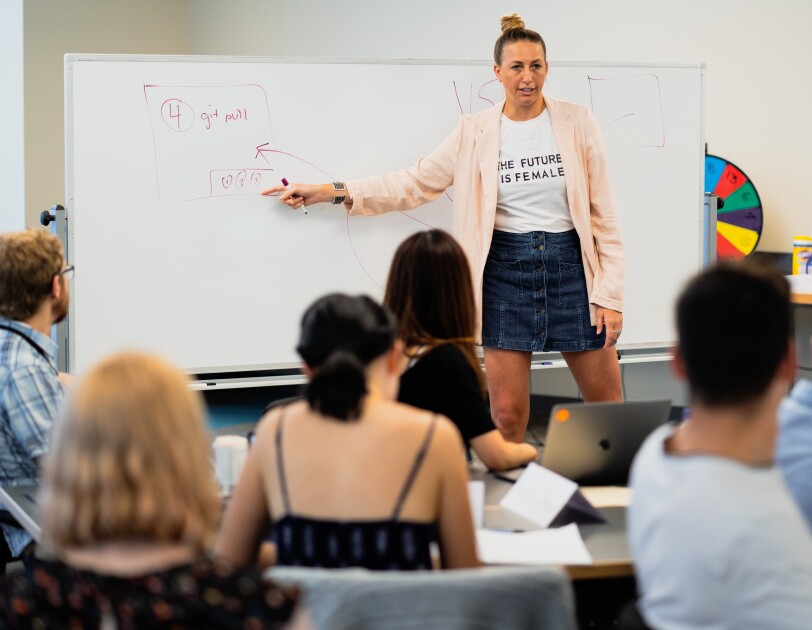 Halston Crites is a software development engineer at Amazon and instructor at Amazon Technical Academy.
Photo By JORDAN STEAD 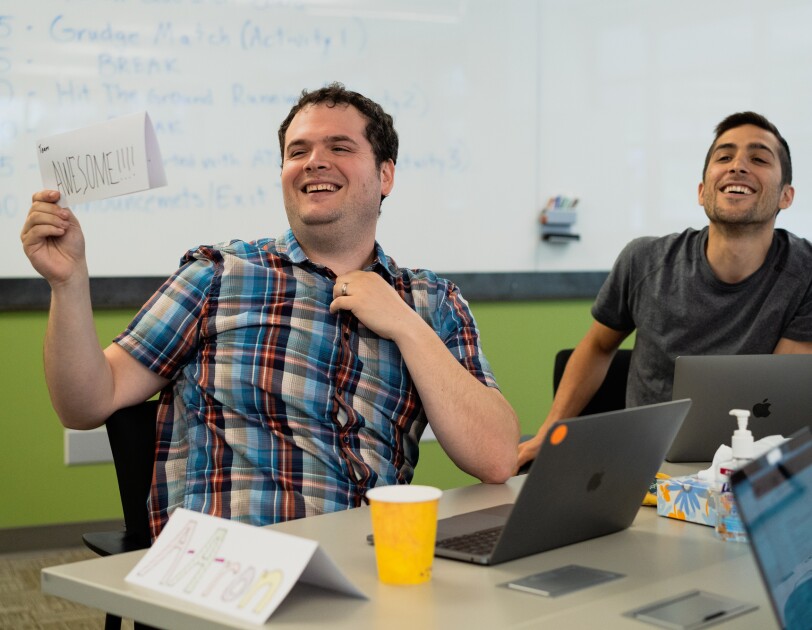 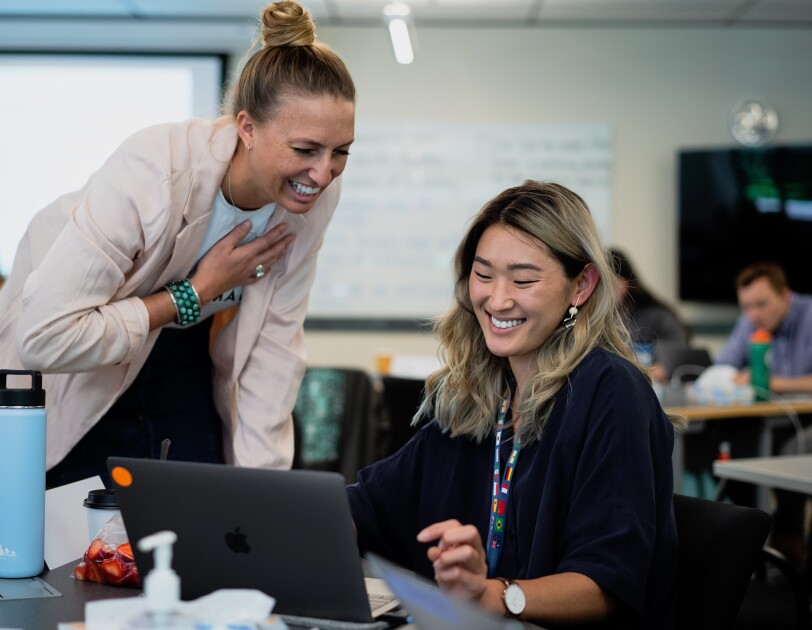 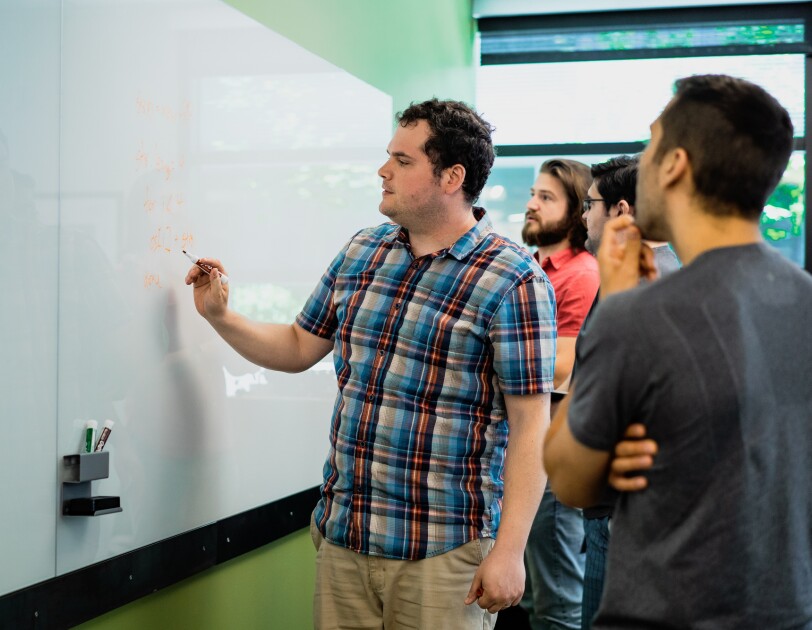 There are more job openings in 2019 (7.4 million) than there are unemployed Americans (6 million), according to the U.S. Bureau of Labor Statistics (BLS). In looking at job growth over the next decade, the BLS anticipates some of the fastest growing jobs will be in skilled areas, including software developers, medical assistants, statisticians, nurse practitioners, and wind turbine service technicians. This represents an opportunity for anyone who cultivates more technical skills to move into higher paying roles. Amazon's upskilling pledge creates new opportunities for our employees to get trained at their place of work, in high-demand areas like medicine, software engineering, IT, and machine learning.

Aaron Edberg enrolled in Amazon Technical Academy to take his technical skills to the next level. Like Chelsea James, Edberg did not have a technical background. He played the tuba in college and graduated with an English degree. "Coding is like playing music because you put part of yourself into your creation," said Edberg. "When you’re playing the tuba, it’s not just about playing notes on a page, it’s about putting your own creativity into it, to make it much more musical. Coding is similar in that you need to tap into your own creativity to come up with solutions to problems."

Edberg currently works as a support engineer for Alexa Music. Once he graduates from Amazon Technical Academy, his goal is to create a customer-facing feature involving music. "Completing this training gets me one step closer to that, with the skills I'll need to build something that customers will love."

Chelsea James is living her dream, after graduating from Amazon Technical Academy in 2018. She now works as a software development engineer supporting Twitch Prime. "It marries my passion for video games, entertainment and the arts with this newfound engineering skill set," said James.

Reflecting on resistance—51 years ago, and today

Honoring Black activists and leaders who "gave us freedom to love so loudly today."
Continue Reading
Working at Amazon

As the country grapples to overcome ongoing racial injustices, reflecting upon Juneteenth feels especially poignant this year. We've come a long way, but still have a long way to go.
Continue Reading
Amazon responds to COVID‑19
How we're supporting our employees, customers, and communities
Learn More
Return to video player ➡ 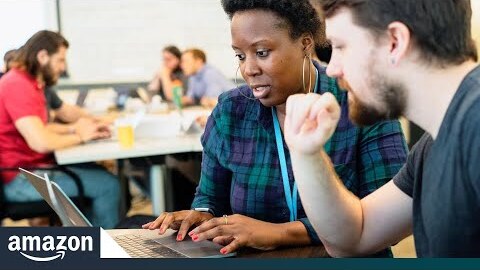 A way to train for new careers