Amazon's largest wind farm to date is adding more than 1 million megawatt hours of clean energy to the grid each year.
By Neal Karlinsky

Amazon Wind Farm Texas is an array of 300-foot-tall, white turbines that dot the landscape just outside the West Texas town of Snyder. There are more than 100 turbines and their scale is enormous. When the blades are spinning, they cover an area nearly equal to two football fields.

Amazon Wind Farm Texas was built and is owned and operated by Lincoln Clean Energy, a leading developer of wind and solar projects across the United States.

"Investing in renewable energy is a win-win-win-win – it's right for our customers, our communities, our business, and our planet," said Kara Hurst, Amazon's Worldwide Director of Sustainability. "We now have 18 wind and solar projects across the U.S. with more than 35 projects to come. These are important steps toward reaching our long-term goal to power our global infrastructure using 100% renewable energy. "

Officials in Snyder, Texas say the investment has already given their community a boost, since the wind farm pays out cash directly to landowners, schools, and the community-at-large for the use of local property. And tax revenue has increased 200 percent in the county, thanks to the massive investment.

"The wind energy and those turbines have directly affected our bottom line positively and helped stabilize us in a tough economic time the last several years," said Scurry County Judge Ricky Fritz.

Judge Fritz said the community has undergone a massive shift. Traditionally, residents made money off of what was underground, namely oil. But prices are constantly fluctuating, making revenue difficult to rely on. They also make money from the land itself, through ranching. Today, they're profiting from what's just above that same land – the wind.

Amazon has launched 18 wind and solar projects across the U.S., with over 35 more to come. Together, Amazon's projects will generate enough clean energy to power more than 330,000 homes a year.

We are also introducing "Compact by Design," a new certification for products designed to reduce carbon emissions through increased efficiency and better packaging.
Continue Reading
Sustainability 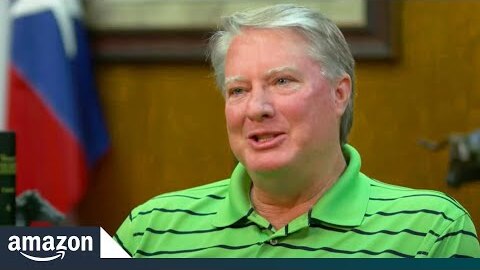 A Texas oil town learns to love the wind