The gift of great taste

Up-and-coming tea company works to bring comfort and joy to your gift list.
By Day One Staff

The yearlong push to prepare products for Amazon’s virtual shelves has hit the holiday homestretch for more than 1 million U.S.-based small and medium-sized businesses. One of those companies is queuing up “twenties of thousands” of items in anticipation of record sales.

Tea Forté’s ornate arched window with gift bags painted on the exterior beckons passersby to step off of Boston’s swanky Newbury Street and into what customers call tea heaven: a garden of clear containers holding tea leaves curated from 35 countries, gift boxes in ribbons, and tea sets in glass, silver, and copper displayed on the walls. While shoppers sip samples of flavors - from mellow to spicy, bright to soothing, the high-end tea maker works overtime to keep up with steady online demand for holiday events and gift giving.

Jurgen Nebelung, Tea Forté’s vice president of commerce and digital said Amazon Prime Day earlier this year was the company’s biggest day ever. “During our peak hour, customers were purchasing one Tea Forté product every two seconds,” Nebelung said. “We expect the holidays to be like Prime Day, but even bigger.”

The company shipped 18 truckloads of tea to Amazon’s fulfillment center in Joliet, Illinois; a massive replenishment of stock for November and December. In 2017, over just five days, from Thanksgiving through Cyber Monday, nearly 140 million items were ordered from small and medium-sized businesses on Amazon.com. “We do have some anxiety around it,” Gebrael said. “Those tend to be big days for us. We plan accordingly.”

After water, tea is the most popular drink on Earth, according to the Food and Agriculture Organization of the United Nations, which found that millennials are drinking tea at record rates. Gebrael hopes those devout tea lovers aren’t the only ones indulging in the timeless ritual of sipping tea. “When you think about the richness of being mindful about what you put into your body, being mindful about decompressing and balancing your life, it’s just a perfect moment for tea,” Gebrael said. Tea Forté refines the process of blending, testing, re-blending, finding the perfect balance in the world’s top one percent of tea leaves.

Earlier this year, Tea Forté opened its first storefront, on Boston’s Newbury Street. Two more stores in other cities are planned for 2019. Five years ago, before selling on Amazon, the company’s signature pyramid was available only through independent shops around the country and hotels worldwide.

“The expansion goes beyond just a brick and mortar,” Gebrael said, “We just started selling on Amazon in the EU in July. We have a lot of ground to cover. We already ran out of stock in some warehouses in Europe.”

Winter Chai. Spiced Ginger Plum. Rum Raisin Biscotti. Gingersnap. Tea Forté’s lineup of seasonal flavors is included in exclusive products for Amazon shoppers this year. In addition, Tea Forté’s holiday collection, Warming Joy, is being presented in 20-piece, 10-piece, and single steeps wrapped in festive white, gold, silver, and red boxes adorned with snowflakes. “What we get in the pyramid is that space that the full leaf of tea needs to expand and unleash all the bouquet of the blend,” Gebrael said. “The pyramid. That’s who we are.” 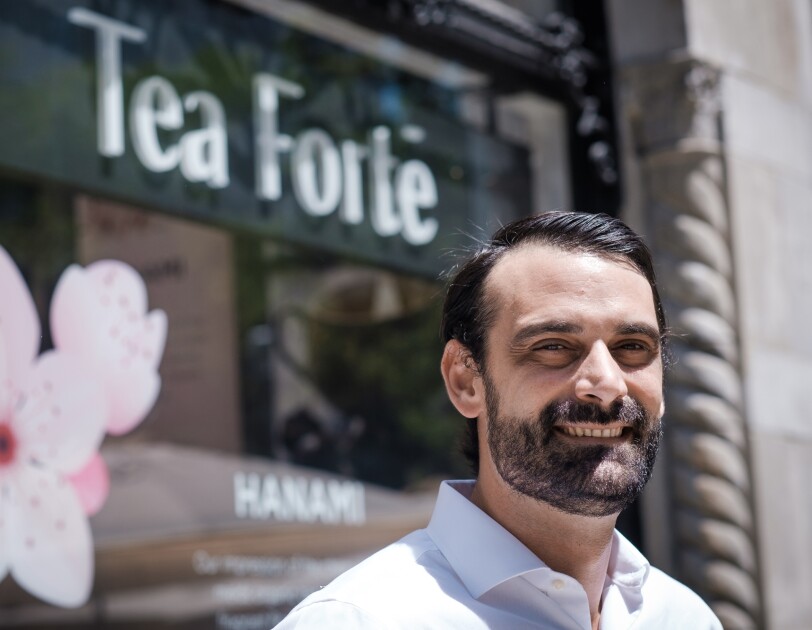 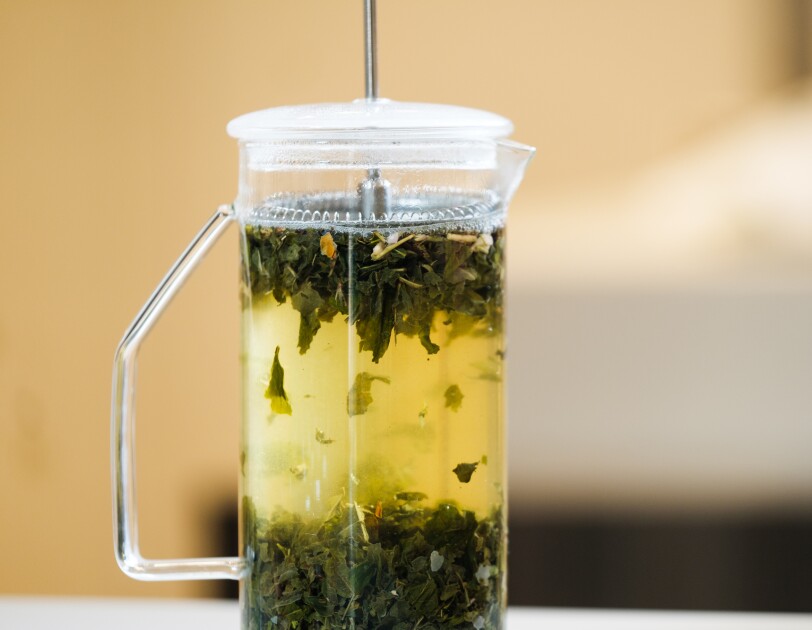 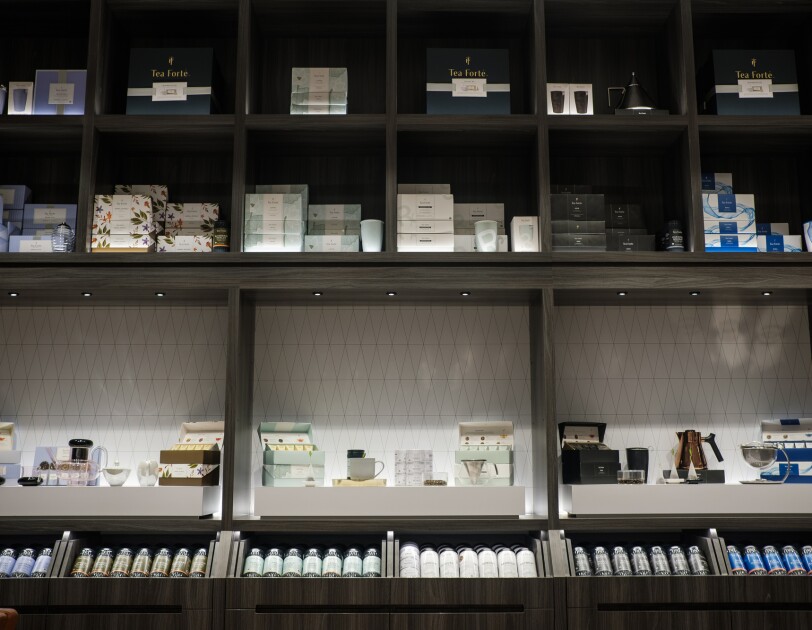 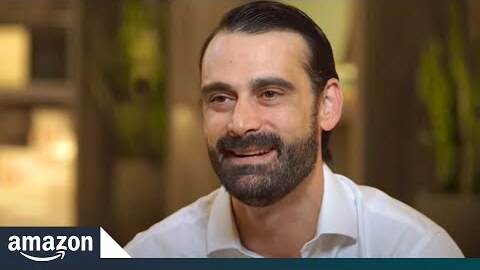 A tea maker adds warmth to the holidays