New IDC research finds small and medium-sized businesses selling in Amazon’s stores are over two times more likely to see rapid sales and hiring growth compared to those who don’t.
By Nick Denissen

These are some of the findings from a new IDC survey of 350 U.S SMBs, commissioned by Amazon, to help us learn how to further improve the many tools and services we offer to support SMB sales and overall growth. Small businesses alone make up 99.9% of U.S. businesses and employ almost 60 million people, according to the Small Business Administration. Amazon’s independent selling partners, most of whom are SMBs, account for more than half of Amazon’s physical merchandise sales. 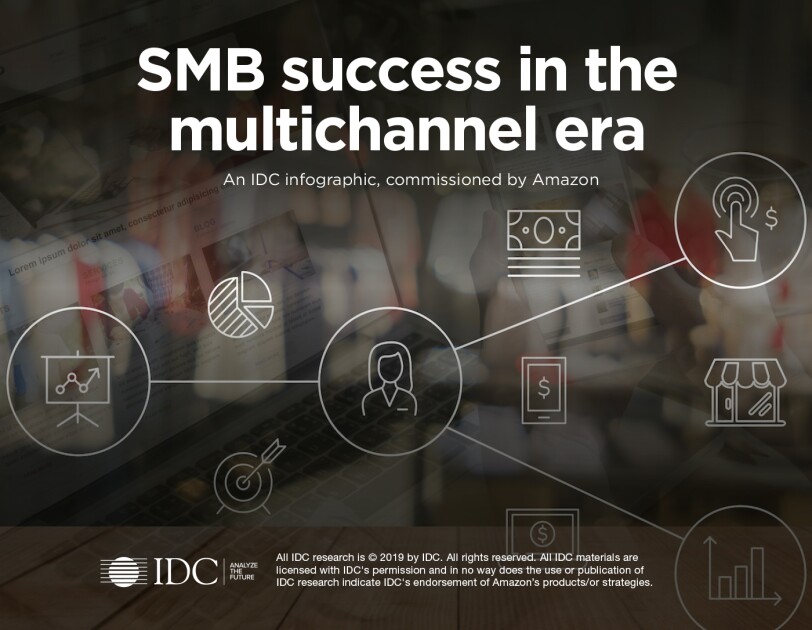 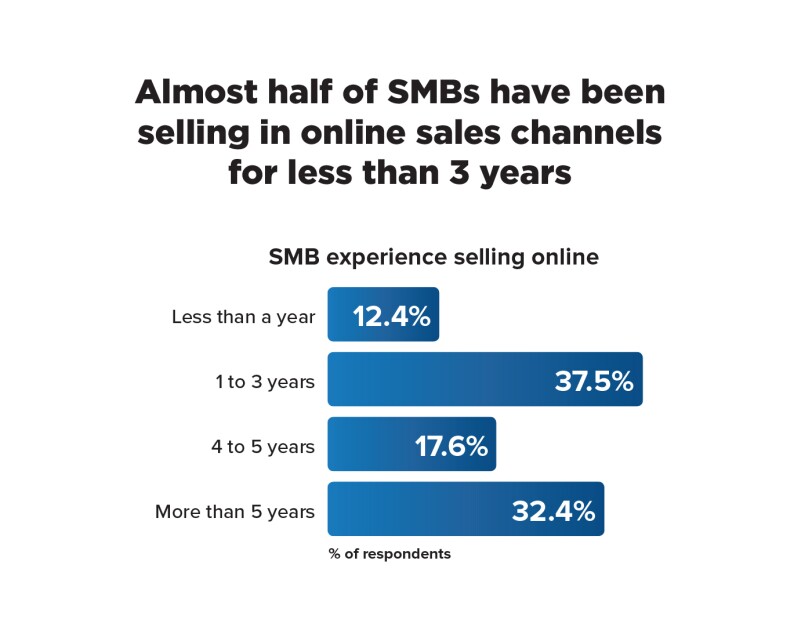 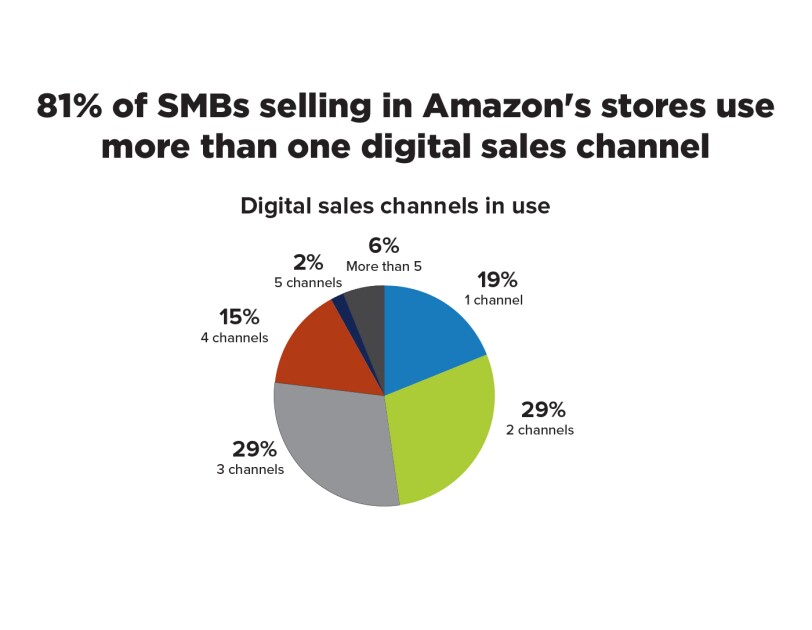 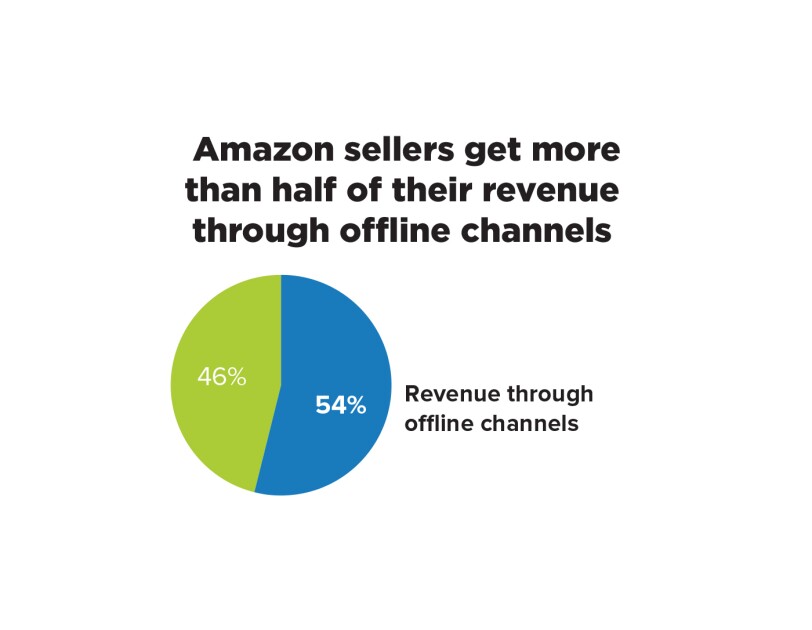 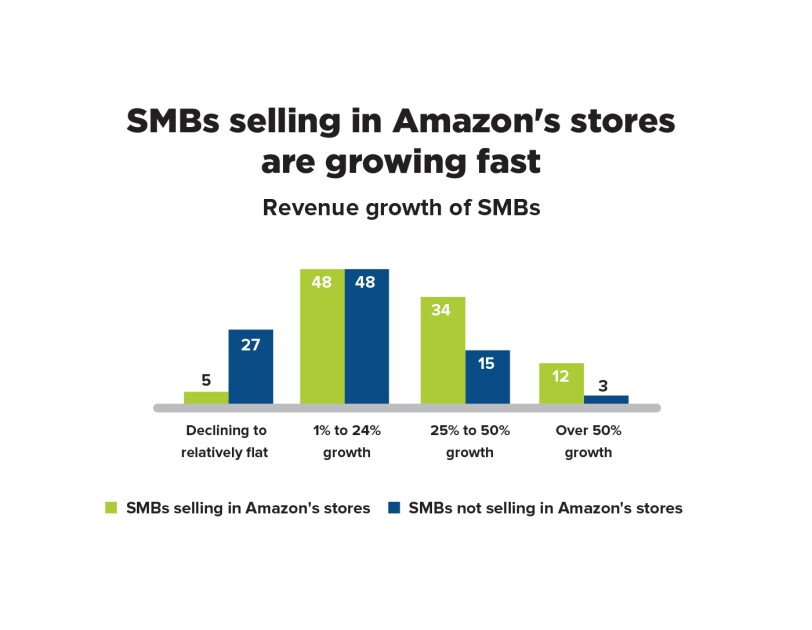 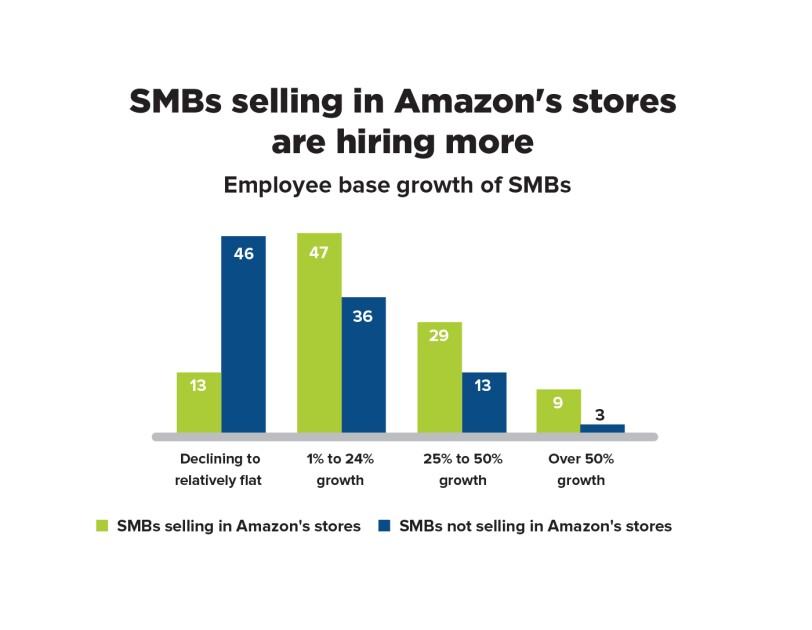 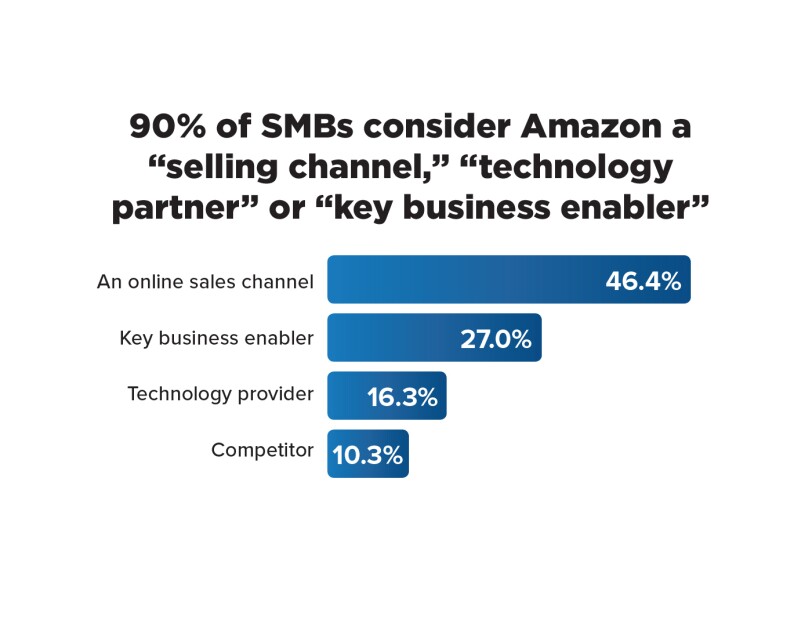 Shari Lava, Research Director, Small and Medium Business at IDC, shared, "Every small business surveyed is already selling to customers through online channels or planning to do so by the end of 2021, which is a huge step forward for SMBs as it empowers them to sell to customers across the country and around the world. It's clear that selling through online channels—either through their own website or a third party website—is boosting SMB growth and driving job creation across the country."

The report also found that 90% of the respondents said they "trust Amazon," and 90% also see Amazon as a "selling channel," "technology partner," or "business enabler."

SMBs are critically important to the U.S. economy and are an essential part of Amazon and the customer experience we obsess over every day. Their success is key to our success, and we invest heavily in infrastructure, tools, services, programs, and people to help our selling partners; in 2019 we spent $15 billion.

I'm thrilled to see sellers in the U.S. and around the world thrive and enjoy record sales in Amazon stores. Altogether, they are selling an average of 4,000 products a minute and they have created more than 800,000 jobs. Particularly exciting, a little more than one year after launch, Amazon Storefronts–our store to exclusively shop American companies–grew to more than 2.5 million items from nearly 30,000 small and medium-sized businesses from all 50 states, with more than 250 million items sold to more than 70 million customers.

U.S.-based sellers represent a majority of third-party businesses and sales in our U.S. store, and we enable these SMBs to reach customers in more than 180 countries around the world, with rapid sales growth in Europe, Canada, Mexico, Japan, and beyond. In 2018, companies based in the U.S. sold more than $2 billion in our international stores.

All in all, there are great opportunities ahead for SMBs. Thank you to the SMBs selling in our stores and the customers who shop their products.

Small business SellersRetailShopping
About the Author 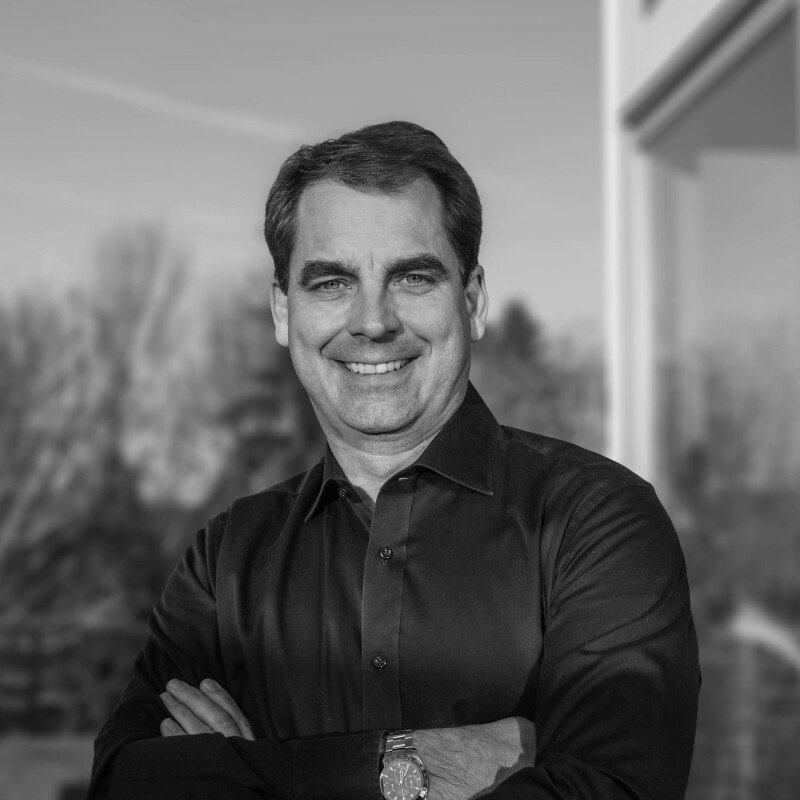 Nicholas Denissen is vice president of small business at Amazon, overseeing the development of programs, services, and advocacy to empower small businesses across the company. He has been with Amazon for more than 10 years in various leadership roles in the US and in Germany. Nicholas started his career as an engineer with McDonnell Douglas and went on to build and lead technology and e-Commerce companies. He is a commercially licensed pilot who enjoys flying airplanes and exploring the Pacific Northwest.
Small business

How third-party sellers on Amazon are making a big impact in their communities.
Continue Reading
Amazon responds to COVID‑19
How we're supporting our employees, customers, and communities
Learn More