A love for the outdoors and a knack for inventing led David Toledo on a journey to enlighten the world.

"I've spent a lot of time outdoors so I wanted to have some of those creature comforts in the backcountry," he said.

While sitting around a campfire one night with his friends, their portable speaker died and they had no way to charge it. "We're just sitting next to this fire that's putting out all of this energy and I thought if I can just capture even a small fraction of the energy coming off this fire, I could use it to charge my speaker," recalled Toledo.

That spark of an idea led Toledo and his college buddy, Paul Slusser, to invent the Power Pot, a camp stove that also powers mobile devices. After initial interest in the product through sharing their story and crowdfunding, Slusser and Toledo ultimately parted ways and Caleb Light joined to help launch Power Practical. "We had pre-sold one-thousand units and raised almost $130,000 dollars and were just like, 'whoa,'" said Light.

If you're an entrepreneur and you've got a great product then there's no better way to test just how great it is and to reach an audience than on Amazon.

At the time, Toledo was in grad school pursuing his PhD in engineering. With Power Practical's early success, Toledo suddenly found himself on a different path. "When I told my mom I wanted to leave grad school and start my own business she definitely tried to dissuade me. But at the end of the day it was something I wanted to do."

As their business grew, it caught the attention of the show Shark Tank and entrepreneur Mark Cuban who saw potential in Power Practical.

"The two things I look for is a product that I didn't know existed, and entrepreneurs that I think are smart and driven. And I saw both," Cuban said.

Power Practical developed more products: a waterproof LED light strip powered by USB called the Luminoodle; and a flashlight, lantern and lighter all in one named The Sparkr.

After Mark Cuban's investment through Shark Tank, Power Practical's products started showing up on store shelves. "It's super exciting when you can do a deal and suddenly you're in 250 locations," said Light.

But there was a problem. As an unknown brand, they were having trouble finding traction in retail locations. "We were taken aback," said Toledo, who wondered "What's broken?" and "Why isn't this working?"

"They would come to me saying, 'we need more money, we need more money. And I was like, it's not the money we need," said Cuban, who knew the company was in trouble, "We need a better approach."

That approach—selling their products on Amazon.com.

"You have the audience, you have the marketing might, you have the logistics," Cuban said. "If you're an entrepreneur and you've got a great product then there's no better way to test just how great it is and to reach an audience than on Amazon."

Power Practical's products are available through Amazon Exclusives, which works with select brands to help bring their items to Amazon. Items are stored in the Fulfillment by Amazon network, which means they are eligible for free two-day shipping to Prime members in the U.S.

In 2016 Toledo and Light shifted their strategy, selling Power Practical's products on Amazon and their own company website.

"Six months in we were already doing more money than we had the last two years," said Light.

Today, Power Practical is developing more innovative products and the company reports their sales overall have been strong.

"We're building a business that we couldn't do before Amazon," Toledo added. "We're able to follow what we want to do and have the confidence that we can be successful."

At our Amazon Accelerate seller conference, we announced that we'll invest a record $18 billion in 2020 to help independent sellers succeed in our store. It's a win-win partnership—Amazon's success is the success of American small businesses.
Continue Reading
Small business 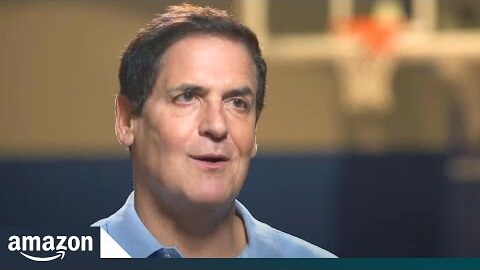 The story behind a bright idea for camping