Misbehaving dogs and cats led this family to find a way to spray away the mess. Thousands of five-star reviews later, their thriving Amazon store delivers the goods.
By Neal Karlinsky

While a baby in a walker rolls one way, three dogs scramble across the room, a seven-year-old scoots by on a skateboard, and the orders keep flowing in. This is what it looks like on any given day in the world of Rocco & Roxie Supply Company – a family run pet supply business that sells across the United States and Europe, from its base in Provo, Utah.

Two brothers started the company in 2013. Morgan and Matson Magleby originally worked out of their 88-year-old father’s house. In the six years that followed, business has grown to the point that they now count more than a half-million customers.

Explore the Magleby family's products for pets and the people who love them.
Shop for your pet

“We actually launched our business on Amazon. If that opportunity hadn't existed, I don't think we would be here today,” said Morgan, adding that they didn’t even have their own website at first. “We have to pinch ourselves regularly because we're so surprised at how our company has grown in a relatively short period of time.”

In 2013, they joined Fulfillment by Amazon (FBA), which allows small businesses to have Amazon manage the storage, packing, shipping, and customer service for their products. Small- and medium-sized businesses selling in Amazon's stores come from every state in the U.S., and from more than 130 different countries around the world.

Rocco & Roxie’s products range from pet toys and snacks to personalized identification tags and other accessories. But the product that put them on the map, is one any dog or cat owner can relate to.

“Our number one item is our stain and odor eliminator. We have over 6,000 five-star reviews on Amazon for this product because people love it,” said Morgan, who marvels at the number of repeat customers who seem to have some pretty accident-prone pets. He also takes great pride in this particular product, which he says launched the company’s steady upwards climb in the world of pet supplies for a simple reason: it works.

That formula, the treats, and other products are the result of research, despite the small company’s size. An in-house vet and Ph.D. food scientist help create the company’s successful products, many of which are not only American-made, but made in Utah.

“Every day feels kind of like a family reunion at our office,” said Matson, owner of Rocco, the Labradoodle that makes up one half of the company name. Roxie, the cat, belongs to Morgan who rescued her from a shelter.

Over the years, both animals, along with a growing number of dogs around the office, have served as playful product testers for everything from chewy balls to treats and even joint supplements. And as business has taken off, the brothers, their pets, and human relatives have expanded from their father’s house, to three offices within an industrial park. This summer, they plan to move into a new 6,000-square-foot office and warehouse which is under construction nearby.

“I would say that we're a true Amazon success story,” said Morgan. 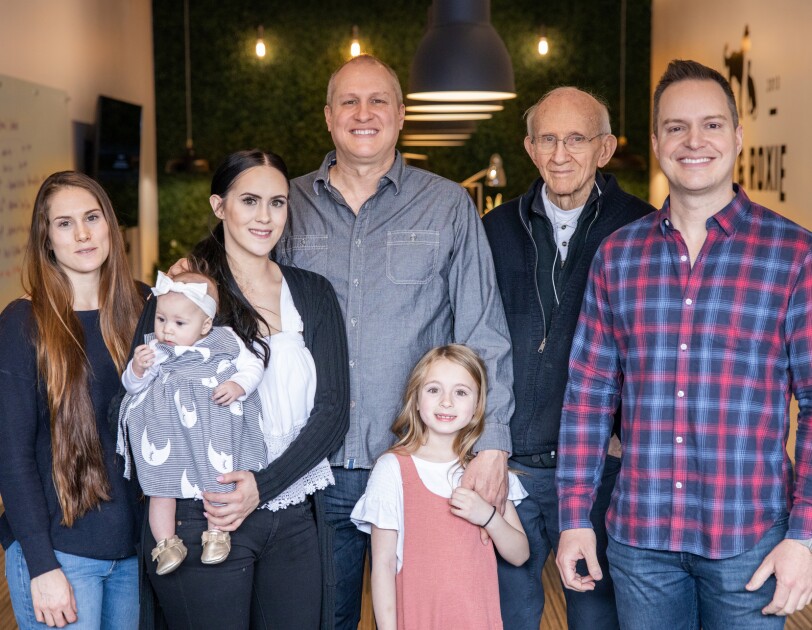 Four generations of the Magleby family work in the office. 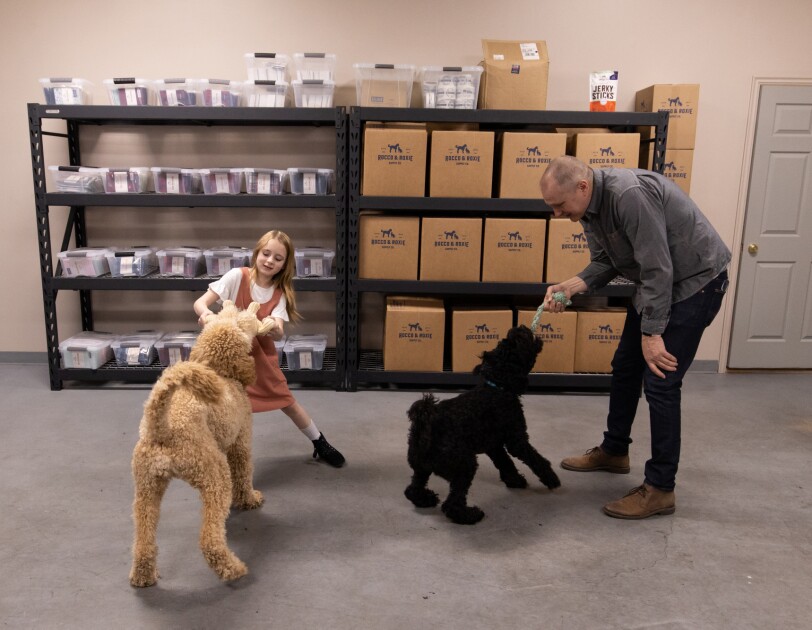 Product testing and play time are hard to distinguish. 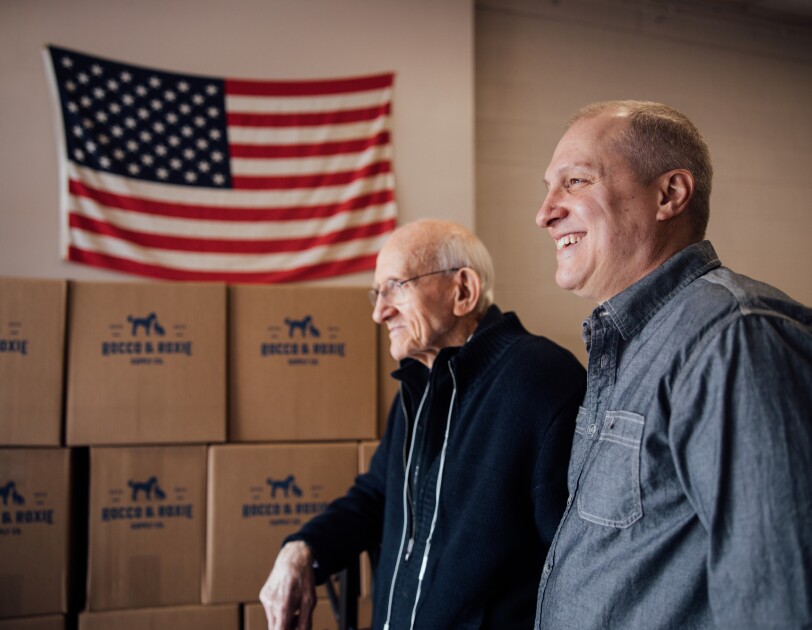 The company's products are American made — often in Utah. 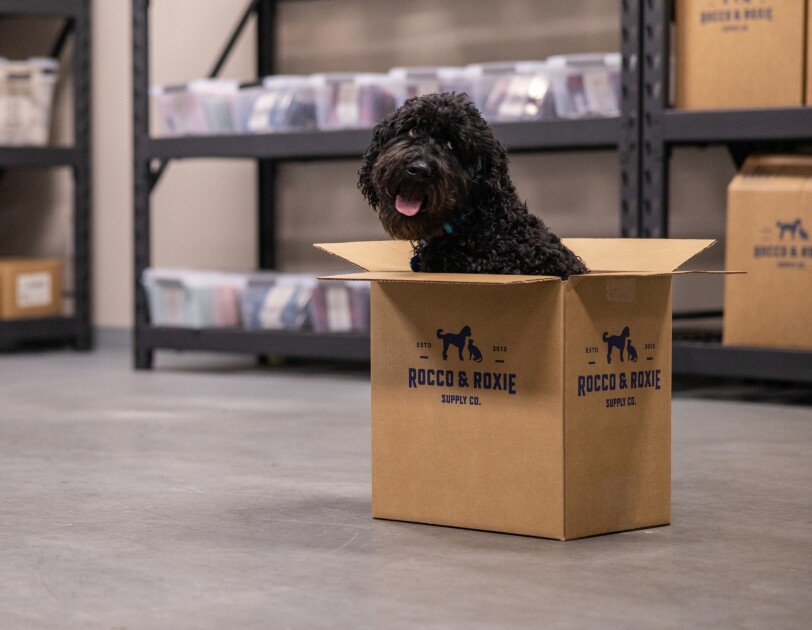 This is the “Rocco” half of the company’s name. According to the owners, Roxie the cat prefers to work from home. 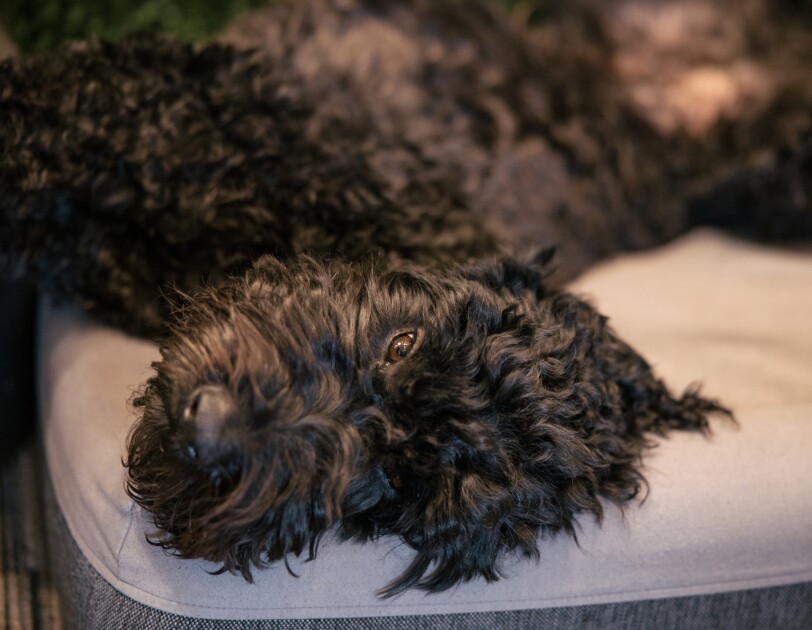 Sleeping on the job.
Amazon StoriesEntrepreneurs Small business Dogs PetsFulfillment by AmazonSellers
About the Author

Neal Karlinsky is a storyteller for Amazon & Senior Content Creator. He also loves eating chips.
How did you like this story?
Yawn
It's OK
It's good
It's great
I love it!
205 Ratings
Thanks!
Working at Amazon

How much does Amazon love dogs? Just ask one of the 7,000 pups that “work” here.
Continue Reading
Small business

A business born on the farm and grown on Amazon

Speeding to success in a place with no rush hour

Discover a small town that's home to more than a dozen businesses selling in Amazon stores.
Continue Reading
The Australia bushfire crisis
What Amazon is doing for support organizations on
the frontline of the Australian bushfire crisis, and how you can help.
See how you can help
X
Out for Delivery
Thank you!
Please try again
Quick news and rich insights from inside Amazon, delivered directly to your inbox every few weeks.
Check your inbox shortly for your very first Out for Delivery email. We’ll reach out every few weeks with more.
If you’re not redirected back to the blog in a few seconds, click here.
Looks like we had some trouble authenticating your entry. Let’s try again...
Amazon Privacy Policy | Opt-out Anytime
Return to video player ➡ 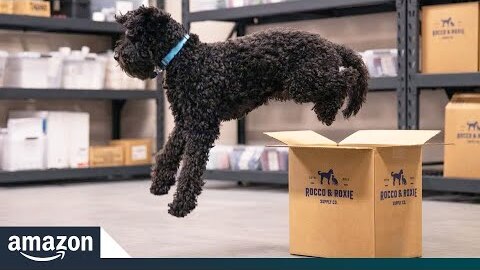