A business born on the farm and grown on Amazon

There's a dreamy little farm in Mooresville, Alabama that exists because Natasha McCrary's 8-year-old son, Gamble, fell in love with a rare, docile, teddy bear-faced breed of sheep during a family vacation. 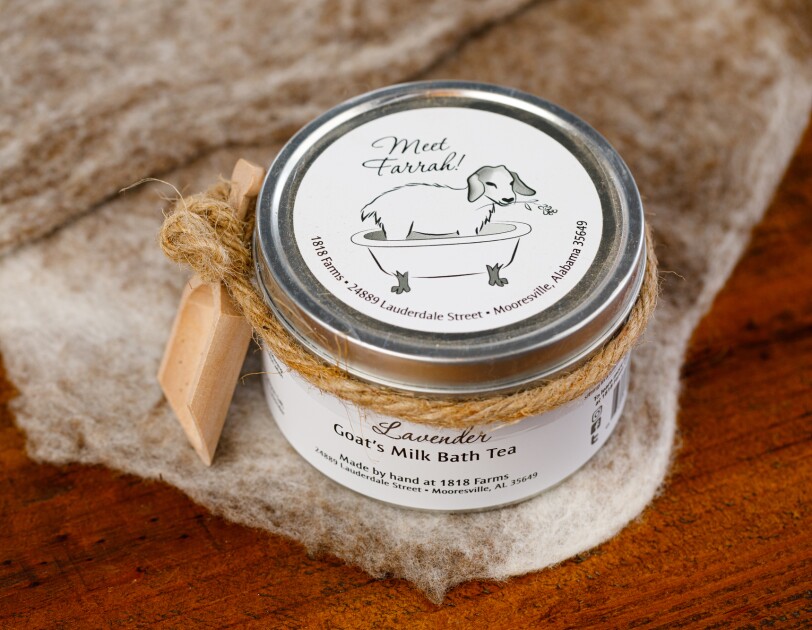 Farrah the goat is featured on Lavender Goat's Milk Bath Tea from 1818 Farms. Explore their full line of bath and lifestyle products on Amazon Handmade.
Photo By JORDAN STEAD 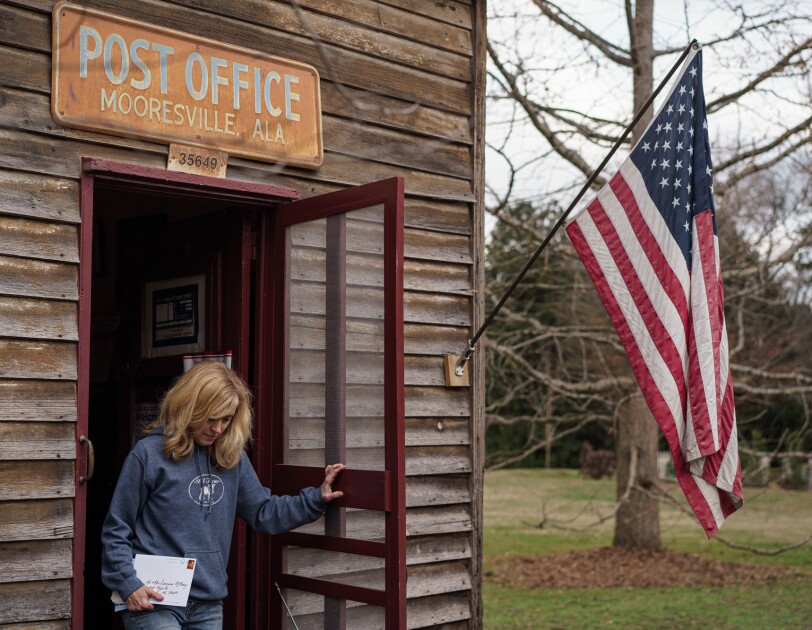 The post office in Mooresville, Alabama, population 58. 1818 Farms is named for the year Mooresville was incorporated.
Photo By JORDAN STEAD 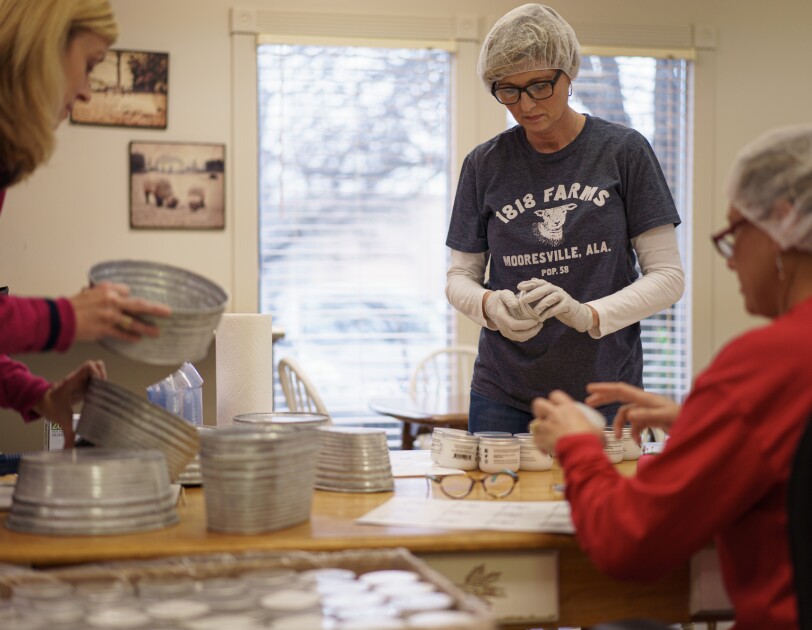 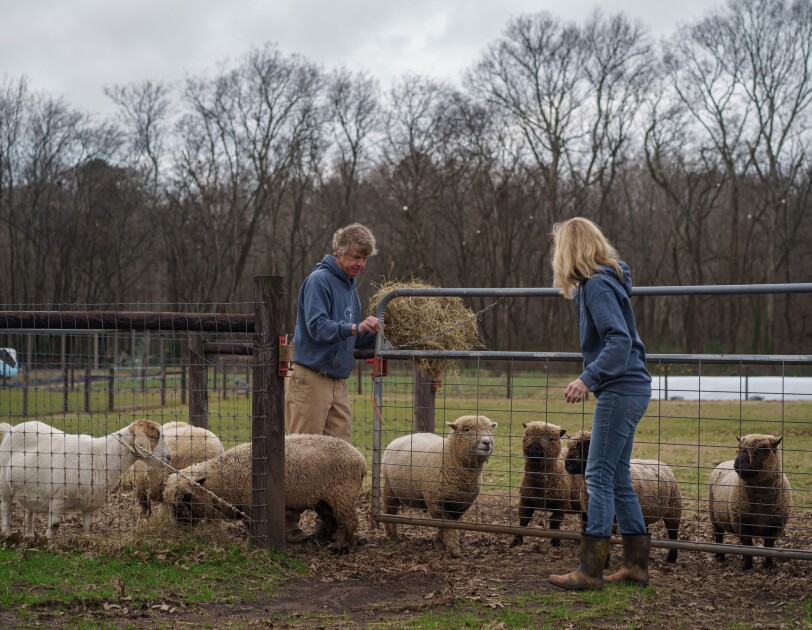 Natasha McCrary and her husband, Laurence, tend to their animals.
Photo By JORDAN STEAD 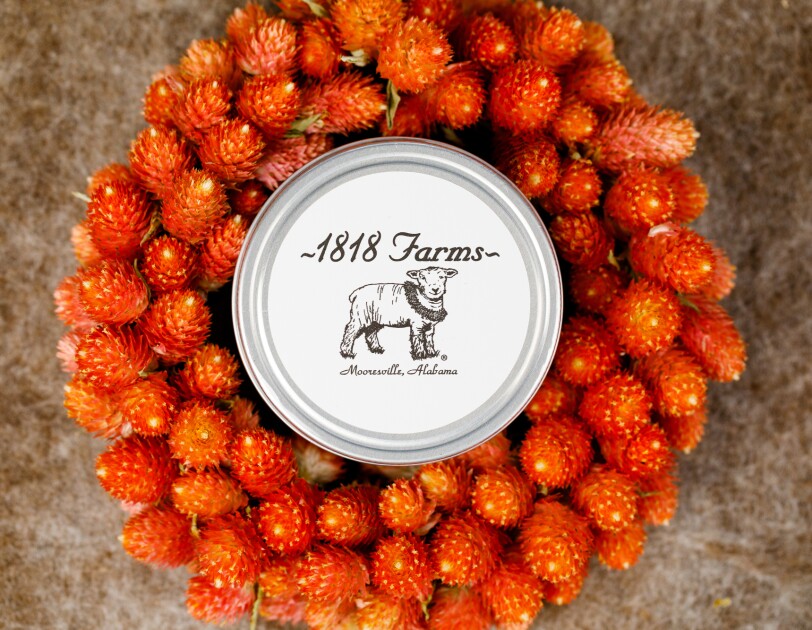 A handmade dried flower wreath surrounds a jar of 1818 Farms shea crème, featuring Lulu the sheep. Explore the full line of products from this small business on Amazon Handmade.
Photo By JORDAN STEAD 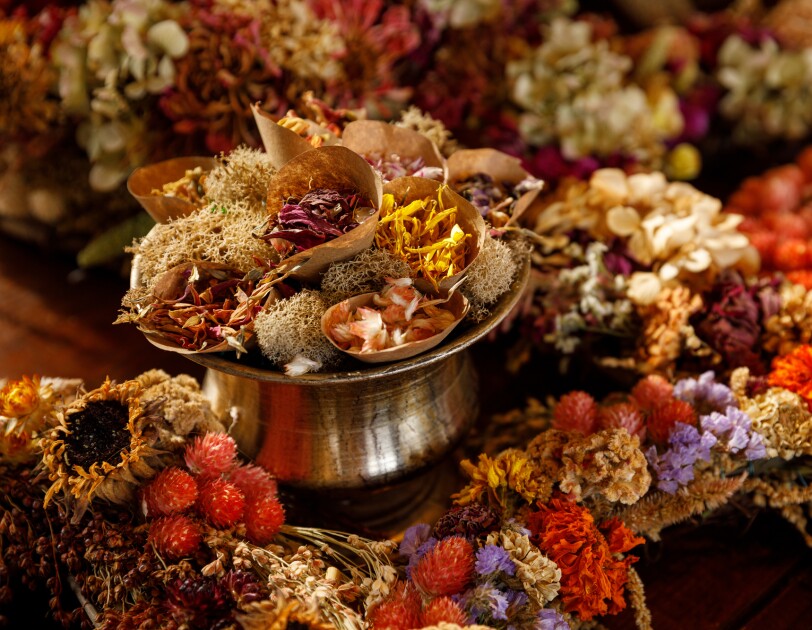 Dried flower wreaths and bouquets made from flowers grown on 1818 Farms.
Photo By JORDAN STEAD

"For weeks all he talked about was wanting to raise his own," said McCrary, who in turn began to wish she could start a farm.

McCrary knew it would be a serious undertaking. She had no experience raising the Southdown Babydoll sheep her son loved, let alone running a farm. But then she had an idea of how she could make it work: combine a farm with a small business that would help cover the cost of food for the animals. The result was 1818 Farms, a working flower farm that's also a line of bath and lifestyle products.

The three-acre farm soon became home to sheep, goats, pigs, chickens, dogs, and cats. McCrary made the animals the face of the handcrafted products she sells at the farm, in shops, and online. There's Clover's lip smack with a pencil drawing of the chop-licking pig. The Downward Dog yoga mat spray stars Justice, the Great Pyrenees guardian dog. And Farrah is the "cover goat" for Lavender Goat's Milk Bath Tea.

"I have such a connection with the animals and I want to share that with customers. It's like taking a piece of the farm home with you," McCrary said.

Building 1818 Farms was a lot to manage. "There are a lot of times when, especially owning your own business, I think you do hit a wall," McCrary said.

1818 Farms was known in Alabama, but McCrary wanted to continue expanding to other parts of the U.S. "Your product has to be in front of people on that other end of the computer for them to see it. We can't just focus on one customer. We have to really be thinking about how we can build the brand as a whole."

Amazon offered a way to do that. McCrary started listing her products with Amazon Handmade in 2017, an artisan-only community where small businesses sell their handcrafted goods online. "It's the credibility it offers a small brand like ours. It's just a broad base of customers we would never be able to reach without being on Amazon," McCrary said.

Amazon continually works to be earth's biggest champion of small and medium businesses. In 1999, the company opened virtual shelf space in its online store to independent sellers like McCrary. Since then, Amazon has invested tens of billions of dollars to help these businesses grow and succeed.

"Our selling partners are able to reach 300 million customers around the world," said Nicholas Denissen, vice president of small business at Amazon. "Our whole business model is fueled by empowering small businesses to better serve our mutual customers. Their success is our success. And for customers, shopping Amazon means supporting small businesses."

More than half of everything sold in Amazon's Stores worldwide comes from small and medium-sized businesses.

Amazon spent $15 billion in 2019 on infrastructure, tools, services, programs, and people to help its selling partners reach more customers and grow their sales. "And the minute they start using the tools and the programs that are developed at Amazon, it's a game changer," Denissen said. "I've met many who have actually said that they've been able to turn their hobby into their profession. And not only that, but they've been able to create jobs. They've been able to hire people."

Since joining Amazon Handmade, McCrary has seen her sales grow year after year, boosted by Amazon tools and services like advertising and Brand Registry, a free program that helps small businesses selling on Amazon protect their intellectual property and create trusted experiences for customers. Amazon's automated protections remove suspected infringing or inaccurate content. "It's a huge asset because as our products become more popular, it's comforting to know that Brand Registry can help protect us from someone selling knock-offs," she said.

1818 Farms was named Woman-owned Small Business of the Year in Amazon's first-ever U.S. Amazon Small Business Spotlight Awards in 2019. More than 1,300 companies applied for the awards, which were opened to public vote. McCrary said she's grateful "to be recognized for something that I've had to really dig in and learn—with the farm animals, the flowers, making the products. I feel like it's a great achievement." 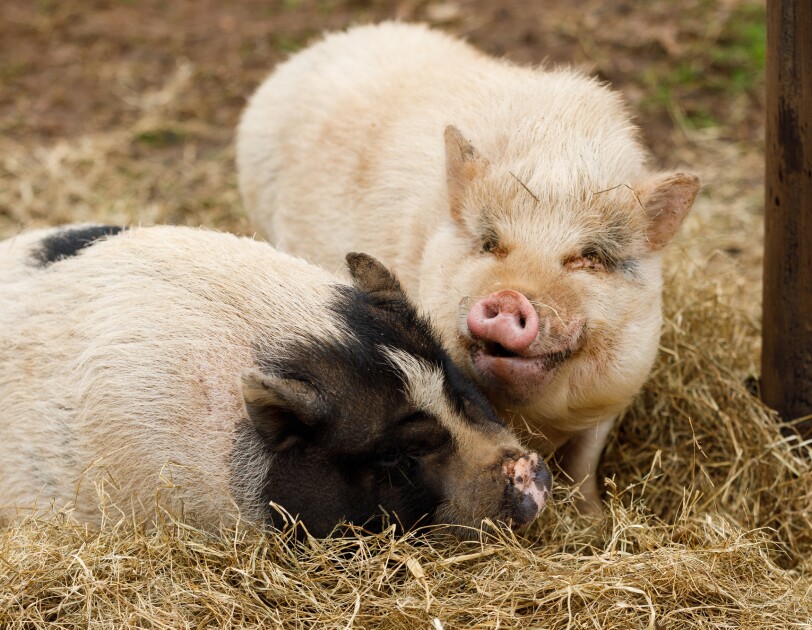 Clover and Mr. Riggs play in the hay at 1818 Farms.
Photo By JORDAN STEAD 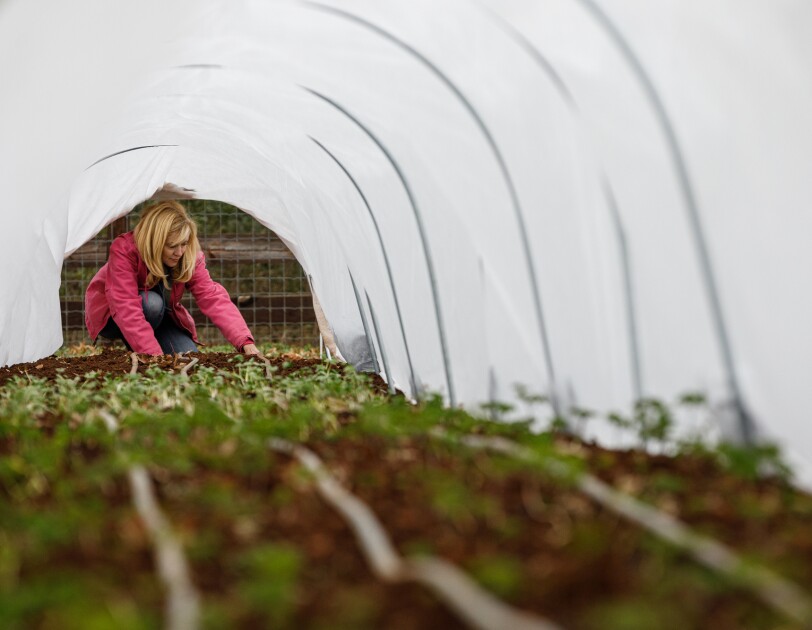 Natasha McCrary tends to tulips peeking out of the ground on her working flower farm.
Photo By JORDAN STEAD 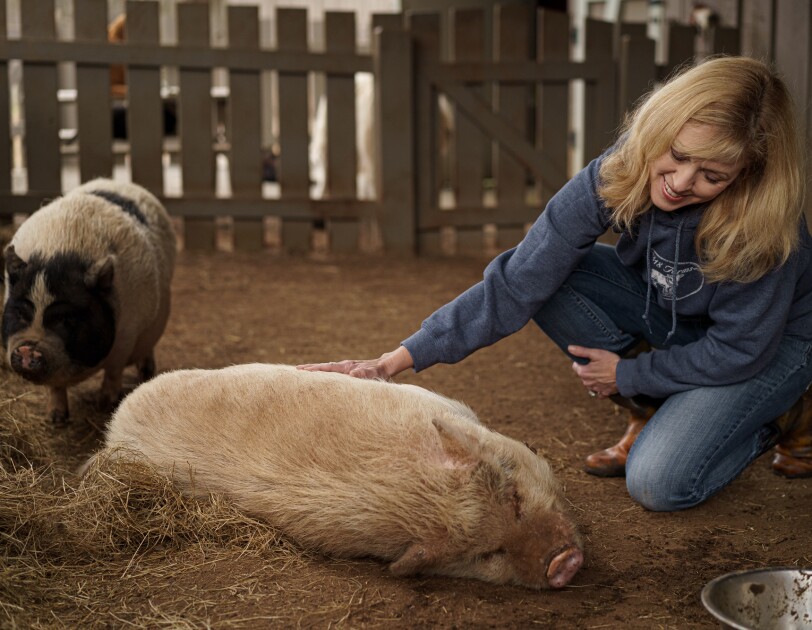 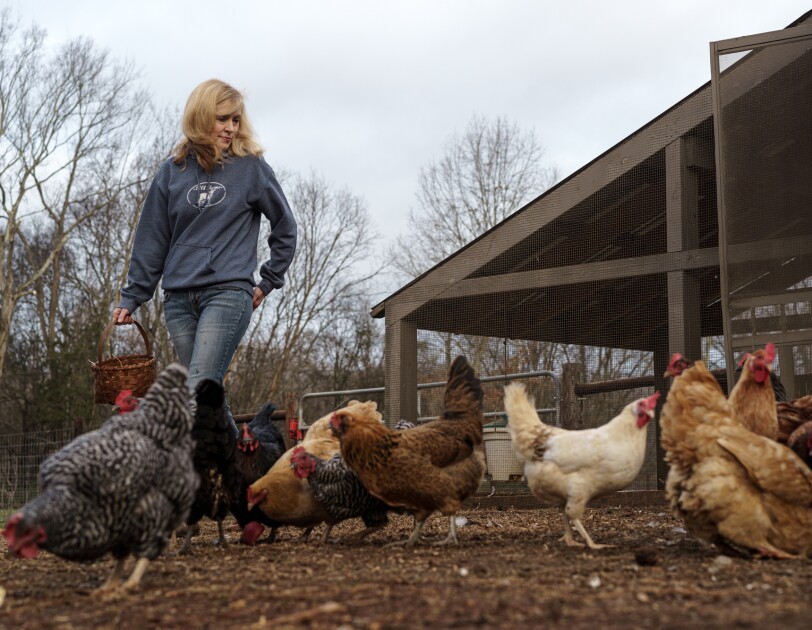 McCrary checks on the chickens.
Photo By JORDAN STEAD 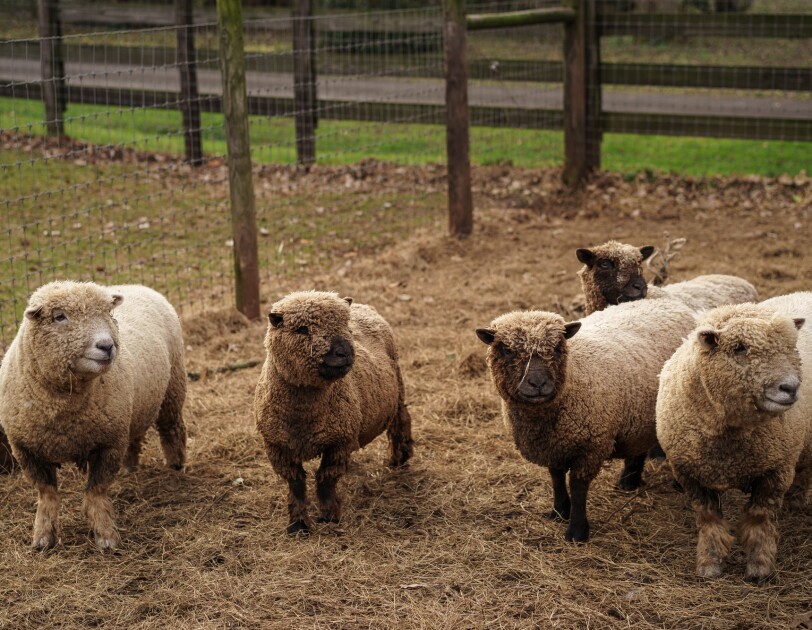 The Southdown Babydoll sheep is a heritage breed known for its teddy bear face and docile personality.
Photo By JORDAN STEAD 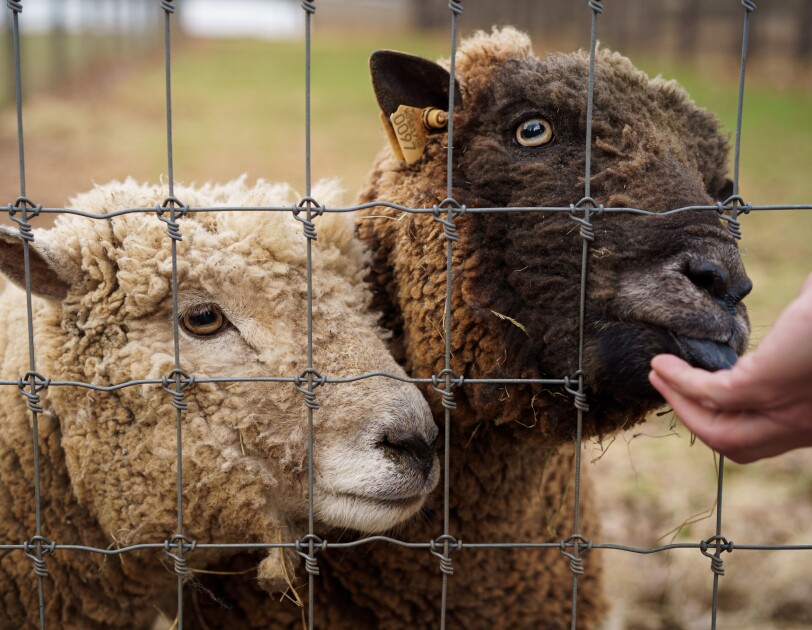 Feeding time with two of the sheep living on 1818 Farms.
Photo By JORDAN STEAD 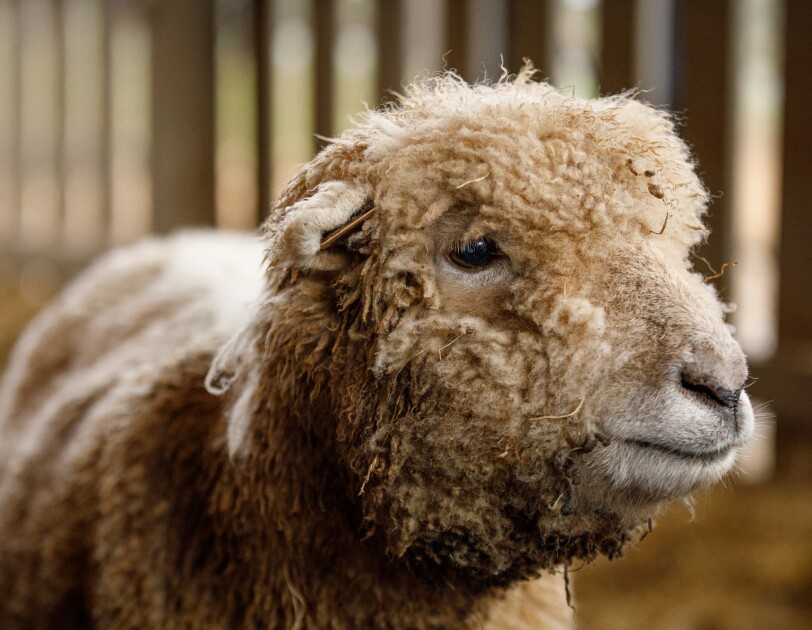 Lulu, a Southdown Babydoll sheep, is the cover model for the line of shea cream from1818 Farms.
Photo By JORDAN STEAD
SellersAmazon StoriesAlabamaHandmade at AmazonSmall business
About the Author

Meg Coyle is a recovering journalist, wife, mom, animal lover and storyteller.
How did you like this story?
Yawn
It's OK
It's good
It's great
I love it!
188 Ratings
Thanks!
Sustainability

Speeding to success in a place with no rush hour

Your own company, powered by Amazon

Amazon’s Delivery Service Partner program puts you in the driver’s seat of your own business.
Continue Reading
Amazon's new recyclable mailer
From the lab to the fulfillment center, employees contributed to the innovations behind a mailer
that can be recycled in the same bin as Amazon’s iconic box.
Take a look
X
Out for Delivery
Thank you!
Please try again
Quick news and rich insights from inside Amazon, delivered directly to your inbox every few weeks.
Check your inbox shortly for your very first Out for Delivery email. We’ll reach out every few weeks with more.
If you’re not redirected back to the blog in a few seconds, click here.
Looks like we had some trouble authenticating your entry. Let’s try again...
Amazon Privacy Policy | Opt-out Anytime
Return to video player ➡ 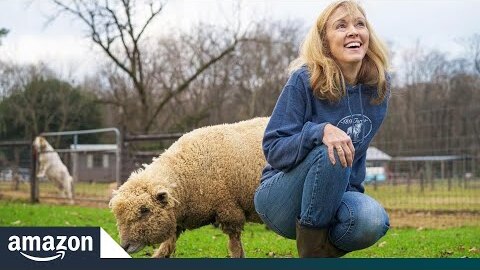 Going from farm to market on Amazon