Coloring outside the lines

Meet the artist who transformed a fleet of Amazon trucks into delightful icons across the U.S. and U.K.
By McKenzie Brickl

“I always wanted to go somewhere else, and I did that through books and drawings,” artist Kyler Martz said, thinking back on how much he was shaped by the rows and rows of books in his hometown public library. It was there that he discovered the step-by-step drawing instructions in Ed Emberley's books and taught himself to sketch out dragons, dogs, dolphins, and other animals. “I always loved drawing ocean stuff. It seemed so far away.”

The ocean was definitely far for a kid who grew up landlocked — in Oklahoma, Kansas, and finally Idaho. His love of “ocean stuff” carried through to the tattooing he did as an adult to make a name for himself as an artist. Sailing ships and sea creatures were also the stars of one of his first large-scale murals, which he created for a Seattle restaurant called The Whale Wins.

“That mural, in particular, grew bigger than me or my intentions,” said Martz.

Chris Tobey, senior manager, marketing and creative for Amazon Treasure Truck spotted the mural one night. He'd been working with a team to design a fleet of peculiar vehicles with a local feel to delight customers. These "Treasure Truck" vehicles would pop up with one great offer at a time, with products from new product launches like Nintendo to speakers and everything in-between.

The Treasure Truck team sifted through nostalgia, connecting over old hand-painted signs and neon light ups, to capture the anticipation of the circus coming to town, as well as the excitement and sheer spectacle of old Vegas marquee signs. They planned to team up with an illustrator to create custom artwork for each Treasure Truck city. Seeing Martz’s mural made the team realize that they’d found the artist with a knack for delightful storytelling combined with a handcrafted, vintage aesthetic that gave the truck its circus-meets-Vegas personality.

They reached out to Martz, who was ready to take on the challenge.

Amazon gave me freedom. I got to do what I wanted.

“We were able to handcraft the art for every one of the trucks,” Tobey said, sitting in Martz's unassuming backyard workshop and telling the story of a design collaboration that has now grown to a fleet of 35 Treasure Truck vehicles in 25 U.S. and 7 U.K. cities. “Originally, he wanted to paint them all by hand.”

“Thanks for not letting me do that,” said Martz. They both laughed.

Martz came around to digitally coloring his hand-drawn designs when he realized that he wouldn’t be able to complete the project on-time if he did everything by hand. Once he’d moved his designs to digital, he realized a benefit that he hadn’t considered. Martz in his Seattle studio
Photo By PAIGE MALOTT / Amazon 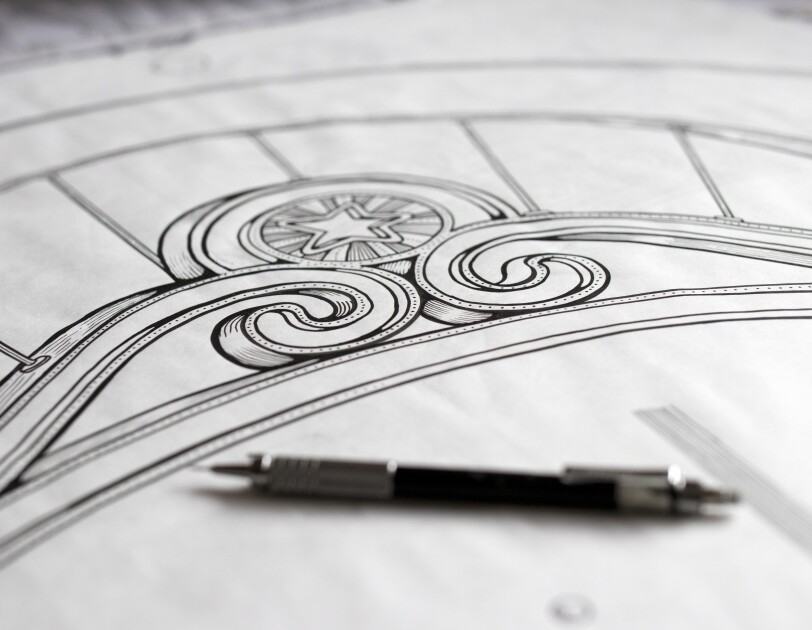 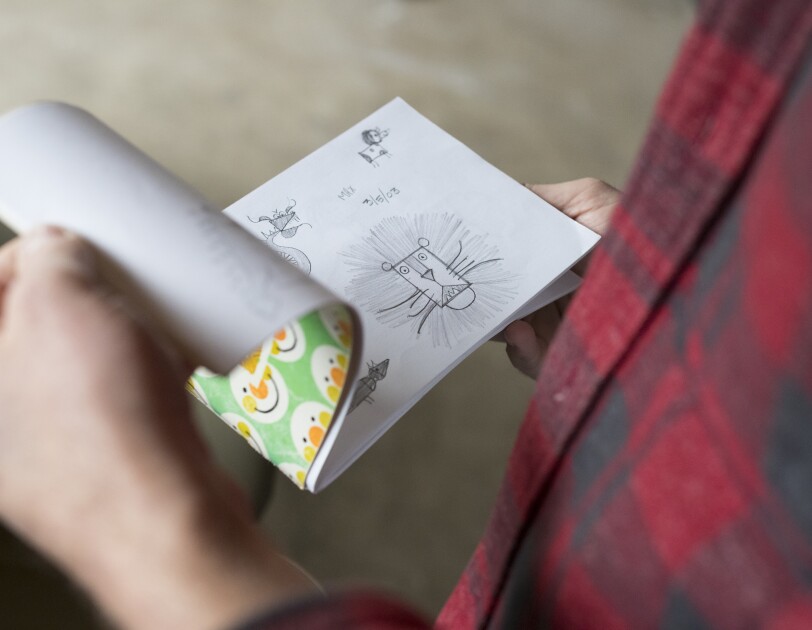 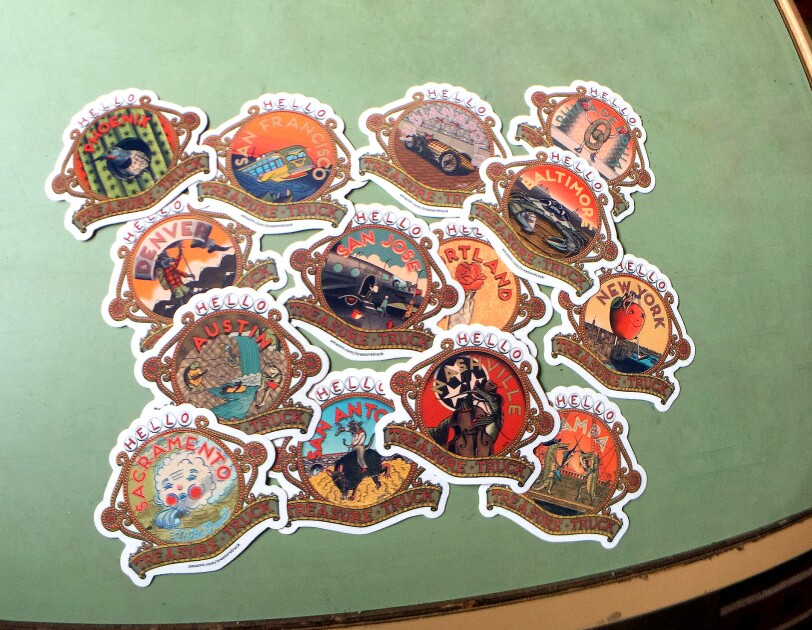 Stickers representing many of the U.S. Treasure Truck designs by Martz
Photo By PAIGE MALOTT / Amazon

“Being analog kept me from going to a coffee shop to work because the designs were so big,” he said. “Doing it this way, I could get out of the studio to draw.”

Martz was careful that the designs didn’t end up with a digital aesthetic, spending “tons of time” making his own custom brushes on his iPad. Now, even he has difficulty telling what Treasure Truck artwork was done digitally and what was drawn by hand.

The Treasure Truck team deliberately made sure each truck felt custom-designed for locals, reflecting the community it serves.
“The reason it turned out the way it did, was good art direction and dumb luck on my part,” said Martz. “Amazon gave me freedom. I got to do what I wanted. Chris (Tobey) and I met regularly to keep us on the same page. I’d usually draw the designs the day before, then we’d go over revisions in person."

“It was really surreal to see the first Seattle truck unveiled,” said Martz. “I’ve seen them in Austin and Portland, and I have friends in Nashville, New York, and Minneapolis, so I’ve seen those, too. I really like the New York apple and the Georgia peach because they’re such characters. And the Portland hand-and-rose design.” His other favorites include Nashville, Indianapolis, and Phoenix.

Whether it’s a Treasure Truck surrounded by a crowd, a vintage-inspired tattoo, Martz’s Daring Dames art journal, or public art scattered throughout Seattle, Martz’s art is getting noticed.

“My work is getting people to put down their phones and pay attention to what’s around them.” 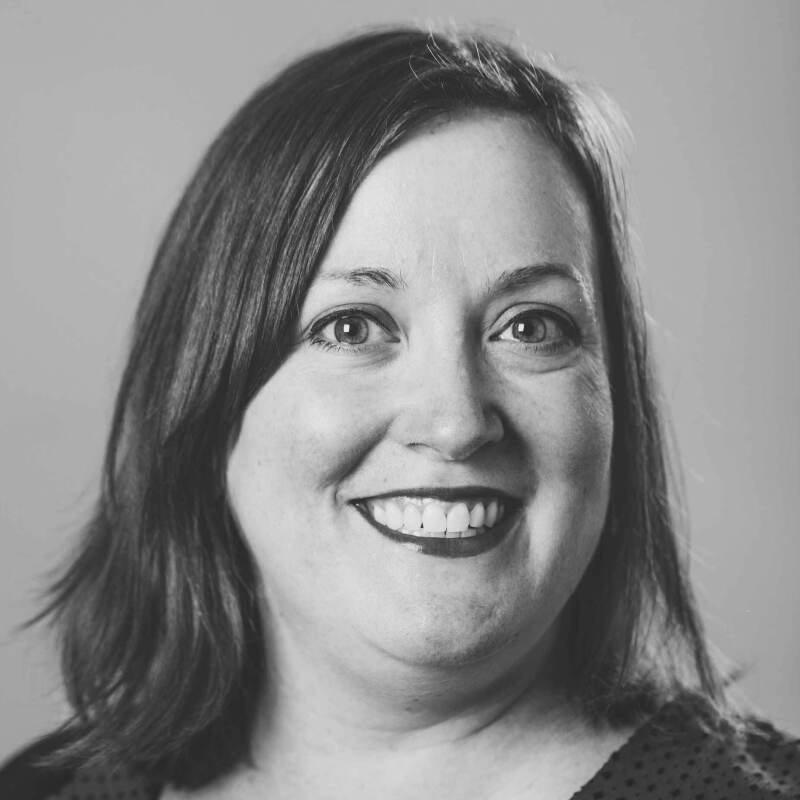 This retiree and cancer survivor came to work at Amazon for the chance to encourage others, keep his mind active, and make a difference for customers.
Continue Reading
Amazon AI

How our scientists are making Alexa smarter