A conversation on conscious leadership

In advance of the release of his new book, "Conscious Leadership," we talked with John Mackey, co-founder and CEO of Whole Foods Market, about the relationship with Amazon and its impact on his company’s conscious culture.
By Cosette Jarrett

It’s hard to believe that just three years ago, the future of one of today’s most successful grocery retailers was anything but certain. In his new book "Conscious Leadership," which hit shelves today, John Mackey, co-founder and CEO of Whole Foods Market, describes the moment he learned the fate of his company was in jeopardy. 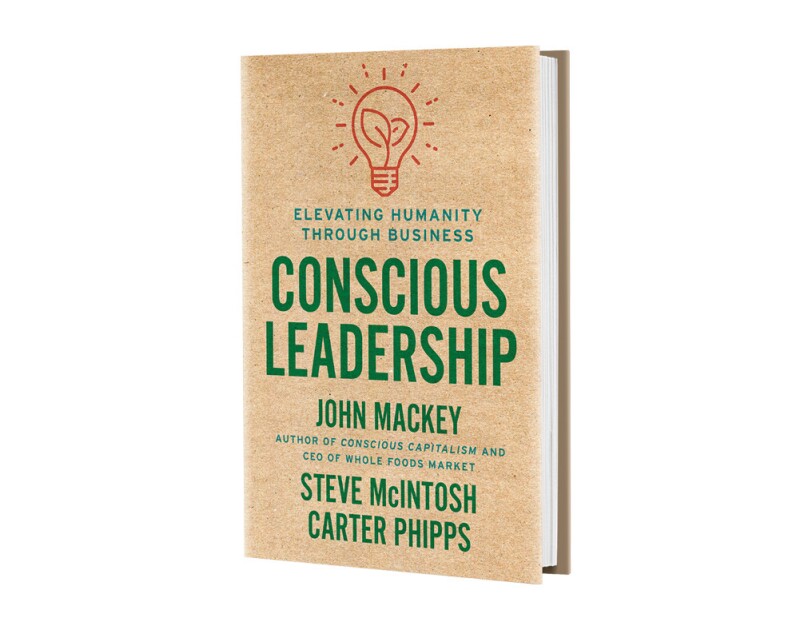 "Conscious Leadership" is now available in book stores and on Audible, Kindle, and Amazon.com.

"I turned on my phone and it was as if all the sunlight and bright possibility had been sucked out of my world. The thing I'd been dreading and fighting to prevent for years was happening," said Mackey in an excerpt from the book.

Activist shareholders had purchased 8% of Whole Foods Market’s stock with the intent to maximize profits by selling the company off to the highest bidder. The team at Whole Foods Market had two options: they could fight back against this group in a reputational war or get creative to find what Mackey calls a “win-win-win” solution.

"The key ethical idea in win-win-win thinking is that we are seeking to find strategies and solutions that benefit ourselves, the parties we are directly interacting with, and the larger communities that we exist within. It’s a triple victory—good for me, good for you, good for all of us," said Mackey in "Conscious Leadership."

Choosing to pursue the conscious path, Mackey and his team set out to find an investor who would respect the culture that had made Whole Foods Market successful for decades and facilitate its growth as a conscious company in coming years.

"We have a very unique and special culture. It can change and evolve over time, but we need you to honor and respect it," said Mackey in a recent interview for this article. 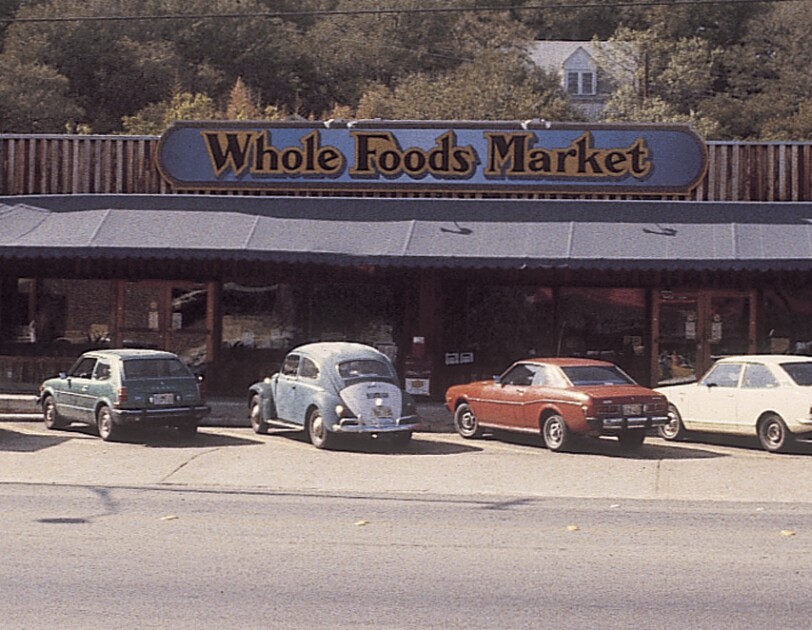 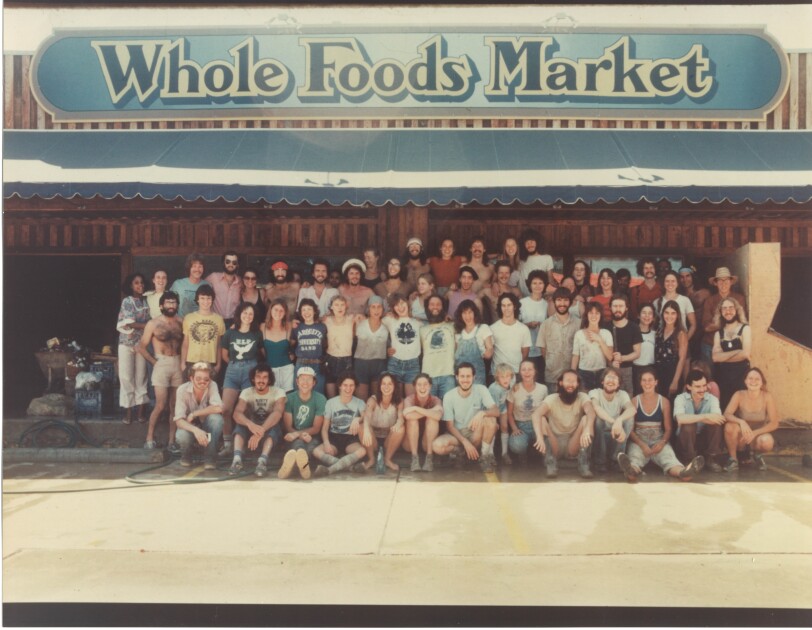 Whole Foods Market is celebrating its 40th anniversary this September.

After taking meetings with several suitors, none of whom quite fit the bill, Mackey and his team met with the leaders at Amazon. It was "love at first sight," according to Mackey.

"The reason I say love at first sight is, when you fall in love, there comes a point where you have the conversation. They may stay up all night and it’s like, man, I'm really clicking with her or him. And wow, there's a lot of depth there," said Mackey in the interview. He noted, that Amazon CEO and Founder Jeff Bezos and his team were "not typical corporate guys" in that "they showed up in a much more authentic way."

What followed the meeting was a whirlwind romance. "Literally six weeks after that first meeting in Seattle, we'd signed a merger agreement. We were engaged to be married," said Mackey.

Mackey recalls that Amazon’s customer obsession and desire to innovate in the grocery industry were among the conscious characteristics that made him feel like the two companies would work well together.

"The first one that struck me was Amazon's commitment to the customer," he said. "That’s always been a very important value for Whole Foods Market."

That customer-centricity went hand-in-hand with the two companies’ shared desire to upgrade the grocery business. He remembers, "Jeff Bezos said, ‘let's transform the grocery industry.’ And I thought, ‘great.’ That's what Whole Foods Market has been trying to do for years."

Over the course of the relationship, Amazon and Whole Foods Market have worked together to make shopping for healthy food easier and more convenient. Most notably, the two companies rolled out Prime Now delivery across Whole Foods Market stores, sparking an industry-wide change that has made grocery delivery more accessible than ever.

Leaders of both companies recognize that as their success grows, their ability to help communities in need grows too.

"Corporations have money and talent that they can give," said Mackey. "It's very important that corporations take responsibility and help do our part. We can't solve all the problems, but we should help."

Both Amazon and Whole Foods Market have risen to the occasion, operating large-scale charitable initiatives that positively impact local, national, and global communities.

Whole Foods Market runs robust community impact programs which aim to provide healthy food to those who need it most. The company nourishes communities around the world through programs like the Whole Planet Foundation, Whole Cities Foundation, and Whole Kids Foundation. Whole Foods Market stores are also able to give back locally to organizations within their communities through initiatives such as "5% Days" and food bank donations.

Amazon also operates several charitable programs to support the communities where its employees and customers live and work. A few examples include the Amazon Future Engineer program, which helps kids from underrepresented groups access STEM education; AmazonSmile which gives customers the power to support their favorite charitable organizations when they shop, at no additional cost; and the disaster relief team which helps communities rebuild in the wake of catastrophic events. And during first months of the COVID-19 pandemic, Amazon committed to using it’s scale and donated more than $10 million in PPE supplies and using our Amazon Flex service to deliver more than 6 million meals to those in need.

Leading consciously has become particularly important in 2020 as COVID-19 has threatened the health of our communities and disrupted daily life. Leaders had to respond quickly and carefully to protect their employees and customers, meaning Whole Foods Market and Amazon worked together to implement new safety protocols.

Whole Foods Market has ranked number one on lists for supermarkets prioritizing safety during the pandemic—going above and beyond to protect the health and safety of its employees and customers. Reflecting on these efforts, Mackey said, "If it hadn't been for Amazon, I'm not sure that would have happened. Amazon pushed hard to up our game in terms of Team Member safety and customer safety." He continued, "Amazon pushed us to get our Team Members masks, to get temperature checks, to get our customers masks."

While both Amazon and Whole Foods Market have worked together to show up for their customers, employees, and communities over the years, Mackey says the work of a conscious leader is never done. "Here's one thing I've learned about being conscious, it's always on a continuum. We’re all trying to become more conscious. We're all learning and growing and changing."

"Conscious Leadership" is now available in book stores and on Audible, Kindle, and Amazon.com. 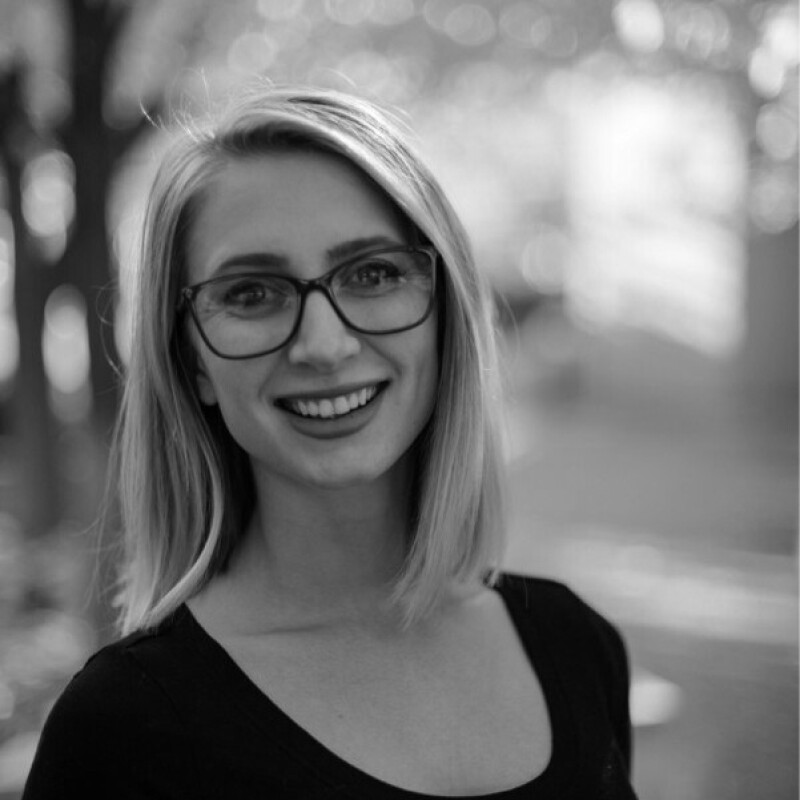 Cosette is a cat-crazy writer and content marketing specialist from Salt Lake City. She supports Amazon's Day One blog as a digital content producer.
Small business

We're honoring the contributions and accomplishments of the millions of women in the workforce and women business owners across the U.S.
Continue Reading
Amazon Prime

A Prime Day thank you

The following is a letter written by Worldwide Consumer CEO Jeff Wilke to Amazon employees, thanking them for making Amazon Prime Day 2017 the most successful in the company’s history.
Continue Reading
Amazon responds to COVID‑19
How we're supporting our employees, customers, and communities
Learn More