When someone believes in you

By helping Anthony see his potential, his manager at Amazon opened up a path to the career he wanted.
By Dave Quigg

Shyness stifled Anthony Lisiecki. Growing up, he did have certain kinds of confidence — like the kind needed to trust himself to build a computer without accidentally frying the circuitry. But in school, he rarely even worked up the nerve to make small talk with his classmates.

Self-doubt was still holding him back in his early 20s when he joined Amazon. "He carried himself under the radar," said Courtney Tillett, one of Lisiecki's managers at an Amazon warehouse in Phoenix, the PHX6 fulfillment center. "He just kind of came in, did his job, did it well, and went home."

In those early days, what she noticed most was how his shyness seemed to be a load that pressed down on him. What she didn't know is that fresh disappointment made his load heavier.

Lisiecki had aced community college, studying hard and believing the degree he earned would give him a career — in computer-aided drafting, just like his dad. But job application after job application got him nowhere. "I must have written 100 cover letters," Lisiecki said, remembering the letdown.

He stayed in a prep-cook job he'd worked as a student. Then in 2015, after hearing about temporary seasonal roles from a friend who worked at Amazon, he applied. Career wasn't on his mind. It was just about earning more money.

Lisiecki started as an inbound stower — the person in an Amazon fulfillment center who shelves new inventory so coworkers can find items efficiently when customer orders come in. He liked his new workplace, especially the encouragement he got. "I think my work ethic had a lot to do with it," he said. "A lot of the managers were noticing that. At my prior jobs, even though I really liked some of the people I worked with, a lot of the time they didn't really acknowledge that you were doing a good job."

Shortly after starting as a temp, Lisiecki accepted an offer to become a full-time Amazon associate. That's when Tillett became his manager. Tillett saw real potential in Lisiecki, and her faith in him proved to be the boost he needed. He impressed her, in part, by admitting when he didn't know something. He wanted to learn, and he wasn't going to let his pride get in the way of that.

Tillett felt his shyness was limiting his opportunity to advance into roles that would involve a lot of face-to-face communication. "He wasn't confident enough to step out of his comfort zone," she said. So she assigned him to duties where he needed to direct as many as 40 coworkers. "The biggest thing was getting him in those roles and showing him somebody did believe in him."

Her faith in him — and the overall environment at the fulfillment center — changed Lisiecki. "There's so many people from different cultures here," he said. "I wanted to learn where people came from, how their culture is, how they see the world before them. Definitely, keeping an open mind like that, that really helped me learn how to communicate."

His curiosity brought him back to the classroom, too. Through Amazon's Career Choice and A2Tech programs, Lisiecki built on his lifelong love of gaming and his knack for tinkering with computers. He enrolled in information technology classes and ultimately earned another community college degree. "I was able to get 95 percent of my classes paid for by Amazon," he said. "I've never heard of a company that does that much. They really helped me. Then I got hired on as a tech here at the fulfillment center. When I got promoted to IT, that was like a home run. That was the grand slam right there. I feel like this place really helped me get my life back on track, helped me be a successful human being."

While the new job meant losing Tillett as a manager, Lisiecki's duties give him an ongoing way of thanking her for all the ways she helped his job become a career. "I fix her laptop when it gets broken, so I guess you could say in a way I'm returning the favor," he said. He also finds ways to follow her example and be a mentor to others at the fulfillment center.

For Tillett, seeing associates thrive is its own reward. "I'm excited right along with them," she said. "It's neat to see them blossom into that confidence that they only showed glimpses of at the beginning. It's a cool feeling and makes me feel really proud." 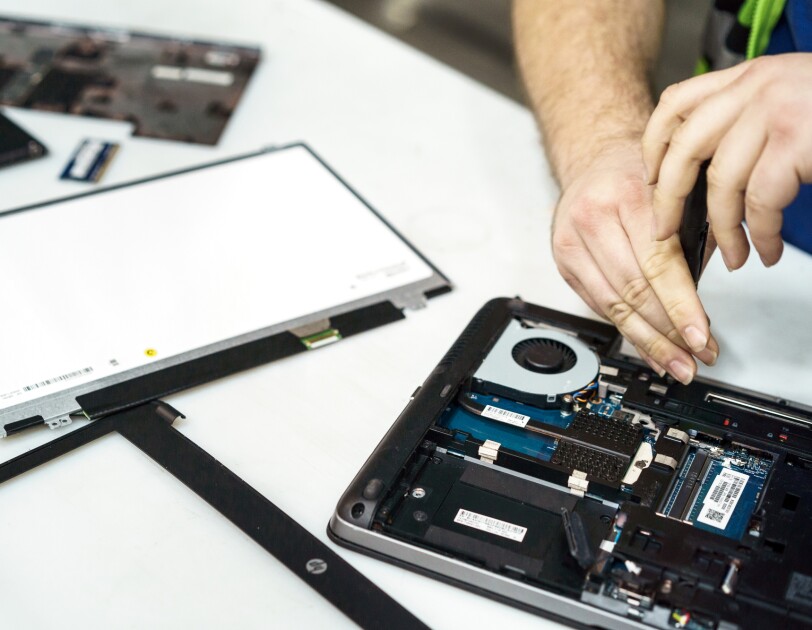 Lisiecki shows some of the tech skills he learned along the way to earning a community college degree. His classes were mostly funded by Amazon's Career Choice program.
Photo By JORDAN STEAD 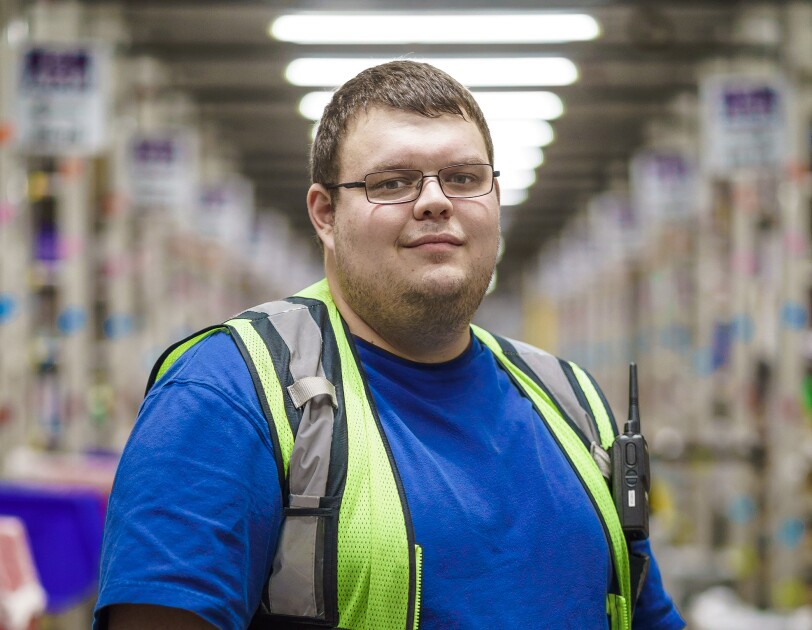 Lisiecki in the Phoenix fulfillment center where he started as a temporary inbound stower and is now following his dream by building a career in IT.
Photo By JORDAN STEAD
Working at AmazonCareer Choice Amazon StoriesArizona Fulfillment centerAssociates
About the Author

Giving employees the skills and training that enable them to leave Amazon.
Continue Reading
Amazon responds to COVID‑19
How we're supporting our employees, customers, and communities
Learn More