Taking his robot for a walk

Watching orange robots, known as drive units, navigate their way across an Amazon warehouse can be mesmerizing. On the other hand, when those same robots need help, moving them around by hand can be tricky.

“Sometimes the small things have the biggest impact,” said Tim Macfarlane, an Amazon project manager who works with some of the company’s latest robotic technology.

Macfarlane, who likes to say he’s “taking his robot for a walk” while pushing a robotic drive unit across an Amazon fulfillment center, is a person who revels in facing challenges and coming up with creative workarounds. The robots are little more than ankle high, and Macfarlane had an "aha" moment the first time he saw technicians bent over at the waist while pushing a drive unit that temporarily couldn't drive itself.

“I mocked up a quick apparatus to move it around, a handle, which we ended up calling the drive pusher,” said Macfarlane. “I scrapped it together with bits and pieces we had around the shop and developed this handle.”

There’s a lot more to it than just a few simple “bits and pieces.” With Amazon’s help, Macfarlane was able to obtain a patent for that first prototype of a robo-mover. It’s now professionally manufactured and used in dozens of Amazon fulfillment centers. 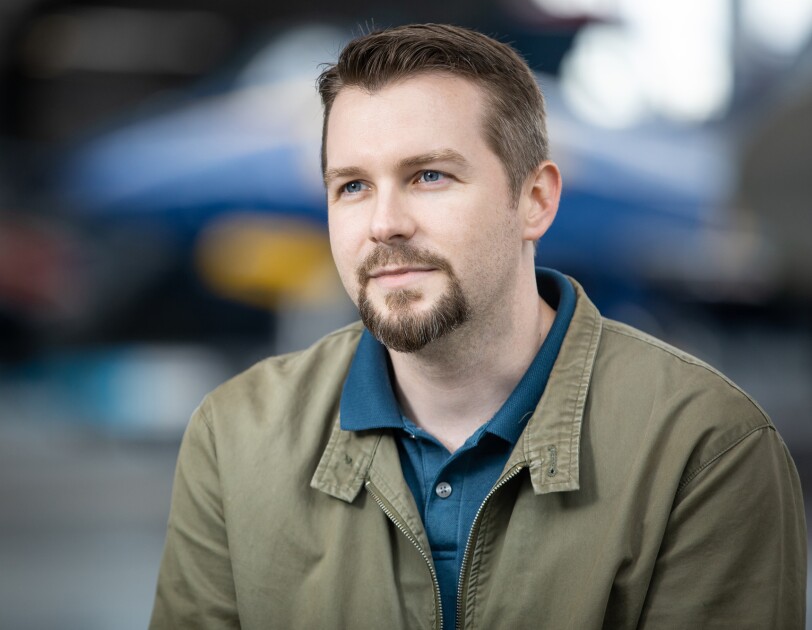 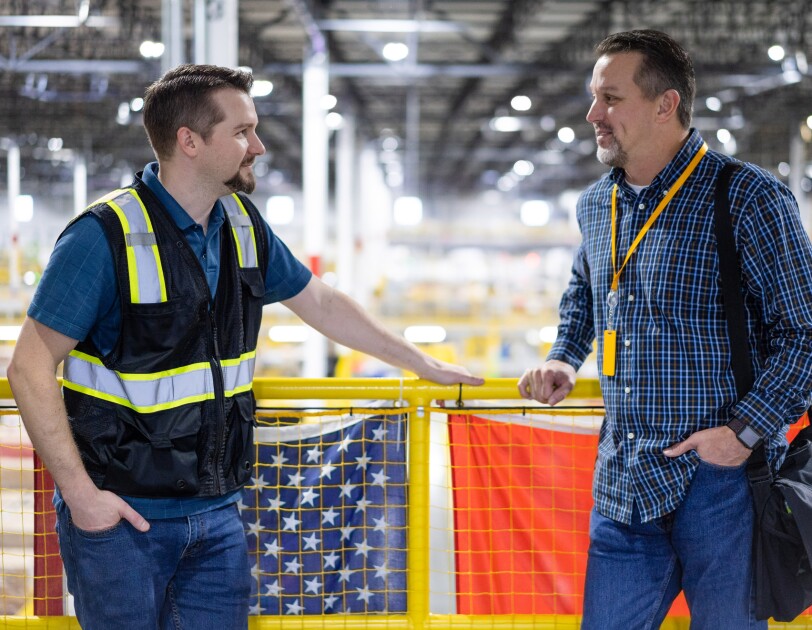 Macfarlane talks with Casey Thigpen, who hired him for his first role at Amazon.
Photo By JORDAN STEAD 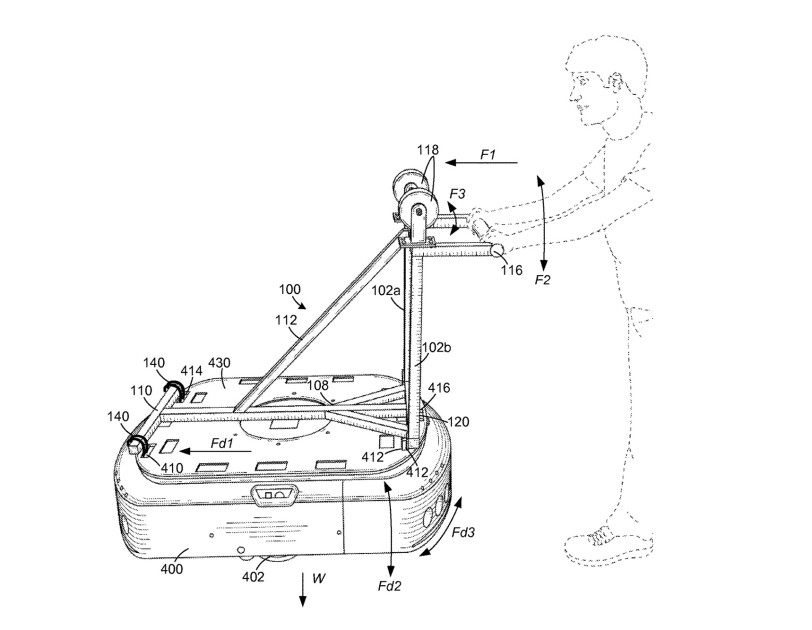 A diagram from the U.S. patent for a handle that Macfarlane invented to transport robots around Amazon fulfillment centers. 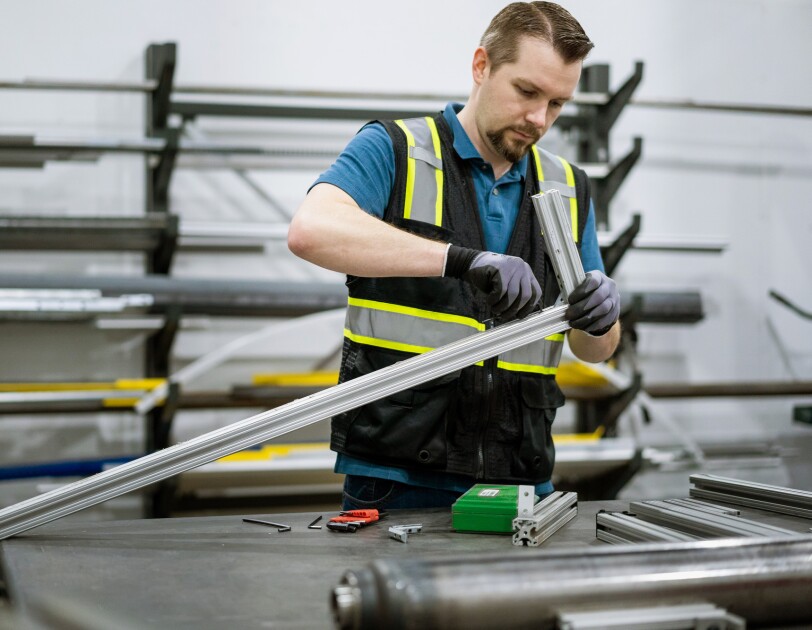 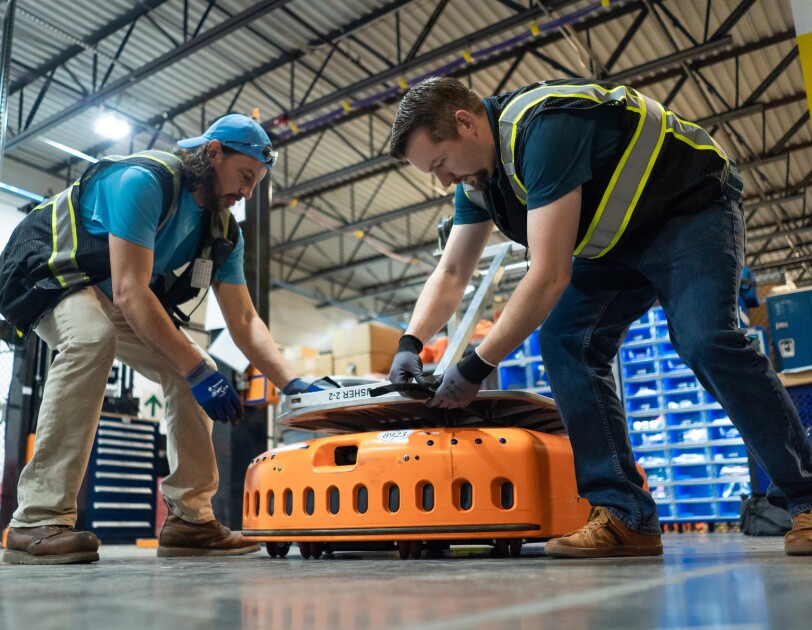 Macfarlane and a fellow Amazonian attach his invention to a robotic drive unit.
Photo By JORDAN STEAD 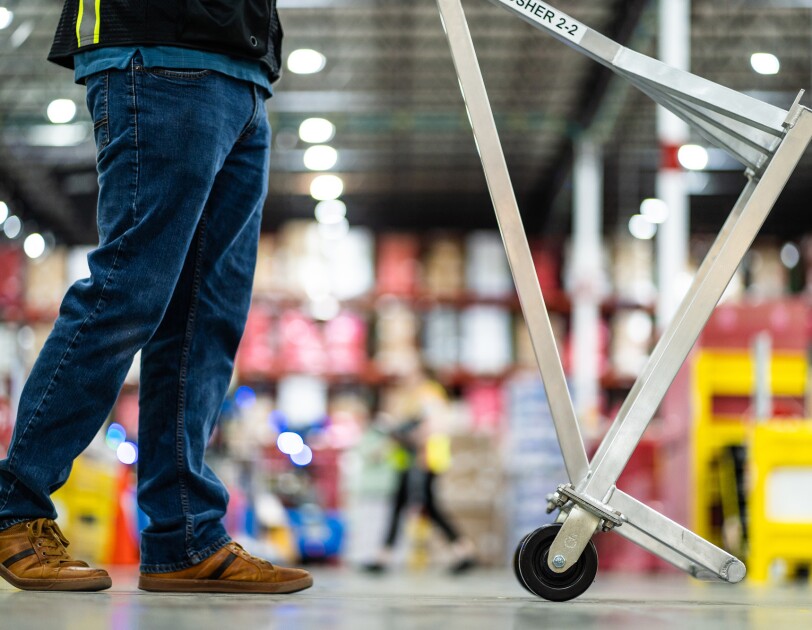 Macfarlane's invention seen without a robot.
Photo By JORDAN STEAD 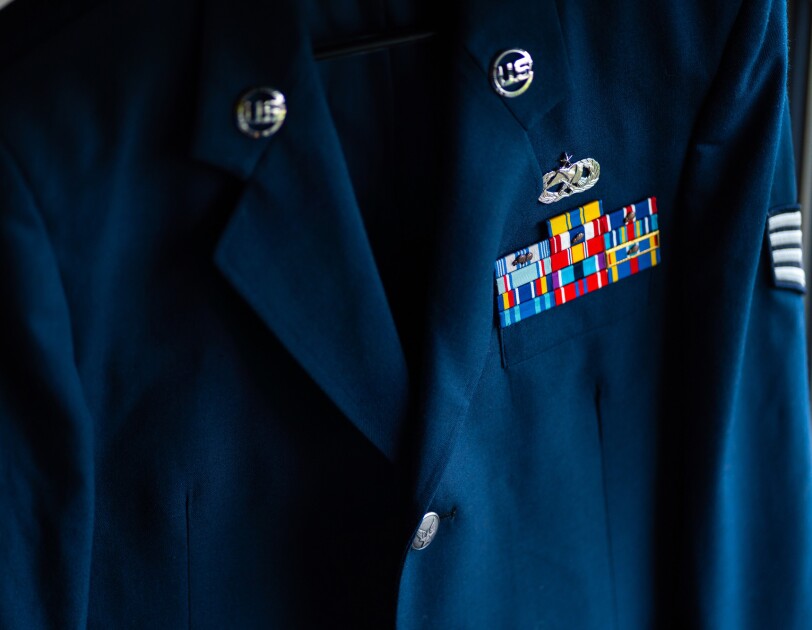 “I think that all ties back to being a part of the Air Force and being able to think on your feet, and think past the problem,” said Casey Thigpen, who was Macfarlane’s first manager at Amazon.

Macfarlane served two tours in the Middle East during his U.S. Air Force service, where he worked in avionics with communication and navigation systems. Since transitioning from military service to Amazon seven years ago, the 33-year-old has developed into an innovator and leader.

Macfarlane relishes the camaraderie he has at Amazon, which mirrors some of the best parts of his years in the Air Force. But most of all, he says he loves being in a place where anyone with a good idea can have an impact.

“With Amazon, anyone from the ground floor to the highest echelons can come up with a design or an idea and run with it, and they'll support you fully.”

Amazon’s COVID-19 blog: daily updates on how we’re responding to the crisis

How we’re supporting our employees, customers, and communities
Continue Reading
Working at Amazon

How much does Amazon love dogs? Just ask one of the 7,000 pups that “work” here.
Continue Reading
Company news

How Amazon prioritizes health and safety while fulfilling customer orders

We are committed to the health and safety of our associates, delivery service partners, drivers, employees, and customers.
Continue Reading
Amazon responds to COVID‑19
How we’re supporting our employees, customers, and communities
Learn More
X
Out for Delivery
Thank you!
Please try again
Quick news and rich insights from inside Amazon, delivered directly to your inbox every few weeks.
Check your inbox shortly for your very first Out for Delivery email. We’ll reach out every few weeks with more.
If you’re not redirected back to the blog in a few seconds, click here.
Looks like we had some trouble authenticating your entry. Let’s try again...
Amazon Privacy Policy | Opt-out Anytime
Return to video player ➡ 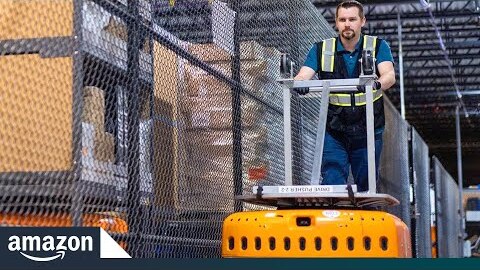