How a part-time job at an Amazon warehouse led to a full-time career in robotics.
By Meg Coyle

Cathryn Kachura was looking to earn some extra cash when she accepted a position at Amazon's sortation center near Denver in 2016. "I started here as a part-time associate, just manually scanning customer packages to pallets," she said.

She credits her manager for "seeing the potential I hadn't seen in myself." A few months into her role at Amazon, she was invited to help launch a new fulfillment center in Las Vegas. "I ended up doing really well in leadership roles and training roles, and I learned a lot very quickly," she said. "I also learned that I really liked the challenge, and I wanted more." 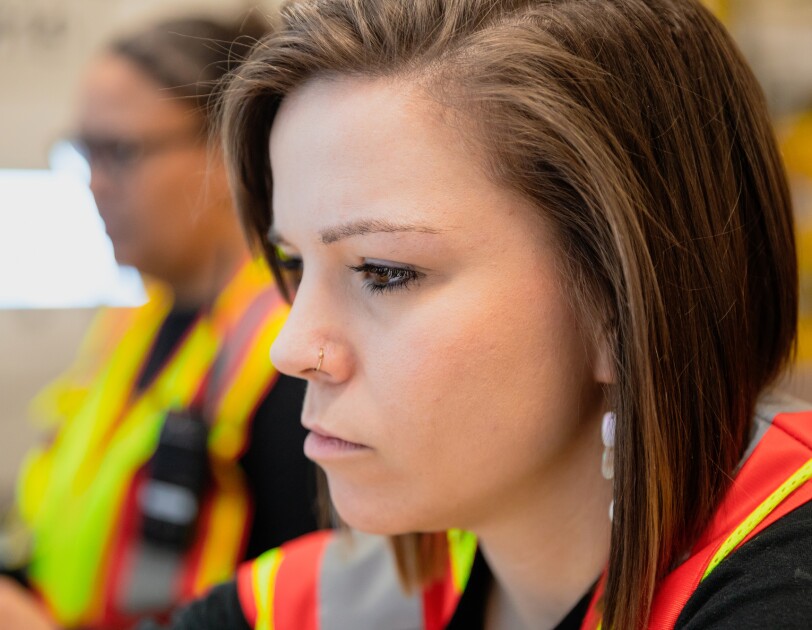 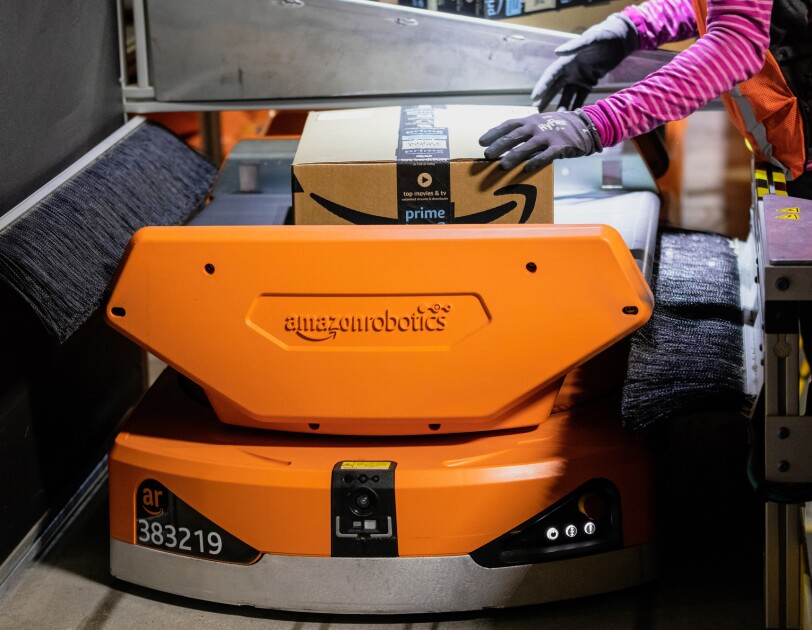 An Amazon associate places a package on one of the new Pegasus drives at the Denver sortation center.
Photo By JORDAN STEAD 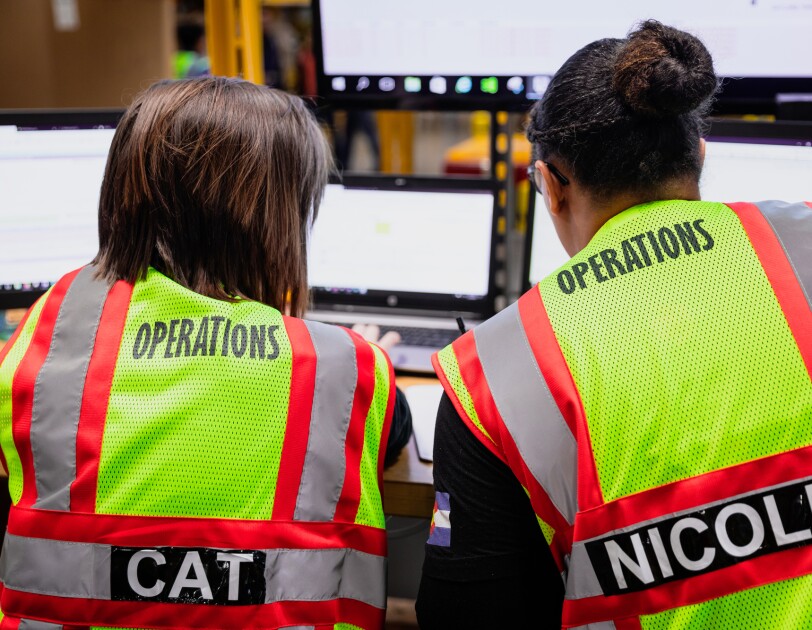 Kachura is one of five flow control specialists at Amazon's sortation center in Denver, Colorado.
Photo By JORDAN STEAD 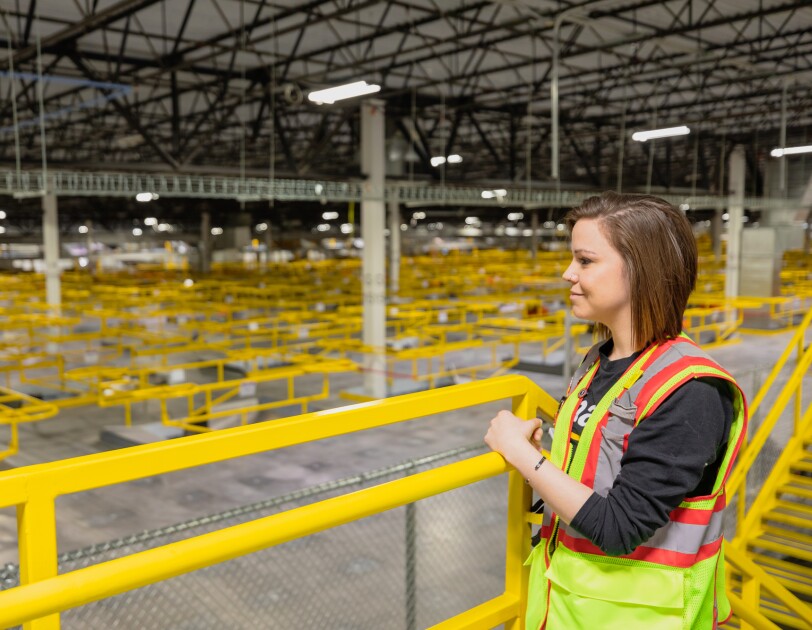 In September 2018, her manager told her about an opportunity to work on a new Amazon robotics program at the sortation center. She was all in. "Just having the opportunity to be a trailblazer was absolutely phenomenal to me," she said. She worked alongside Amazon robotics engineers for on-the-job training, bolstered by her own leadership and problem-solving skills that she'd honed in her previous roles.

"Now, I get to play with robots all day," she said.

As one of the sortation center's five flow-control specialists, Kachura monitors the activity and traffic patterns of hundreds of robotic drive units. The robots ferry customer packages to designated spots where they're slid down chutes before being sent out for delivery.

Since Kachura had no background in robotics, and her job had never existed before, she takes pride in how she's handled a steep learning curve. "There's a lot of learning as you go," she said. "But there are a lot of really knowledgeable people on our team, and they're always there to support us."

The story behind Amazon's next generation robot

At Amazon, inventors are patenting their ideas and seeing their inventions come to life.
Continue Reading
Operations

Taking his robot for a walk 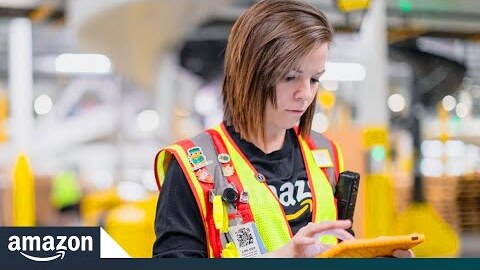 Becoming a trailblazer in Amazon robotics