When a business believes in a city's comeback

Audible's new Innovation Cathedral is the Amazon subsidiary's latest — and most dazzling — vote of confidence in Newark, New Jersey.
By Dave Quigg

Audible believes in fresh starts. Its founder is a journalist who reinvented himself as a CEO by betting big that one of the most ancient cravings — the need to hear a human voice tell a story — could make a comeback in the digital age.

"We're actually here because, over 20 years ago, we reconsidered the underappreciated power and beauty of the spoken word," CEO Don Katz said in a May 17 speech to celebrate the opening of the Audible Innovation Cathedral, 80,000 square feet of new office space created by renovating a long-vacant Newark, New Jersey church. The project preserved many of the Second Presbyterian Church's historic elements, including its distinctive stained-glass windows and organ pipes.

Once a thriving port city, Newark spiraled into hard times in the decades after World War II. Boarded-up buildings became a common sight. During her remarks at the Cathedral opening, State Senator Teresa Ruiz talked about what investments in the future of the city mean to lifelong Newarkers like her: "We've always had this intimate secret amongst ourselves that one day the diamond would come back to shine and others would take notice."

Audible moved its headquarters to Newark in 2007 and has since become the city's fastest-growing private employer. When Audible became an Amazon subsidiary in 2008, it had fewer than 200 employees. Today it has more than 1,650 and is the largest producer of audiobooks in the world. All told, Amazon has created more than 15,000 full-time jobs in New Jersey and invested over $10 billion across the state.

Four-hundred Audible employees will work in the reborn Cathedral. Katz said, "They come here to Newark from all over the world to work with us because of the character of the products we make, which touch people's lives, and the character of the way we roll as a corporation."

Audible provides paid internships, college scholarships, and other support to students in its hometown.

"We give every high school student here in Newark a Fire tablet and a free membership to Audible," said Chief People Officer Anne Erni. "Audible is committed to hiring members of the community to work here and really elevate their lives."

Twenty-year-old Aiyonnah Post told the crowd at the opening how she was living in Newark's Covenant House when the shelter for homeless youth connected her with a job on Audible's Customer Care team.

"I really didn't have any work experience," Post said. "I didn't have a college degree. But Audible still trusted me to get the job done and helped me get started. Since I've been working here, I've just fallen in love with the company, and I've actually developed a new vision for my own future because of it."

She's applying to college to study business analytics. "Audible will be helping me pay those tuition costs as well, which is amazing," she said.

Post also benefits from Audible’s policy of paying a $500 monthly stipend to employees who choose to live in Newark. It’s part of an ongoing mission by the company and its founder to catalyze the city’s turnaround. "We started a venture fund called Newark Venture Partners, which was designed to plant more little Audibles that can grow large as we have," Katz said. Started in 2015, the $45 million fund has invested in 60 early-stage companies that put down roots in Newark. Hundreds of Audible employees are on call to mentor the startups.

"The streets are beginning to brim with life," Katz said. "There's apartments being built where there weren't. The downtown is coming back. There are other companies getting with the spirit of coming into Newark.”

Katz uses one word to sum up what he sees happening in Audible’s hometown: "renaissance." 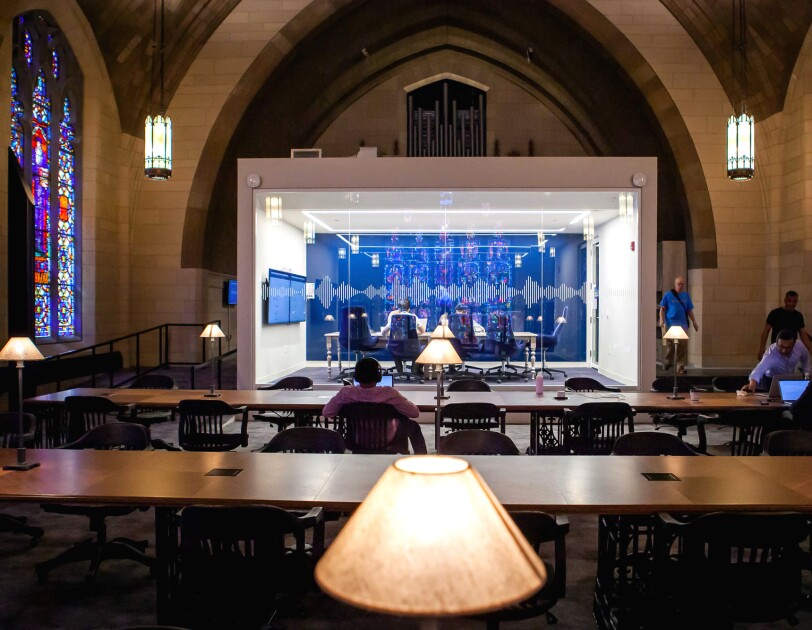 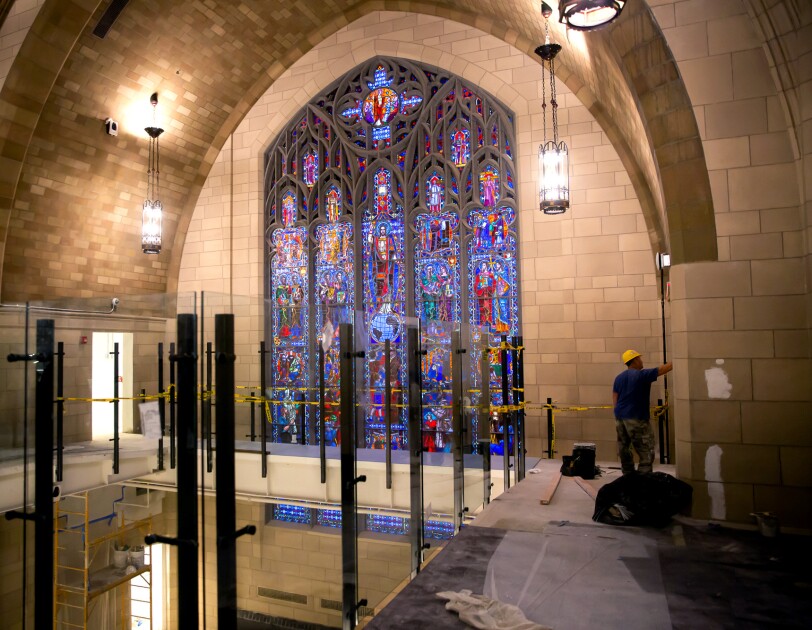 The stained glass was painstakingly cleaned and re-colored, a process that took years to complete.
Photo By AUDIBLE 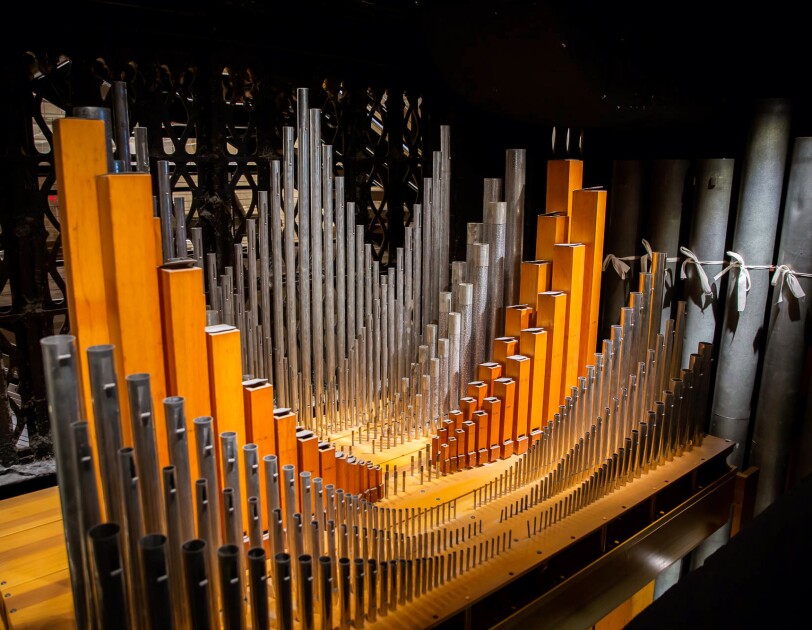 The pipe organ has 3,400 pipes ranging in size from six inches to 16 feet.
Photo By AUDIBLE 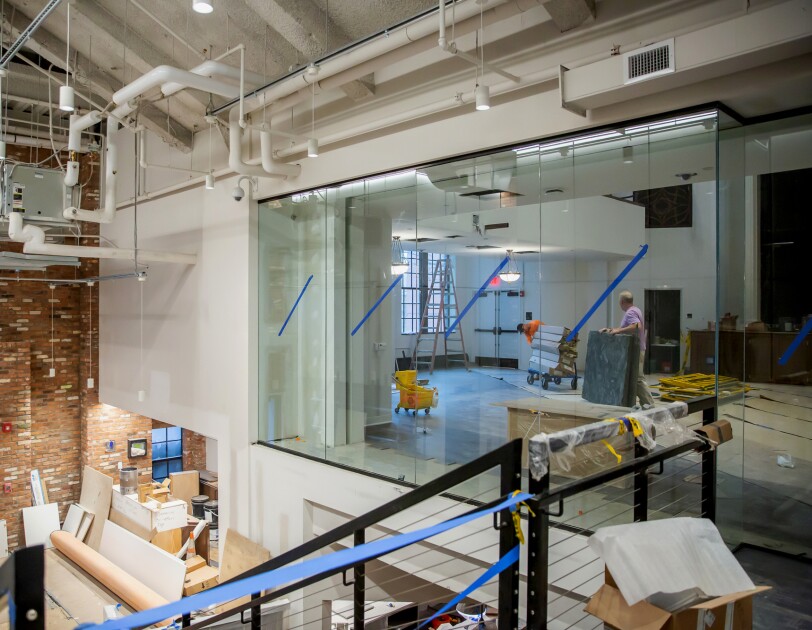 During the renovation.
Photo By AUDIBLE 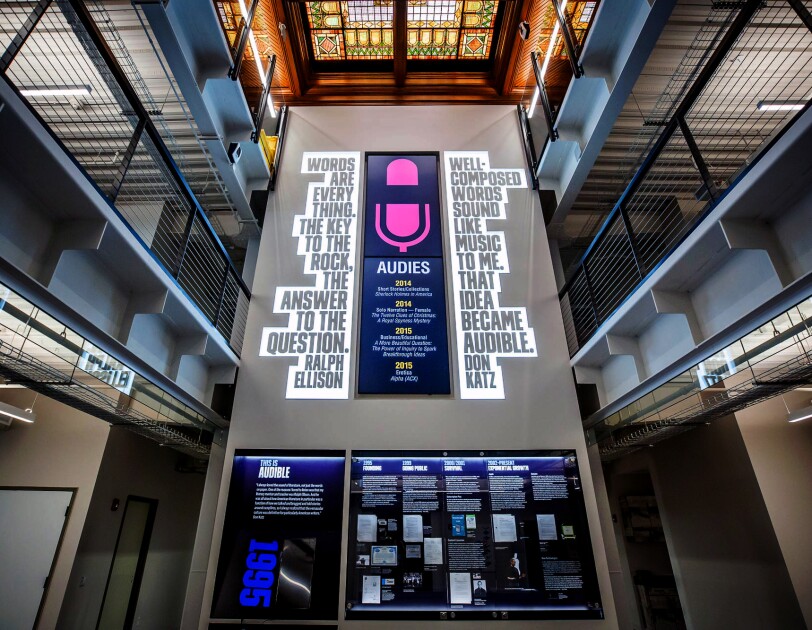 Graphics inside the Cathedral pay tribute to Audie-winning audiobooks.
Photo By AUDIBLE 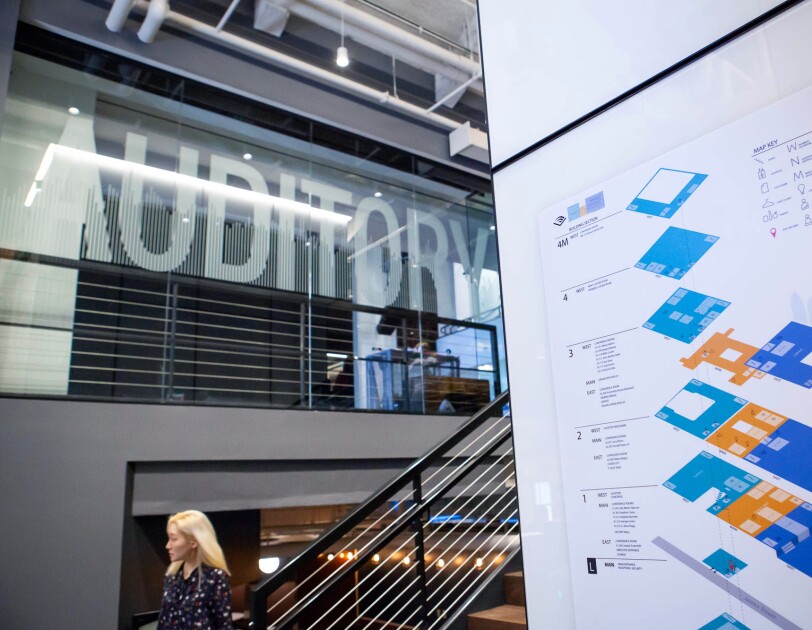 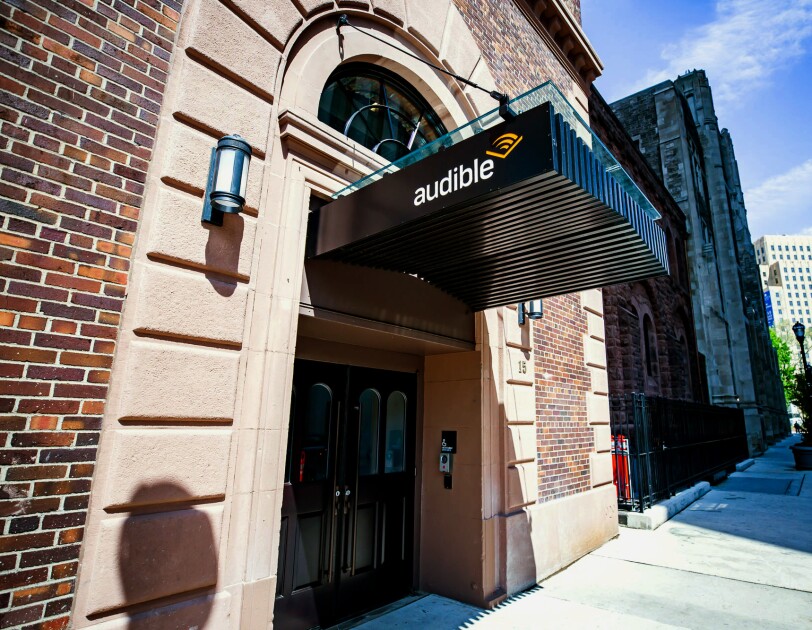 Before joining the Amazon Stories team in 2012, Dave Quigg’s jobs included newspaper reporter, blogger, writing tutor, and stay-at-home dad.
How did you like this story?
Yawn
It's OK
It's good
It's great
I love it!
122 Ratings
Thanks!
Sustainability

From the lab to the fulfillment center, employees contributed to the innovations behind a mailer that can be recycled in the same bin as Amazon’s iconic box.
Continue Reading
Company news

Over the course of a year, the Day One blog captures moments that add up to tell the larger story of Amazon’s connection with its customers, employees, and communities around the world.
Continue Reading
Job creation and investment

In 2019, Amazon began hiring for 25,000 jobs, engaged our neighbors, and committed to new sustainability goals.
Continue Reading
The Australia bushfire crisis
What Amazon is doing for support organizations on
the frontline of the Australian bushfire crisis, and how you can help.
See how you can help
close
Out for Delivery
Get the best of the Amazon blog, including the latest news, top stories you may have missed, and editor's picks, delivered right to your inbox.
Sign Up
Return to video player ➡ 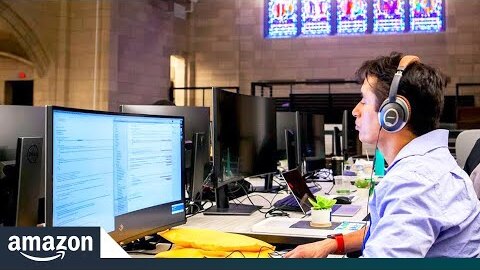