How a California community is flourishing since Amazon came to town.
By Neal Karlinsky

Walking through the shell of an old building in Ontario, California’s historic downtown strip, Audrey Reyes sees nothing but opportunity and dollar signs around every dust-choked corner. Since Amazon began expanding its operations throughout the area, she says her family event planning business has boomed.

“I would say over 100 percent – a huge difference from what we were making as far as our catering and our events. They just took us to another level,” said Reyes, who has hired additional staff and is in the process of developing a larger office location for her business, Beverly Banquets.

Since 2012, Amazon has opened nearly a dozen warehouses, also known as fulfillment centers, and other large-scale operations throughout California’s Inland Empire. That’s a 27,000 square-mile area stretching across San Bernardino and Riverside counties east of Los Angeles, with a population of more than 4.5 million. It is made up of more than 50 cities, towns, and unincorporated areas, making it a larger metropolitan area than many might realize.

City of San Bernardino Mayor Carey Davis doesn’t pull any punches about the timing of Amazon’s investment in the area, which he says has been critical for the community’s development.

“In 2012, the city went into bankruptcy. And at that time, the city was over 12 percent unemployment,” said Davis, whose city now has an unemployment rate that’s half what it was six years ago. In addition to the jobs Amazon created, he sees a positive domino effect on the surrounding economy. 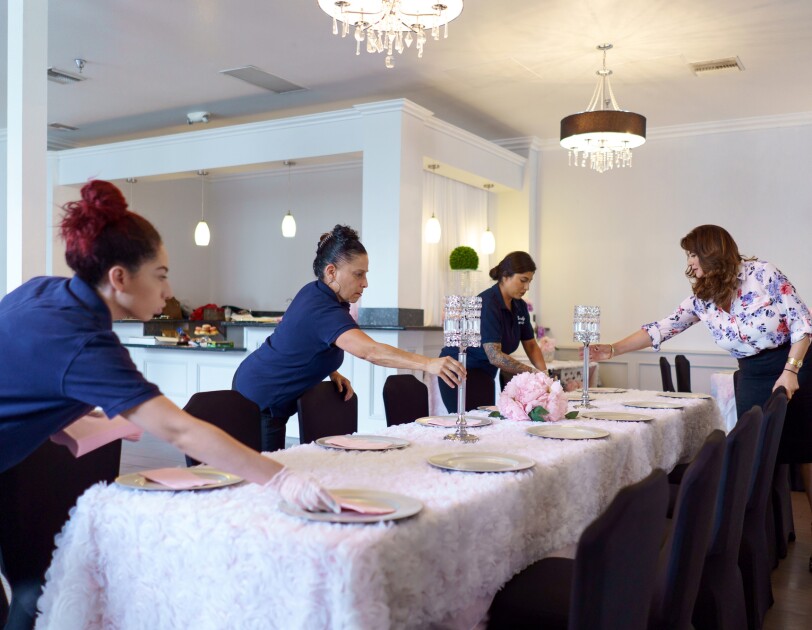 Reyes and her employees at Beverly Banquets prepare for an event.
Photo By JORDAN STEAD 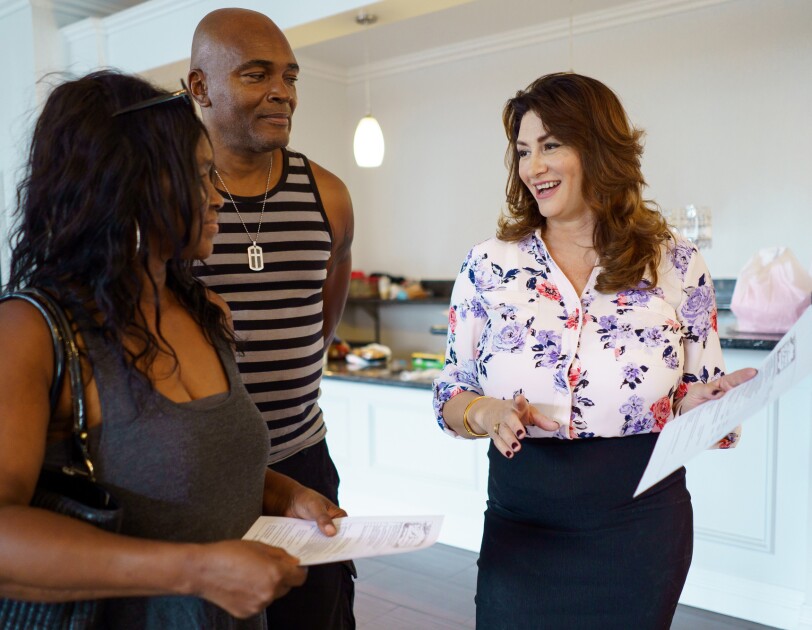 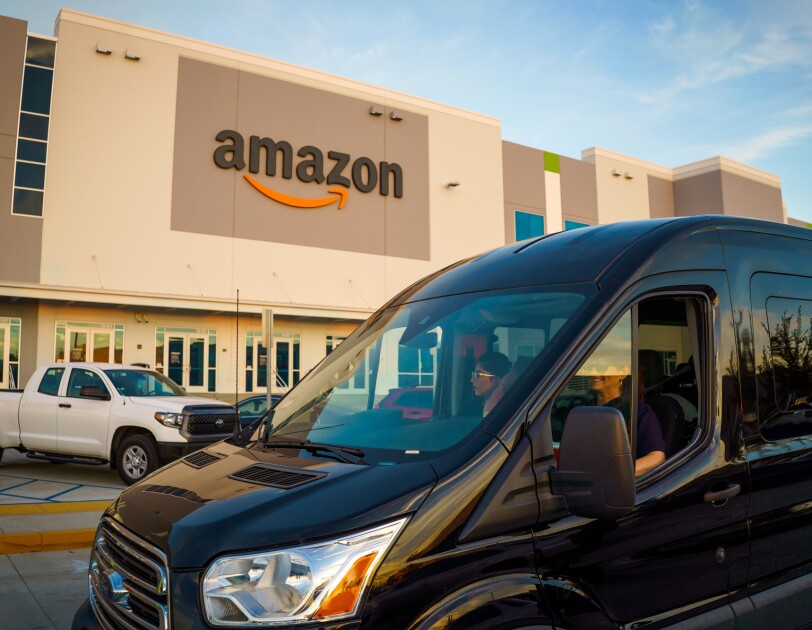 Reyes and her crew drive up to the Amazon fulfillment center whose opening in San Bernardino, CA brought big growth to her catering business.
Photo By JORDAN STEAD 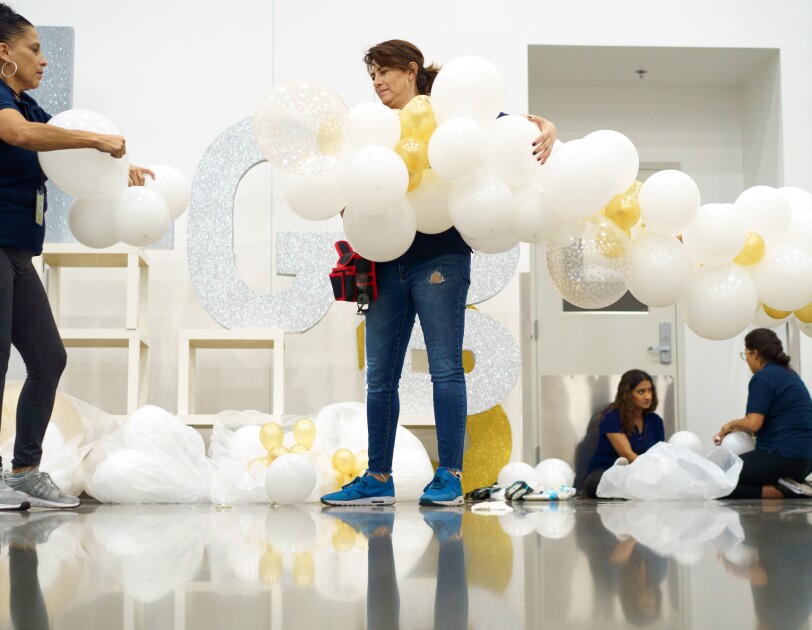 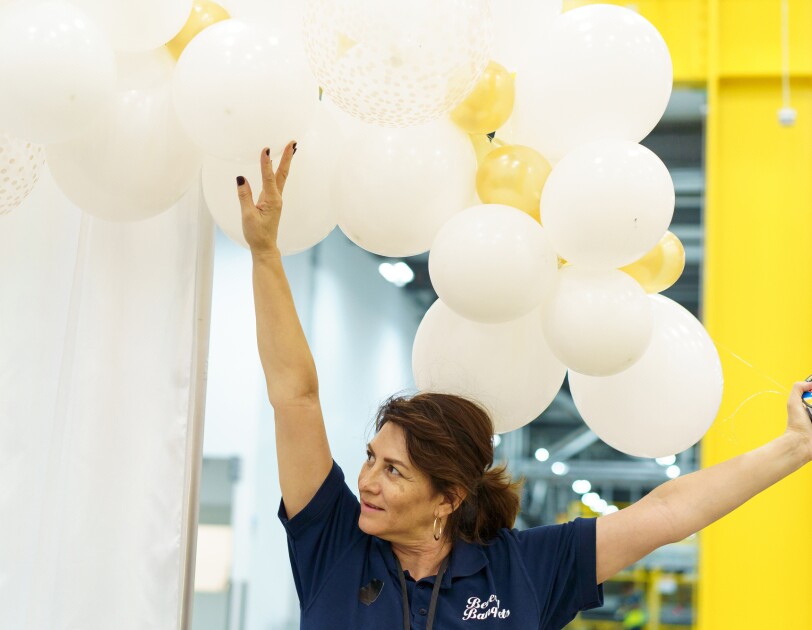 “That's helped property taxes to rise, which then had a direct benefit for the city from that appreciation in property value,” said Davis.

Based on methodology developed by the U.S. Bureau of Economic Analysis (BEA), Amazon estimates that the company’s investment in the Inland Empire through 2016 led to the creation of 34,600 additional jobs at area businesses like Beverly Banquets.

Reyes, whose business caters huge Amazon events like company picnics and holiday parties, says she relishes the boost, and the challenges that go with it. She once delivered 18,000 pumpkin pies for an Amazon event, an order that still makes her laugh.

“Not only has it helped our family, but it has helped us create new jobs for other people in our community,” said Reyes.

Neal Karlinsky is a storyteller for Amazon & Senior Content Creator. He also loves eating chips.
How did you like this story?
Yawn
It's OK
It's good
It's great
I love it!
87 Ratings
Thanks!
Job creation and investment

How Pittsburgh learned to speak another language, and provided Amazon a gateway to the world.
Continue Reading
Job creation and investment

Why talent, tech, and lots of sun and skiing make this Colorado city an ideal new hub for Amazon.
Continue Reading
The Australia bushfire crisis
What Amazon is doing for support organizations on
the frontline of the Australian bushfire crisis, and how you can help.
See how you can help
close
Out for Delivery
Get the best of the Amazon blog, including the latest news, top stories you may have missed, and editor's picks, delivered right to your inbox.
Sign Up
Return to video player ➡ 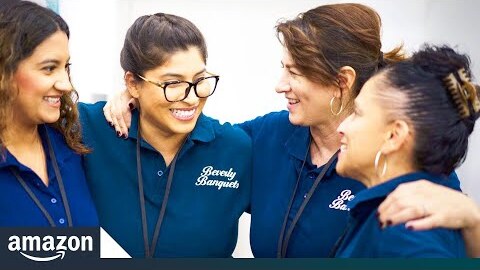 Caterer flourishes with Amazon in town