As tech becomes increasingly coastal, Amazon continues to hire in tech hubs across North America.
By Day One Staff

When people think of working for Amazon, naturally they think of its landmark headquarters in Seattle. But Seattle isn’t for everyone—take Katie Oaks, senior human resources business partner for Amazon Web Services, who’s lived in Colorado most of her life. When she joined the company in the summer of 2017, she made it clear she wanted to stay in Denver. Why? She quickly ticks off a list of reasons.

“You can ski, you can golf, you can hike. We have 300 days of sunshine, and you can experience all four seasons. It’s a beautiful place to live,” Oaks says. “And as the tech community and Denver’s city center continue to expand, I don't see any reason to leave."

Oaks certainly isn’t alone, which is why the number of employees at Amazon’s Denver Tech Hub has soared from about 25 people in 2016 to more than 350 today. Along with opportunities for recreation, the Denver area boasts several universities with excellent engineering programs that feed a thriving professional community, making it an obvious location choice for Amazon.

Denver is one of 17 Tech Hubs Amazon has opened across North America in the past few years. With so many advanced technologies being developed—from voice computing with Alexa to robotics and delivery logistics—the company expanded its search for talent to areas with a high concentration of universities, diverse and highly skilled workforces, and a dynamic quality of life.

These hubs aren’t satellite offices, but centers of innovation that are integral parts of Amazon’s mission to delight customers. Together, they have more than 20,000 employees and continue to provide opportunities in cities such as Austin, Boston, Pittsburgh, Minneapolis, Detroit, Vancouver, and Toronto. 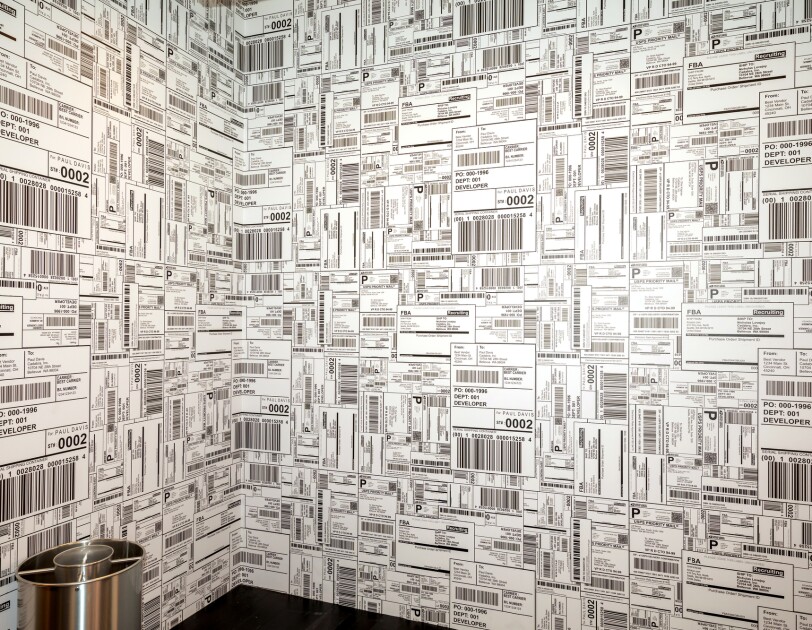 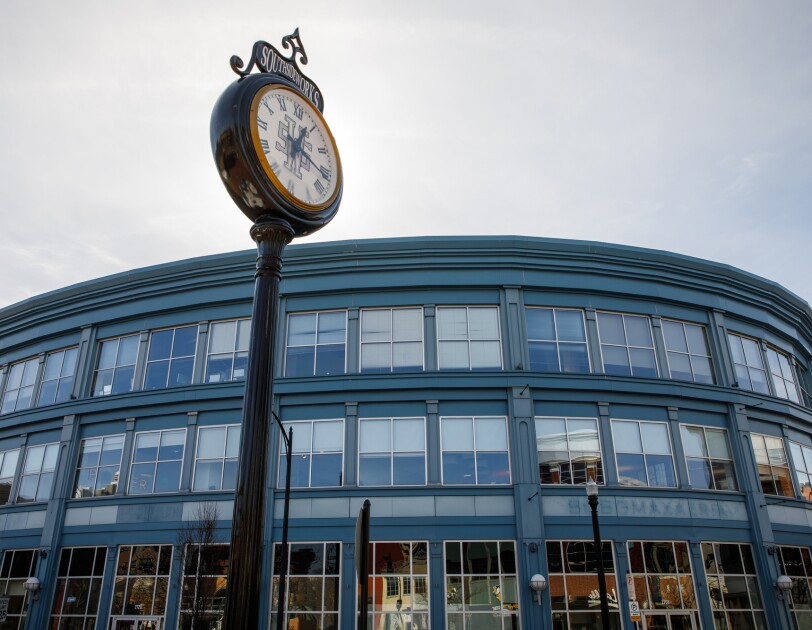 The exterior of the Amazon Pittsburgh office
Photo By JORDAN STEAD 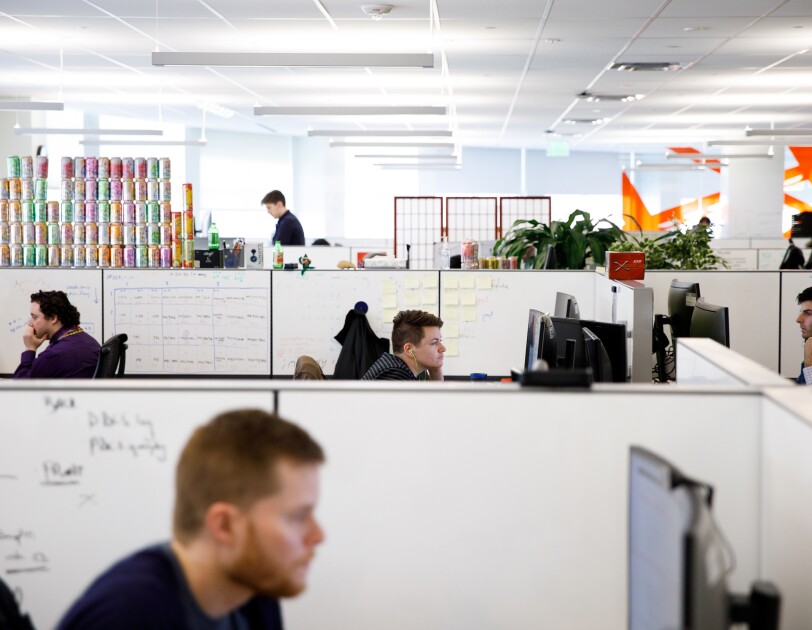 Inside the Amazon Pittsburgh office
Photo By JORDAN STEAD 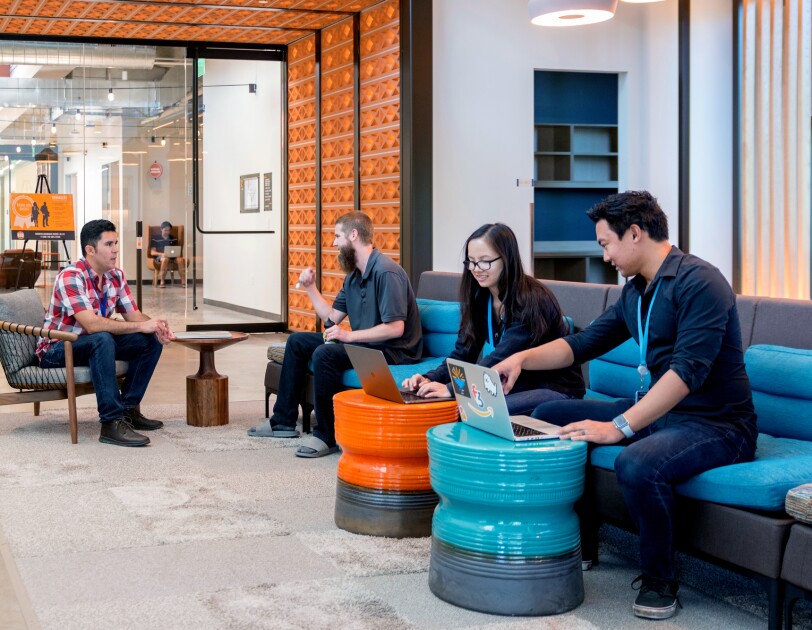 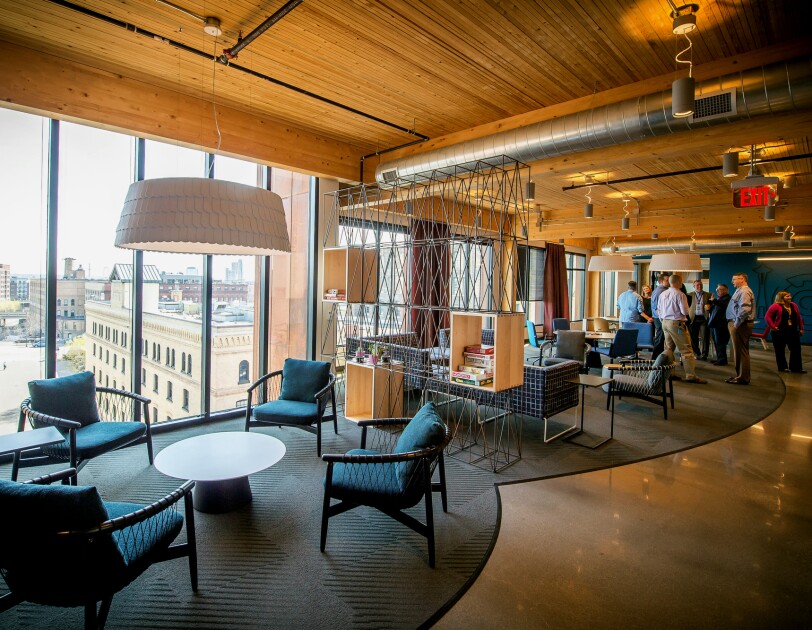 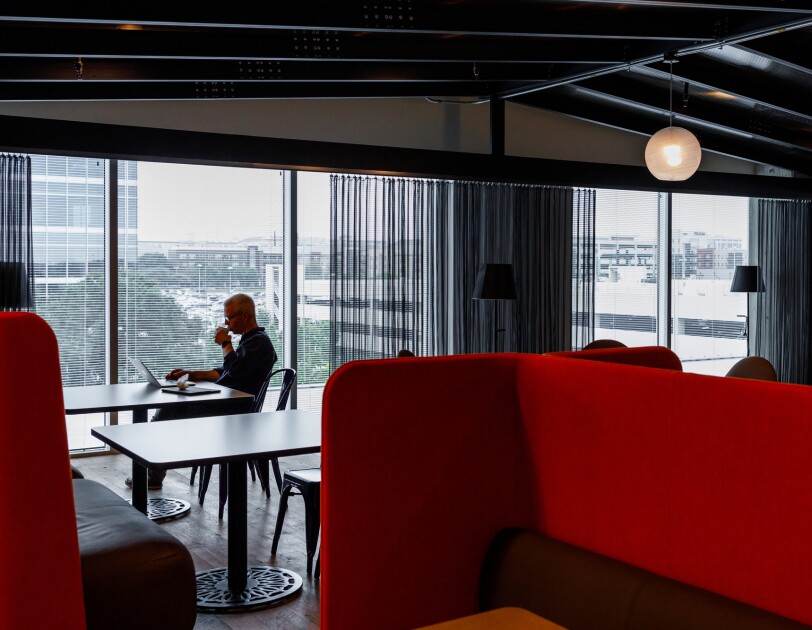 Inside the Amazon offices in Austin, TX.
Photo By JORDAN STEAD

Expansion with a purpose

Amazon's footprint in Washington has grown markedly since it was founded out of Jeff Bezos' Bellevue garage in 1994. The company moved into Beacon Hill's Pac Med building in 1998; a decade later, construction started on the current South Lake Union campus. Today, more than 45,000 people work out of the Seattle headquarters, which occupies more than 40 office buildings.

But as recently as five years ago, the company's presence outside Seattle was relatively modest. Craig Jones, director of global real estate for the Americas, says when he joined Amazon in January of 2014, its office space beyond South Lake Union amounted to less than 2 million square feet. That was changing fast.

"The first week I got here, I was on a plane to Dallas and Austin to put two deals together," Jones says. "Things just took off from there." Amazon's corporate space across North America has nearly quadrupled since then.

Once there's a need for space outside of Amazon’s Seattle and Arlington headquarters, it's Jones' job to find the right building, balancing a considerable wish list. The space should accommodate about three to five years of growth, have nearby amenities like restaurants and public transit, and offer a reasonable commute from popular neighborhoods. And if the landlord will allow dogs, that's great too.

The space also can't be the "shiny penny" in a city, meaning the highest floor in the fanciest building.

"Frugality is one of our leadership principles, we would rather invest this money in continuing to innovate for our customers" Jones says. "We look for a quality property with a quality landlord."

How Pittsburgh learned to speak another language, and provided Amazon a gateway to the world.
Learn more

Typically, a hub starts because a division within the company identifies an advantage to being there. Amazon Web Services might want to be closer to customers, for example, or in Pittsburgh, it made sense to be close to the artificial intelligence expertise growing at Carnegie Mellon University. Nearly half of Amazon’s jobs are now in non-coastal traditional tech states.

In Minneapolis, the transportation technology team touched down two years ago, seeking the developer talent it needed to grow. Other teams, including Amazon Web Services, have joined since, and the site now has more than 150 employees.

"We scaled that growth really fast," says Ari Silkey, general manager of Amazon’s Minneapolis Tech Hub. "The theory around having great talent in Minneapolis has definitely proved out."

His colleague in Minneapolis, Nicole Netland, senior UX design manager for Amazon delivery technology, said the location draws both locals and a few Seattle-based Minnesotans who want to move back. "People love the company and want an opportunity to live closer to home," she said.

Tamir Bar-Haim, who works on Amazon Advertising’s international regions including Canada, had a similar experience. He started with Amazon in Seattle, but he and his wife always dreamed of moving back home to Toronto. He got the chance four years ago as the advertising business expanded northward.

"The timing was perfect," he says. "It was a terrific opportunity to move home and continue doing something entrepreneurial."

The Toronto hub has grown to more than 800 employees and also houses teams working on Alexa, Amazon Web Services, and customer fulfillment technology. In addition to a strong talent pool and a thriving startup community, Toronto is just a short flight from New York City and also close to the University of Waterloo, a founding partner school for the Amazon Alexa Graduate Fellowship. The site recently expanded to accommodate 600 additional employees in the coming years.

"It really feels like it's still “day 1” for us in Canada and in Toronto specifically," says Bar-Haim. "Our site is getting a reputation of being a really high-quality place to hire phenomenal tech talent, so we're seeing new teams raise their hand [to come here]." 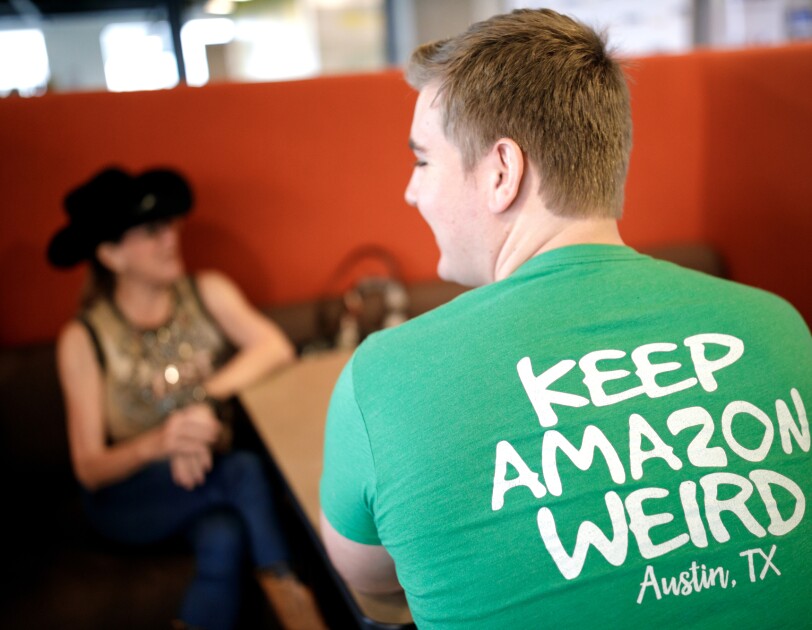 An Amazonian at the Austin, TX Amazon office.
Photo By JORDAN STEAD 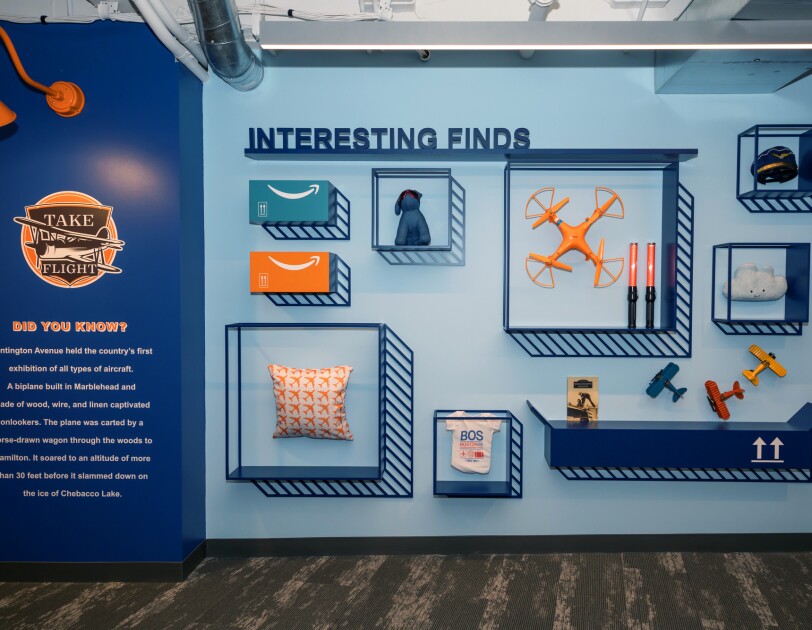 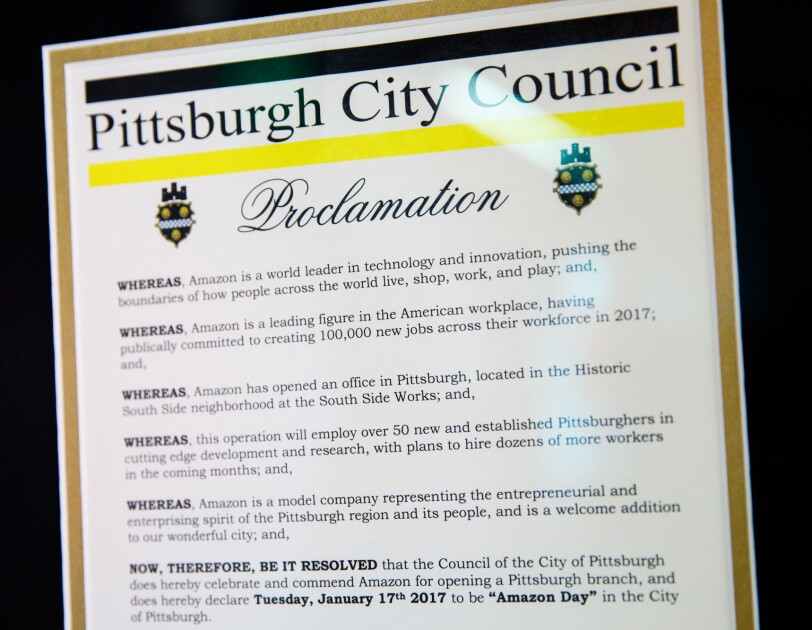 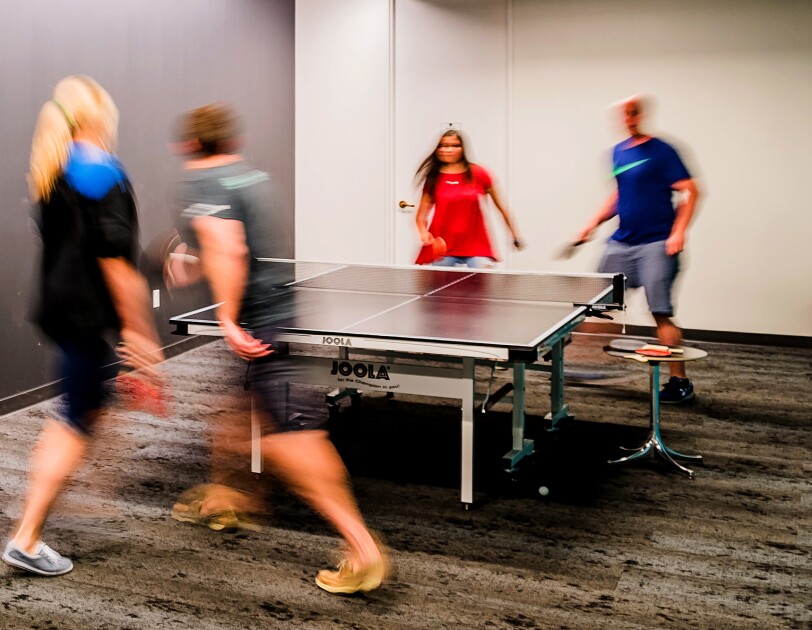 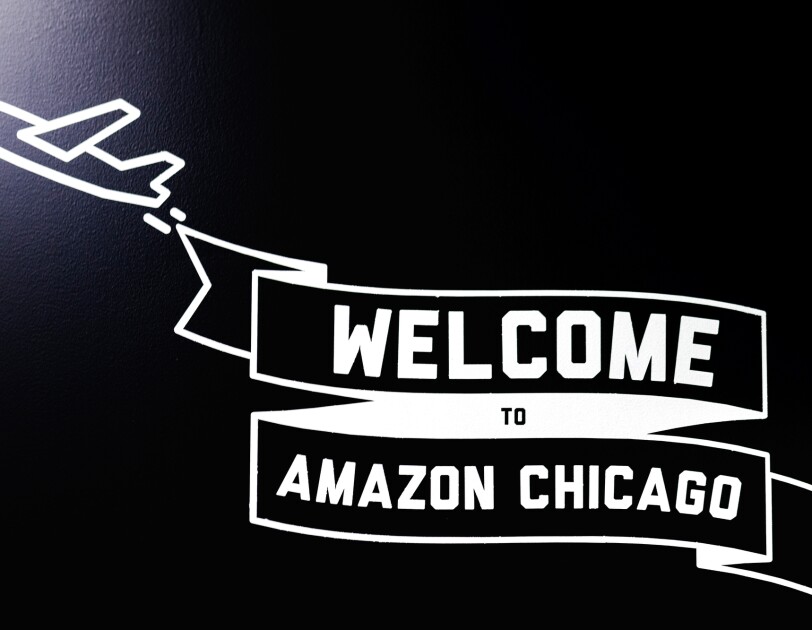 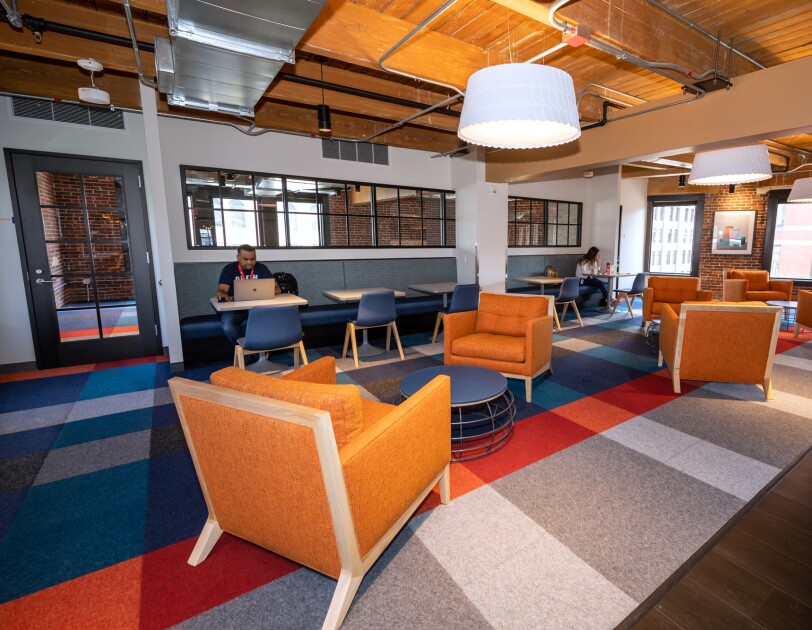 Of course, this kind of rapid growth comes with challenges, which is why Amazon appoints site leads like Bar-Haim and Silkey, who ensure that the company's culture extends to their own locations. That includes instilling the company's leadership principles and holding company events that run in parallel with Seattle's.

"In the early days, it was a lot harder than it is now," Silkey says. "When you're building out an office and it's relatively small, you are back and forth to Seattle, just because that's where most of the employees are, and you don't have a culture yet."

In Denver, Oaks has focused on getting hiring processes and new-hire orientations in place, also making sure that more experienced employees were trained to interview candidates to minimize hiring bottlenecks.

Part of the scale-up can also involve recruiting people from HQ. One very simple but effective promotional technique used by staff in sunnier climates: Posters in the elevators in Seattle comparing the weather forecasts. “It’s an easy sell to people, for sure,” Oaks laughs. (On hearing this idea, Silkey joked, "We won't be doing that for Minneapolis.")

Each hub ends up having its own flavor and advantages as well. Silkey points out that because his group in Minneapolis is still relatively small, there's a lot more cross-team collaboration than you might typically see at a large company. It's easy for him to pop up to the Amazon Web Services team, for example, and ask them about an issue that relates to his work in transportation tech.

A common thread among managers at tech hubs across North America is finding a rich pool of talent that enables them to expand in ways they couldn't back in Seattle. In Denver, Oaks sees no shortage of good candidates.

“The tech pool is stronger than ever before, and it continues to grow," she says.

Amazon marks one year and 1,000 employees in Arlington

An update on the company's permanent office buildings' development, our hiring efforts, and how we're engaging with the community.
Continue Reading
Job creation and investment