Amazon Web Services (AWS) is collaborating with the World Wildlife Fund For Nature Indonesia (WWF-Indonesia), a nonprofit organization in the WWF’s global network, to accelerate efforts to save critically endangered orangutans in Indonesia. Using AWS machine learning (ML) services, WWF-Indonesia can better understand the size and health of orangutan populations in their native habitat, enabling the nonprofit to survey more territory with fewer resources, reduce operating expenses, and channel more of the conservation funding to protect the biodiversity of Indonesia.

Orangutans are among the most intelligent primates on earth, capable of constructing, using tools, and living in colonies with distinct cultures. Human activities including poaching, destruction of habitat, and illegal pet trading have caused severe declines in the orangutan population, which is comprised of three species of great apes native to Indonesia and Malaysia. According to WWF, Bornean orangutan populations have declined by more than 50% over the past 60 years and the species' habitat has been reduced by at least 55% over the past 20 years. Orangutans are largely solitary and spend much of their lives in trees, complicating conservationist efforts to accurately measure remaining populations.

Since 2005, WWF-Indonesia has assessed the health of orangutan populations and conserved their 568,700-hectare habitat in Sebangau National Park in Central Kalimantan, Indonesia. Previously, the assessment required experts and local community volunteers going into the field daily to find orangutans, photograph them, download images to local computers at the basecamp, and transport the data back to the city for analysis by a WWF expert. This manual process took WWF-Indonesia experts up to three days to analyze each batch of thousands of photos, a process that could be error-prone due to the volume of data.

Using AWS, WWF-Indonesia now automatically gathers images from mobile phones and motion-activated cameras at its basecamp and uploads these to Amazon Simple Storage Service (Amazon S3) where they are then analyzed. Using technologies including Amazon SageMaker, a fully-managed machine learning service that allows data scientists and developers to quickly and easily build, train, and deploy machine learning models at scale, WWF Indonesia has reduced its analysis time from up to three days to less than ten minutes. It’s also been able to increase the accuracy and specificity of its data, which includes measurements such as gender ratio and age, assess the viability of populations, and helps conservationists quickly identify whether individuals are pregnant, ill, or suffering from injuries requiring immediate treatment. By adopting machine learning, WWF-Indonesia has reduced its reliance on a limited pool of experts and improved the accuracy and breadth of its data about orangutan populations.

"As a nonprofit, we are always looking for ways to work smarter and apply our resources more effectively to better carry out our conservation mission. Using AWS services like Amazon SageMaker and Amazon S3, we are starting to make a tool accessible for the field surveyors, even with limited expertise and capacity, to identify wildlife in its natural habitat with a high degree of accuracy. With careful use of technology, this innovation will help the biologists and conservationists to effectively and cost-efficiently monitor the wildlife behavior through time and thus we can allocate our resources to scale up the monitoring efforts and invest more in conservation actions," said Aria Nagasastra, finance and technology director of WWF-Indonesia. "The collaboration between WWF-Indonesia and AWS on innovative new technology solutions can lead to the opportunity to elevate the biodiversity conservation practices in Indonesia to the next level." 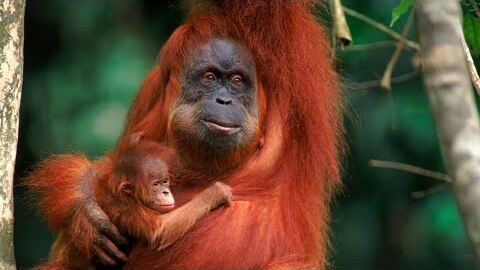