AWS Snowcone is a rugged and secure device for collecting, processing, and moving data to AWS from disconnected environments.
By Day One Staff

AWS Snowcone is the smallest member of the AWS Snow Family of devices—a collection of physical devices designed for environments outside of traditional data centers that lack consistent network connectivity, space, power, cooling, and/or require portability. From the suitcase-sized 50 pound AWS Snowball to the 45-foot long shipping container AWS Snowmobile, the Snow services collect and process data, run local computing applications, and move large volumes of data, such as digital media, genomic data, and sensor data to AWS. In 2019, prior to the launch of AWS Snowcone, CNBC produced a video that showcased the AWS Snow Family.

The device is built to withstand harsh conditions and is designed for a number of use cases in environments outside of the traditional data center which may lack consistent network connectivity or require portability. Running applications in these environments can be challenging because the locations lack the space, power, and cooling systems common in data centers.

"Thousands of our customers have found AWS Snowball devices to be ideal for collecting data and running applications in remote and harsh environments. Since 2015, customer use of Snowball devices has greatly increased, as has their need for an even smaller device with even greater portability," said Bill Vass, Vice President of Technology at AWS. "AWS Snowcone makes it easier to collect, store, pre-process, and transfer data from harsh environments with limited space to AWS for more intensive processing."

AWS Snowcone is a military-grade secure device used to run applications and migrate data to AWS. The device measures 9 inches long x 6 inches wide x 3 inches tall (23 cm x 15 cm x 8 cm) and weighs 4.5 lbs (2.1 kg) and can easily fit in a backpack or messenger bag, standard mailbox, or any type of vehicle, and is light enough to be carried by drone. AWS Snowcone can move data to AWS offline by shipping the device (using its E Ink shipping label) and online using Ethernet or Wi-Fi with AWS DataSync, which are integrated and pre-installed into the device. AWS Snowcone features 2 CPUs, 4 GB of memory, 8 TB of usable storage, and USB-C power, or optional battery.

One example of an AWS Snowcone customer is SmugMug+Flickr, the world's largest and most influential photographer-centric platform.

"For over a decade SmugMug has been storing billions of photos and videos for our millions of users in an accessible, available, and secure way using Amazon S3. With the introduction of AWS Snowcone, our customers now have a small, ultra-portable device with 8 terabytes of storage that allows them to capture more content during a photography or videography shoot, process the data locally, and then upload it to the cloud faster than ever," Don MacAskill, CEO & Chief Geek, SmugMug and Flickr. "AWS Snowcone’s small form factor and rugged, secure design allows us to simply ship these devices to customers so they can seamlessly copy and preserve their precious and valuable media whether in the comfort of their own home or out on a shoot off the grid in jungles, deserts, forests, mountains, in the middle of the ocean, and even in drone use cases."

Setting up a Snowcone device takes only 3 clicks, and once set-up, the device is easily used and managed through a simple-to-use graphical interface. AWS Snowcone is available in the U.S. East (Northern Virginia) and U.S. West (Oregon) AWS Regions, with availability planned in additional AWS Regions in the coming months. 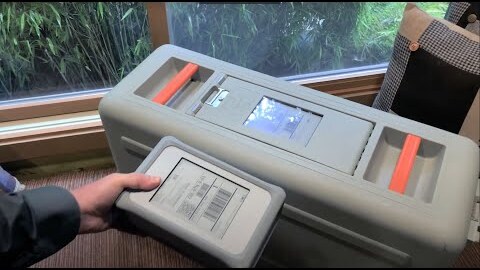