See what happens when a retirement community adopts Alexa.
By Day One Staff

Two things bring joy to every day of Len Marten’s life: his framed 1944 photo of the woman who was his wife for 72 years and his Amazon Echo Show. The voice-controlled device briefs him about ballgames, connects him with his son and daughter-in-law in New York, and cues his favorite Rodgers and Hammerstein tunes on-demand.

“I didn’t think I’d see one in my lifetime,” Marten said, sitting in his room at Aegis Living, a retirement community in Seattle. “When you get to be 93 and a half, you hear something besides your own voice and it helps you get through the day.”

“We specialize in a very frail community,” said Chris Corrigall, Aegis Living’s Vice President of Life Enrichment. “Our residents lose the ability sometimes to recall people, places, and things throughout the day. We're here to meet them where they are and help guide them through that.”

Alexa is the voice service on Amazon devices that Aegis program directors call on to help residents navigate the delicate paths of aging, loneliness, and lost memories while celebrating each day.

10 cool things you didn't know Alexa could do

You're probably already playing your favorite music on your Echo, but did you know that Alexa can help you fall asleep, keep your pantry stocked, or play a game with you?
Find out more

“We're not looking for an amazing hour, or an amazing day. We're looking for moments of joy,” Corrigall said. Since he introduced Alexa to each of Aegis Living’s 30 communities in Washington, California, and Nevada, the response has been so positive each community will soon have a second device. Ultimately, Corrigall hopes to have an Alexa-enabled device in every resident’s room.

“Our program is exercising the mind, the body, and the spirit, and Alexa and the Echo helps us do that every single day,” Corrigall said. “To be able to just turn and ask Alexa a question and have it come right to you, it really makes the whole process seamless, and that's been a great asset for us.”

On a rainy Seattle afternoon, two dozen Aegis residents meet in the facility's lobby with Kaylee Tilton, a music therapist. The Amazon Echo, sitting on a small table in the center of the room, is the star of the show.

A guardian of fleeting moments, Tilton is determined to connect with residents regardless of their cognitive abilities. Alexa is her savvy second-in-command providing music, information, and knowledge on the spot.

“If somebody in this population remembers something, you've got to go with it,” Tilton said. “If you take too much time getting to the point you've lost them.”

As the therapy class wrapped up, Len Marten stood in the lobby, planted his hands on his walker, and belted out a song from “Carousel.” He took Thelma to see the original Broadway production when they became engaged more than half a century ago. The other residents cheered for Marten’s performance and hugged his arm as he made his way to the elevator. He was beaming.

“At the end of the day, what we have are those moments,” Tilton said. “We just have moments. All that's happening is now. All that's real is right now.”

Guide dogs get to know a new voice: Alexa

Announcing the teams competing for the $3.5 million Alexa Prize

Teams will create socialbots that can converse with humans on a range of topics.
Continue Reading
Amazon responds to COVID‑19
How we're supporting our employees, customers, and communities
Learn More
Return to video player ➡ 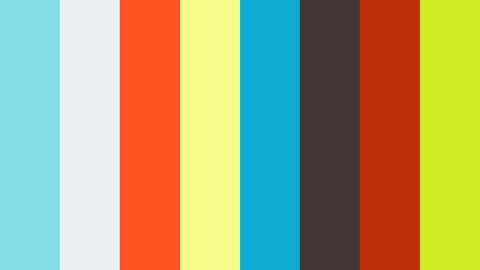 How retirees find "moments of joy" with Amazon’s Alexa