What to binge watch, right now.
By Day One Staff

School's back in session, summer's over. Perhaps it's the perfect time to binge-watch a few seasons of that show you keep hearing about, watch a movie so that you can be "in" on the water cooler chat, or maybe explore a new Amazon Original. Good news, we've got you covered.

The following series, shows and movies will be new in October and available for streaming on Prime Video.

Inside Edge - Season One: The first launched Indian Amazon Original Series which combines the worlds of cricket and entertainment in a 10-episode series. Inside Edge will be available in UHD on compatible HDR devices. Available October 9

Lore - Season One: The Amazon Original Series based on the popular podcast of the same name, is an unscripted horror anthology series dealing with scary and often paranormal true events that have spawned modern-day nightmares. Lore will be available in UHD on compatible HDR devices. Available October 13

Red Oaks - Season 3: The Amazon Original Series set in the 1980s, concludes the stories of aspiring young filmmaker David Meyers and the colorful characters he’s met on his journey to adulthood. Red Oaks will be available in UHD on compatible HDR devices. Available October 20

City of Ghosts: The Amazon Original Documentary directed by Matthew Heineman, follows the efforts of anonymous activists who have banded together after their homeland is taken over by ISIS as they face the realities of life undercover and on the run. Available October 13

The Wall: The Amazon Original Movie starring Aaron Taylor-Johnson and John Cena, follows two soldiers pinned down by an Iraqi sniper with nothing but a crumbling wall between them. Available October 20

Get your fix of scary movies as you prepare for Halloween. Here are movies you'll be able to scream (ahem, screen) starting in October.

For more information, including movies and shows that will newly be available to rent or available for streaming on Amazon Channels in October, see our What's On Guide.

*Content availability varies by country due to licensing rights. 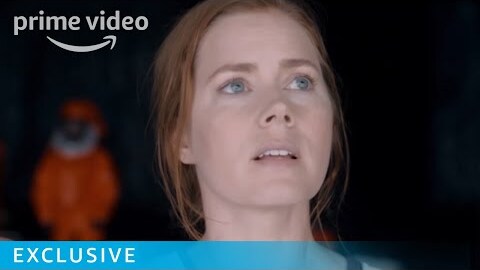