Check out Valerian and Power Rangers to see how it all works out, or be swept away into daring adventures with Prime Originals Sneaky Pete and The Dangerous Book for Boys.
By Day One Staff

March brings one Amazon Original Movie and three Prime Original Series exclusively available for Prime members to stream or download at no additional cost to their membership.

In addition to Prime Originals, licensed TV series coming to Prime Video next month include season two of PBS’s thriller The Tunnel and season 2 of British comedy The Durrells in Corfu.

Next month through Amazon Channels, Prime members subscribed to CBS All Access can enjoy season two of the acclaimed series The Good Fight. On HBO, comedy fans can watch the season five premiere of Silicon Valley or check out the newest series Barry. Drama fans looking for an edge of your seat experience can tune in for the series three premiere of Billions on Showtime.

For a full overview of streaming on Amazon Channels visit the What’s On Guide.

Prime VideoAmazon PrimeMoviesAmazon Exclusives
How did you like this story?
Yawn
It's OK
It's good
It's great
I love it!
Thanks!
Amazon Prime

12 Prime benefits you may not know you have

From videos to e-books, shipping options, and so much more, here are some of our most popular benefits.
Continue Reading
Entertainment

Top playlists and thousands of stations are now available to stream on even more devices, for free.
Continue Reading
Shopping

Amazon Fresh, which was previously $14.99/month, is now a free benefit for Prime members.
Continue Reading
The Australia bushfire crisis
What Amazon is doing for support organizations on
the frontline of the Australian bushfire crisis, and how you can help.
See how you can help
close
Out for Delivery
Get the best of the Amazon blog, including the latest news, top stories you may have missed, and editor's picks, delivered right to your inbox.
Sign Up
Return to video player ➡ 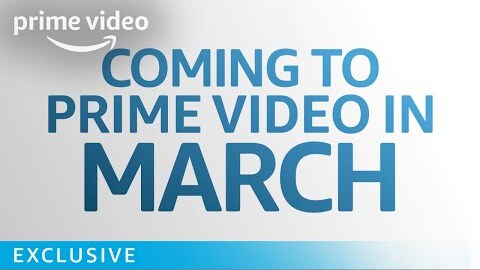