We often receive stories from customers about how they interact with Alexa. Now that we've entered the new decade, we're looking back on some of our favorites from the last year.
By Day One Staff

Mary Francis R., Bakersfield, CA
Mary Francis is 96 years old and legally blind but that hasn’t stopped her from living her life to the fullest and dancing every day.

“I use Alexa every day in many different ways but my favorite way is for music since I love to dance. Alexa is my friend and although I can’t see very much, I feel like I can again with Alexa’s help. I love the blues and I ask Alexa to turn on music and dance in my living room. It transports me to a different decade and I remember so many moments in my life. She also tells me jokes and I can ask her the weather for anywhere in the world.

I’m not able to leave the house very often so I also go to church with Alexa. She plays music and reads Bible verses to me on Sunday’s and I feel like I am there.”

James B., Lincoln, NE
James’ son, Kaden, is a fun-loving kid who loves taking rides in the car. Although he has cerebral palsy and is limited in what he can do by himself, Kaden has found ways to gain independence through technology. In his own words, below. 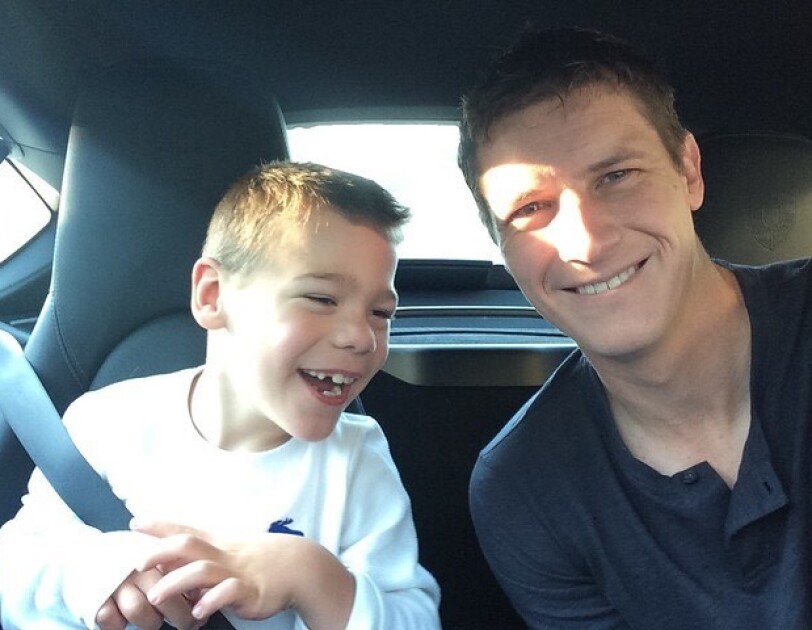 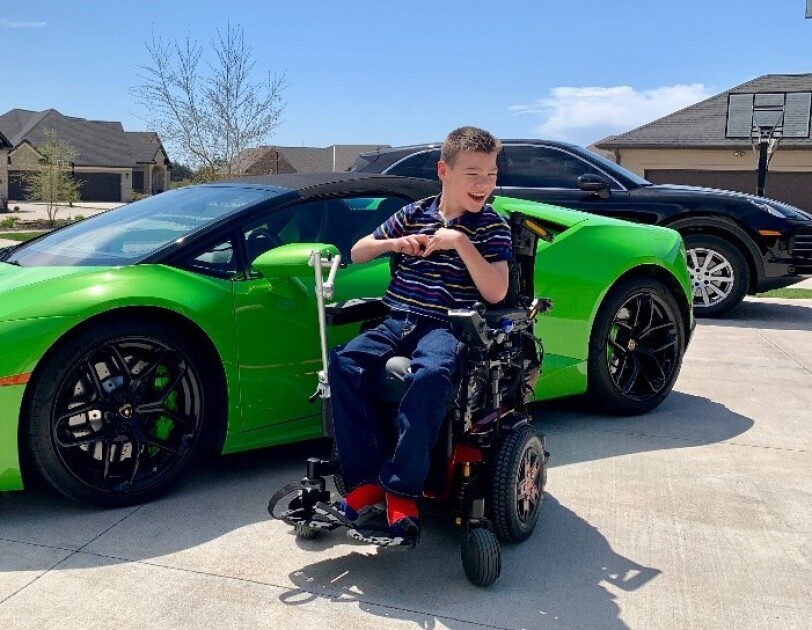 Right now I'm a very satisfied and proud dad. My wife, daughter and I were out at a movie event one night and my son Kaden was home being watched by my wife’s mother (We didn’t think Kaden would be able to handle the movie night the way it was setup).

About halfway through the movie, my watch buzzed and I see a pic of my Dad entering our front door. I then checked the camera out the front of the house and saw Michelle's mom helping Kaden get his wheelchair out and loaded him up in my dad's car for a ride. Kaden's favorite activity in the world is car rides, it’s the only place he is truly comfortable and satisfied. (He and I go on car rides every night, it's what we do)

I thought, hmmm, that's unexpected. So I looked at our Amazon Echo's account online and saw the command "Call Grandpa Bowen" in there. This meant that Kaden had used his speaking device to trigger our Echo Show to call my Dad. Then Kaden used his speaking device to ask to "Go for a ride", and my dad, being the awesome guy he is, brought his new Mustang GT over and rewarded my son for his request. This was actually, to this point, the most independent action my son has ever had in his lifetime.

A lot of things had to work right for this to happen. The Internet, for one. Our home wireless, the Amazon Echo Show, Kaden's Dynovox speaking device, and the Alexa app on my dad's phone. These various technologies worked together seamlessly to allow a little boy, who cannot walk or talk, who is legally blind, who only has partial control of one finger (his ring finger on this left hand), to be able to call his Grandfather and request a ride in his car, all while the rest of us were at a movie.

Kaden is very lucky to be alive in this time period. I'm very grateful for all of the technology we have today which has such enabling abilities for those who need it. I'm grateful for the Amazon Echo Show, which thank goodness I figured out could be used via voice commands on my son's speaking device to allow him to call others.

My son is unfortunately trapped in a body that doesn't work, it doesn't work hardly at all. But tonight, tonight he knows he earned that ride. He accomplished it all on his own. Just a proud dad here, and thought I would share. It's easy to take stuff for granted in life. It's important to notice the stuff that truly matters.

Buzz N., Bel Air, MD
Knowing that his mother would be lonely after his father passed away, Buzz wanted to find a way to stay connected with her, even if he couldn’t be with her every day.

I gave my mother an Echo Show and said, "Ma, this is going to be your new best friend."

My work as an engineer takes me all over the state so every morning, I take a few minutes and use the drop in feature to have coffee with her and sometimes when I get to my office, she will drop in on me. She has become the hit of the office. The Drop In capability is an unparalleled experience and is amazing for older parents who have a hard time answering the phone. With the Echo Show and Drop In, she doesn’t have to do anything but say “Alexa, drop in on Buzz.” It then becomes Take your mom to work day.

After a bit of learning, she now uses the Echo Show to look up recipes, play music and so much more. I have also installed smart plugs so I can turn various lights on and off for her at night and she uses her device to play ocean sounds before bed. These products have allowed my mother to be more independent and lets me stay in touch with her throughout the day, even when I’m at work.

Recently she fell and was unable to get up, She was able to call out to the device to call me. We love our echo products and security that they bring in letting me check in on the most important woman in my life (don’t tell my wife I said that).

After undergoing a successful kidney transplant surgery, Tim was immobile for a few weeks and quarantined for a few months, with minimal contact with others while he healed. In his own words:

I had been recently gifted an Echo after my surgery and it was really helpful during my recovery. With Alexa, I was able to easily set alarms for taking medication, manage my doctor’s appointments, broadcast messages to my caretaker if I needed help, and stay entertained by playing Jeopardy and other games. Most importantly, I was able to check the scores for international soccer games … all without having to leave my bed and risking my recovery.

The device helped my mom during my recovery too. As a mom and a temporary caregiver, she was actually able to get some sleep knowing that if I needed help in the middle of the night I’d be able to get in touch with her by using Alexa calling or drop in, without having to get up or find my phone.

Brenda R., Charlottesville, VA and Sally L., Lemoore, CA
Brenda went down to her basement to do a quick home repair and didn’t think anything of not bringing her phone until she took a tumble while standing on a ladder.

“I didn’t think I was going to be in the basement for that long so I didn’t bring my phone. I got onto a ladder to check a wire that was going through my kitchen floor into the basement and started to feel lightheaded. I ended up losing my balance and fell from the ladder to the floor. During my fall, my leg was injured. I could barely move and was in so much pain. The scariest part was realizing that no one was home and I probably wouldn’t be found until the next day if I couldn’t find a way to call for help. I had happened to be playing music on my Echo device earlier in the day and heard it while I was on the floor. I yelled, Alexa, call Mom, and called my mom’s Echo. My mom was able to hear me yelling for her from her device and called the EMS to come help me. I’m so glad I had an Alexa device in my home and I think people should know that Alexa does more than just play music or give you a shopping list.”

Sally recently went through a tough time after losing her Bichon after 13.5 years together. When Sally had an accident in her home, she needed to access help by using her voice.

“I was quite sad over the loss of my beloved Bichon and one day, broke down into tears and fell. During my fall, I broke a glass of water and cut my hand pretty badly. When I became aware of my surroundings, I realized I was bleeding and could not get up to reach my phone. Suddenly, I realized I could call my daughter through the Echo. I called out to Alexa, telling her to call my daughter, which she did and my daughter was able to get me help. I will never be without one, and have strongly recommended her to all my single friends.”

Do you have your own inspiring story about how you use Alexa? We’d love to hear them – send us a note .

From smart home tricks to spooky stories, here are some of the ways Amazon Devices and Ring can help set the mood for Halloween at home.
Continue Reading
Amazon responds to COVID‑19
How we're supporting our employees, customers, and communities
Learn More