When Mike Bezos came to America

The father of Amazon's founder tells his story of fleeing Castro's Cuba and finding family in his new country.
By Neal Karlinsky

The photograph of the old sign on the lumber mill is grainy, but you can still clearly make out the name: “Bezos.”

That business is now part of a story told by father and son – Mike Bezos and Amazon founder and CEO Jeff Bezos – as part of a tribute being displayed within the new Statue of Liberty Museum.

Mike came to the United States alone at the age of 16, speaking no English. He was sent by his parents to seek a better life in the wake of Fidel Castro’s rise to power, and was among thousands of other teenage refugees from Cuba, part of what became known as Operation Peter Pan.

“My parents were not allowed to go into the airport with me, so they dropped me off,” said Mike. “I got on an airplane and landed in Miami 45 minutes later.”

He was allowed to take very little – three shirts, three pairs of pants, one pair of shoes, and a handmade jacket that is now a family heirloom. The video story presented here includes never-before-seen home movies, cards, and mementos detailing the Bezos family journey.

He had an enormous amount of grit and determination, but he also had incredibly kind and supportive people to help guide him along the way. My dad's story really shows that people help each other.

After spending time in a refugee camp in Florida, Mike was sent to Wilmington, Delaware to attend high school.

“You do learn the language very quickly when you're immersed in it,” he said. “You can see my grades improving semester by semester. All of that is due to being able to speak and understand the language.”

Jeff tells the next chapter of the story: “He ended up getting a scholarship to the University of Albuquerque in New Mexico, where he met my mom.”

Mike would go on to have a long and successful career, and along with his wife, Jackie, he raised three kids. He forged lifelong bonds and has kept in touch with the people who helped him as a young man. While he has never returned to Cuba, he hasn’t lost his identity and says his entire family loves Cuban food.

As a son looking back on his father’s journey, Jeff said he remains deeply impressed, and can hardly imagine doing the same thing as a 16 year old.

"He had an enormous amount of grit and determination, but he also had incredibly kind and supportive people to help guide him along the way," Jeff said. “My dad’s story really shows that people help each other."

A message from our CEO and founder

Watch this page for the latest on how we’re supporting our employees, customers, and communities.
Continue Reading
Company news

How Amazon prioritizes health and safety while fulfilling customer orders

We are committed to the health and safety of our associates, delivery service partners, drivers, employees, and customers.
Continue Reading
Amazon responds to COVID‑19
Watch this page for the latest on how we’re supporting our employees, customers, and communities.
Learn More
Return to video player ➡ 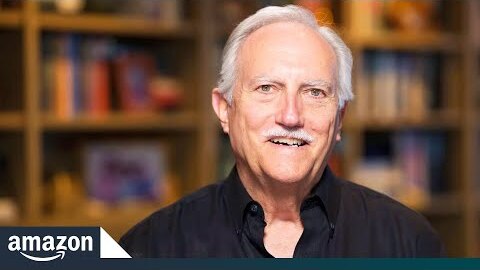 Mike Bezos and the roots of an American dream