The journey to acceptance and independence

Why the 2018 Special Olympics USA Games are especially meaningful for an Amazon family.
By Meg Coyle

As little boys, brothers Kyle and Jordan Schwab got into more trouble than most. They were often mischievous, always energetic, and constantly on the move. Their mom Charlene Schwab had a tough time keeping up.

“I remember going into the doctor’s office and having a meltdown, feeling like a bad parent because I couldn’t control them,” said Charlene. “I just thought I had active kids.”

Active was an understatement. Doctors diagnosed both boys with ADHD, Kyle’s was particularly severe. He was also diagnosed with Oppositional Defiant Disorder, and both had intellectual disabilities. After talking with doctors, Charlene recalled wondering, “OK, now I have knowledge about what all of this is. How do I deal with it?”

She knew Kyle and Jordan needed an outlet for all their energy. Having grown up playing softball, Charlene and her husband started spending hours playing ball with their boys in the backyard. They signed them up for T-ball and baseball, but the boys would often end up sitting on the bench, rather than playing in the game. “Jordan and especially Kyle, were not always in control. They were not following instruction. They were not interacting, and the coaches didn’t really know what to do with them or even how to interact with them,” she said.

The Occupational and Physical Therapist at their school encouraged Charlene to consider Special Olympics because she felt it would be a good fit for them. The family attended a meet-and-greet in 2004, and the connection was instant. “It was the first time we could really see that we’re not alone,” Charlene said. “We walked into that gym, and the kids started laughing and playing and interacting with all these other kids. And they could just be who they were and go at their pace. It was acceptance.”

We walked into that gym, and the kids started laughing and playing and interacting with all these other kids. And they could just be who they were and go at their pace.

The Schwab family is still involved with Special Olympics today and look forward to volunteering for the 2018 Special Olympics USA Games in Seattle. Amazon is the presenting sponsor of the Closing Ceremonies, donating more than $500,000 in support of the Games and hundreds of volunteer hours. 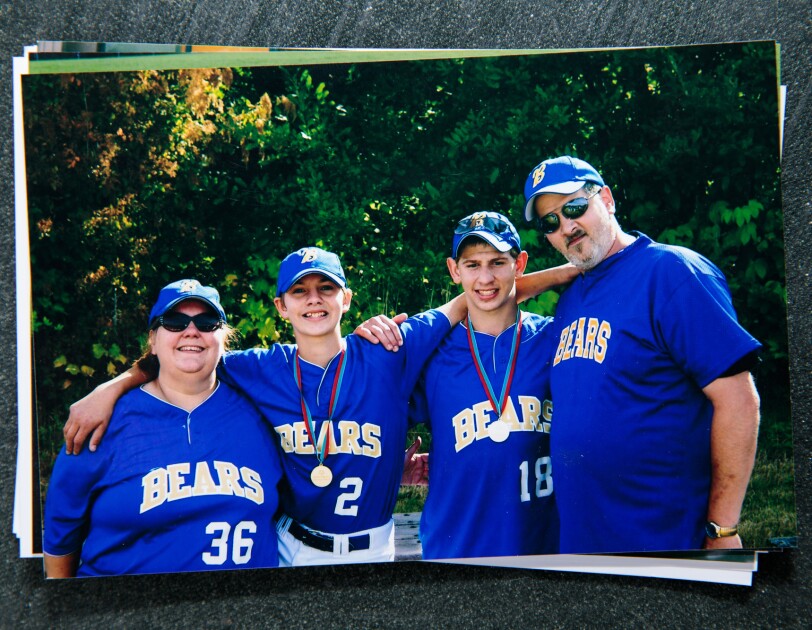 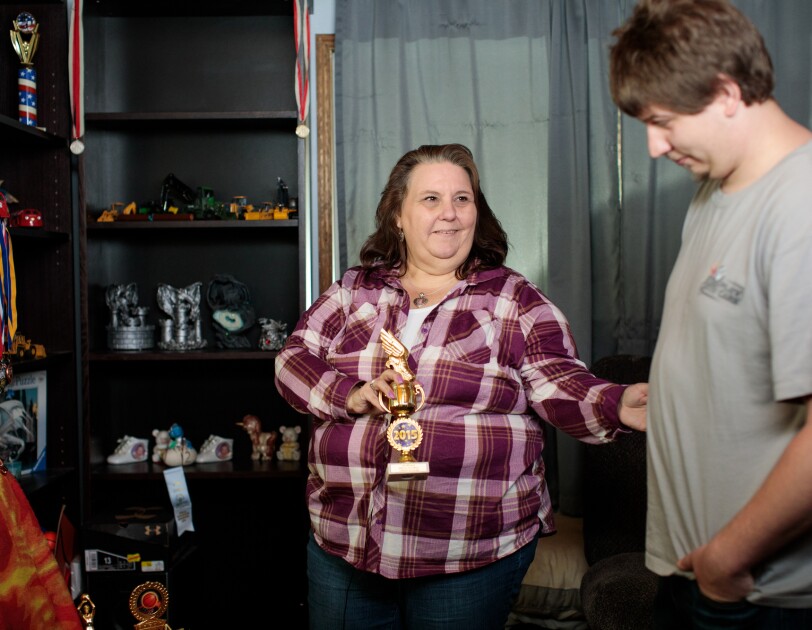 Charlene Schwab and her son Jordan work for Amazon.
Photo By JORDAN STEAD 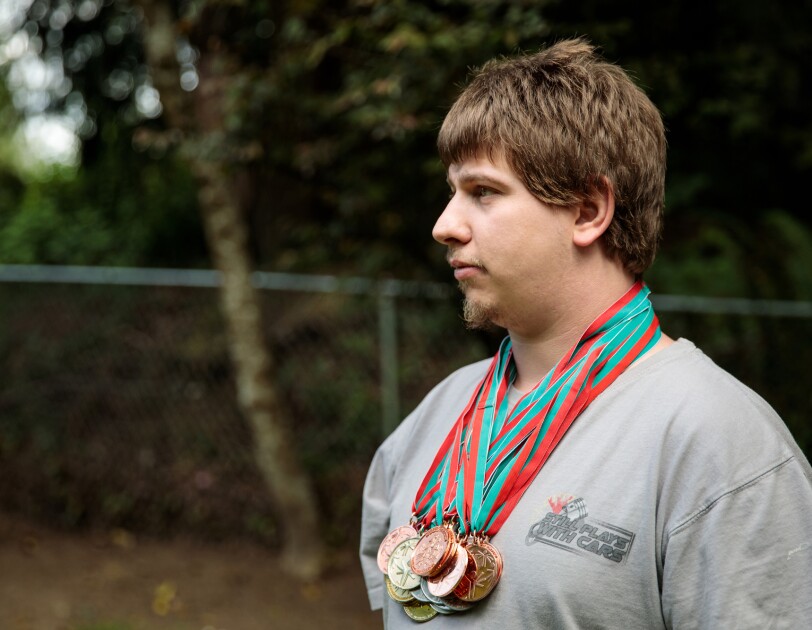 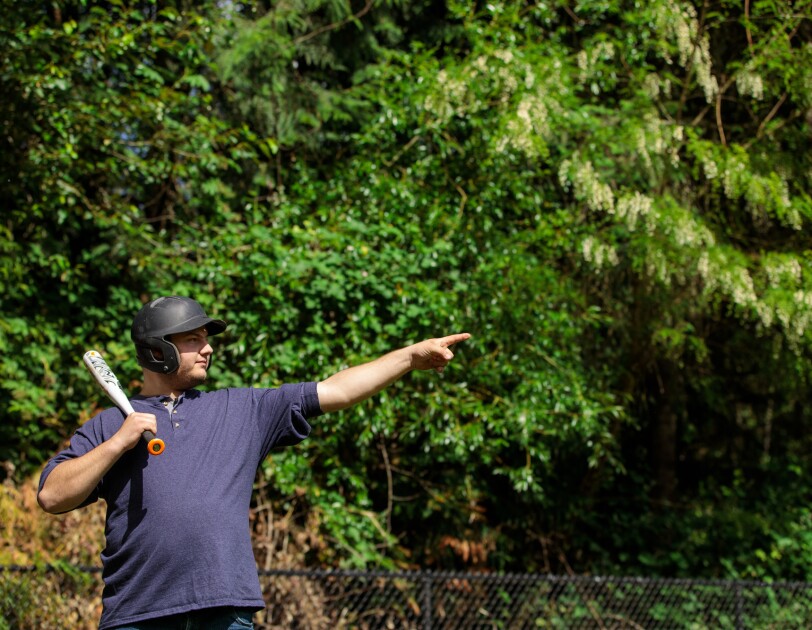 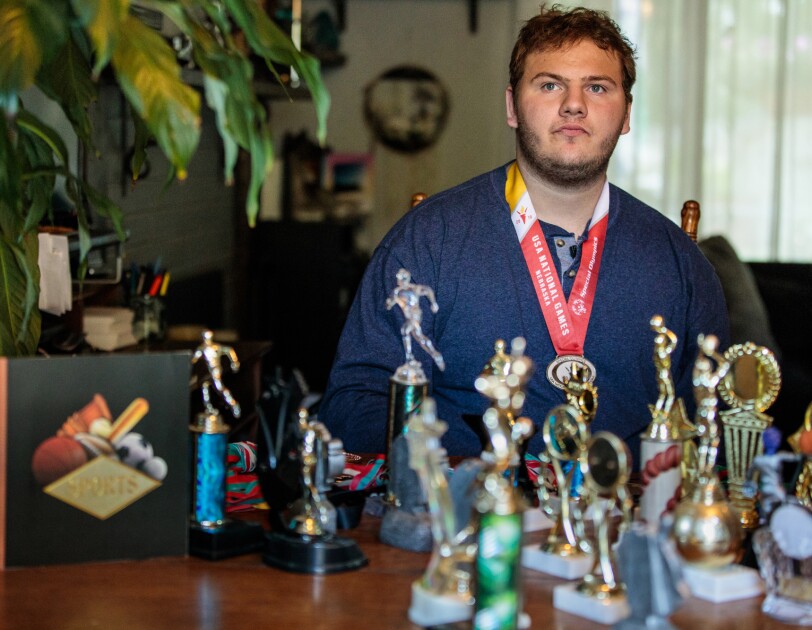 Kyle Schwab with some of his awards, including the silver medal he earned in the shot put event during the 2010 Special Olympics USA Games in Nebraska.
Photo By JORDAN STEAD

“Amazon is proud to support the inclusive spirit of the 2018 Special Olympics USA Games,” said Beth Galetti, Amazon’s senior vice president for Worldwide Human Resources. “At Amazon, diversity and inclusion are an inherent part of our culture. The unique talents, experiences, and backgrounds of our employees are the driving force which enables us to build and innovate on behalf of millions of customers around the world.”

The 2018 USA Games kick off with the Opening Ceremony at Husky Stadium on Sunday, July 1, and culminate Friday, July 6, with the Closing Ceremony presented by Amazon at Lake Union Park in Seattle.

Amazon employees are volunteering at this year’s games, including Charlene and her son Jordan. Charlene works in Seller Support, Jordan works at Amazon’s Fulfillment Center in Kent, Washington. “Jordan tells all his friends, ‘Yeah, I work for Amazon.’ He’s so proud of that. So to see Amazon embracing Special Olympics, it’s very impressive to me and emotional, because it’s all so close to my heart,” Charlene said.

For the Schwabs, Special Olympics is a family activity. Charlene coaches softball. Her husband, Jeff, is the team manager. Jordan and Kyle are still playing softball, basketball, and track. Medals and trophies from their years of competing fill shelves in their home, including Kyle’s silver medal for shot put in the 2010 Special Olympics USA Games. For Charlene, the real prize is what Special Olympics has given their family.

Meg Coyle is a recovering journalist, wife, mom, animal lover and storyteller.
How did you like this story?
Yawn
It's OK
It's good
It's great
I love it!
27 Ratings
Thanks!
Devices

Amazon makes it, he breaks it

Inside Amazon’s reliability lab, which ensures Echo, Kindle, and other devices are built to last.
Continue Reading
Transportation

Your own company, powered by Amazon

Amazon’s Delivery Service Partner program puts you in the driver’s seat of your own business.
Continue Reading
Community

AmazonSmile is a way for customers to support their favorite charitable organization every time they shop with Amazon.
Continue Reading
The Australia bushfire crisis
What Amazon is doing for support organizations on
the frontline of the Australian bushfire crisis, and how you can help.
See how you can help
close
Out for Delivery
Get the best of the Amazon blog, including the latest news, top stories you may have missed, and editor's picks, delivered right to your inbox.
Sign Up
Return to video player ➡ 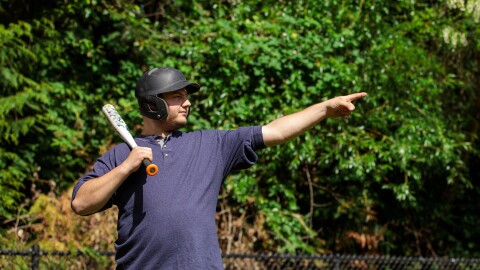 Special Olympics gave this family a place to belong