Heather felt "the stare" many times. People looked at her long enough to make eye contact, then turned away, often with a frown.

"They passed me by when I was on the street. They had no idea that I came from a 20-year job and I used to own my own home," she said. "They didn't give me a second chance because I was down and out, and homeless."

Recently, tears filled her eyes for a different reason as dozens of people in a Seattle restaurant watched her receive a shiny set of chef's knives and a diploma. She was one of several adults who graduated from an intensive 16-week culinary training program run by FareStart, now in its 25th year. The nonprofit is dedicated to helping those who are experiencing homelessness, in recovery, or were incarcerated, gain skills and employment in the food-service industry.

"I see students walk through our door with little sense of connection, little sense of hope, little sense of dignity, and to use their words, they come 'broken.' What I see when they graduate is a different person. I see them feel their own value," said Megan Karch, FareStart CEO. "We use food as a tool for helping people see who they can be."

In addition to teaching basic food-prep and kitchen skills, Karch said FareStart provides "wrap around" support services for housing, mental health services, and drug and alcohol counseling. Since its inception, FareStart has helped more than 8,800 people, and soon many more will have an opportunity to turn their lives around.

FareStart to double its reach with Amazon's help
To support FareStart's expanding services, Amazon matched all restaurant revenues and donations made to FareStart – up to $1 million – for the first 25 days of operation.

Earlier this year, Amazon donated more than 25,000 square feet of space within its headquarters buildings to FareStart. FareStart is using the space to launch its Foodservice Apprenticeship Program and open five new eateries for the community. The new public venues on Amazon's campus are: Maslow's, a full-service casual restaurant and bar which takes its name from Abraham Maslow's hierarchy of needs; Community Table, a market-like food experience with three casual eateries featuring salads, seasonal vegetables, and barbecue; and Rise, an Italian-style coffee shop with sandwiches and pastries.

"I know that the work FareStart is doing is improving the ability of everybody who participates in the apprenticeship program to make a better life for themselves," said Jeff Wilke, Amazon CEO Worldwide Consumer.

Amazon's donations will also help FareStart expand its Foodservice Apprenticeship Program. Recognizing the need for highly skilled food-service workers in Seattle, the new FareStart program provides those with basic food-service skills, passion, and dedication, the advanced training they need to rise to the next level as a server, lead cook, sous chef, or supervisor.

"Any apprentice who goes through the program has an opportunity to take their skills to whatever level they desire. The sky's the limit," said Wayne Johnson, FareStart's Corporate Executive Chef. He said along with advancing individuals' careers, the apprentice program is valuable for Seattle. Restaurant jobs and food-service preparation account for more than 148,000 employees in the Seattle region, according to the U.S. Bureau of Labor Statistics, and there are thousands of openings at any given time.

'We're a life-changing business'
Amanda became homeless in 2012 when her family was evicted from their home. She discovered the FareStart program, graduated in 2014 and is now an apprentice, thankful for the support she's received from chefs and her peers.

"Everything that you learn about how to work in a kitchen and be successful can be transferred to everyday life," she said. "I feel compelled to give back to others."

Heather is also grateful. Since her FareStart graduation, she's landed a job in Nordstrom's kitchen downtown and is eager for a second chance. "How do I stand up here tonight and thank FareStart properly?" she asked, as she faced the crowd who'd gathered at FareStart's flagship restaurant in downtown Seattle. "I'll do it by going out into the community and doing well at my job. That just doesn't sound like enough right now."

FareStart has thousands of students like Heather and Amanda who are now on the path toward financial stability and have hope for the future.

"It's an important part of our role as a very large employer in Seattle to do whatever we can to help folks who are in need," said Wilke. "I can't think of a better way to help people than to help them get a better job that pays a higher income over the long run."

As a neighbor in the South Lake Union community, Amazon supported other innovative nonprofits. Recently, Amazon announced it will open a homeless transitional shelter inside one of its new Seattle headquarter buildings opening in 2020. The 47,000 square-foot shelter will be run by Mary's Place, a nonprofit that helps women and families who are experiencing homelessness. In the past year, Amazon has donated space on its campus for Mary's Place.

Amazon also announced matching grants of $1 million to Mary's Place and $1 million for a Washington, D.C.-based organization called Friendship Place. The nonprofit provides emergency shelter for women and families, and then provides services to help those in need find stable employment and permanent homes.

Watch this page for the latest on how we’re supporting our employees, customers, and communities.
Continue Reading
Working at Amazon

How much does Amazon love dogs? Just ask one of the 7,000 pups that “work” here.
Continue Reading
Community

Amazon provides 73,000 meals to elderly and vulnerable Seattle-area residents during the pandemic

Amazon, working with a Seattle catering company, will distribute meals to over 2,700 elderly and medically-vulnerable residents in Seattle and King County over the course of a month.
Continue Reading
Amazon responds to COVID‑19
Watch this page for the latest on how we’re supporting our employees, customers, and communities.
Learn More
X
Out for Delivery
Thank you!
Please try again
Quick news and rich insights from inside Amazon, delivered directly to your inbox every few weeks.
Check your inbox shortly for your very first Out for Delivery email. We’ll reach out every few weeks with more.
If you’re not redirected back to the blog in a few seconds, click here.
Looks like we had some trouble authenticating your entry. Let’s try again...
Amazon Privacy Policy | Opt-out Anytime
Return to video player ➡ 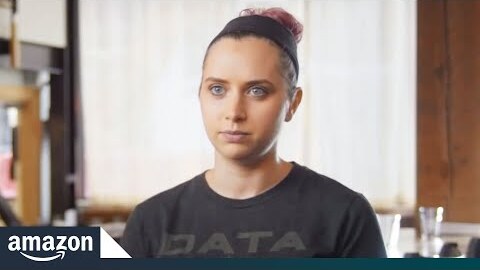 FareStart Raises People Out of Poverty with Help from Amazon