Supporting childhood cancer awareness month, we supported a number of activities.
By Day One Staff

Decked out in their battle uniforms, five young cancer fighters and their families were on a mission. They came to Amazon’s Kent, Washington Fulfillment Center for a behind-the-scenes tour and to inspire others to join the fight against childhood cancer. September is Childhood Cancer Awareness Month and Amazonians were dressed for the part. Thousands came to work in their pajamas to honor kids who are fighting cancer.

Learn what a teenage survivor wants you to know about supporting families through childhood cancer, and find out about the organizations Amazon Goes Gold is partnering with in 2019.
Learn more

"Pajamas are the battle uniform for kids with cancer. They spend months, even years, in their pajamas during treatment and recovery," said Mike Roth, Vice President of Global Customer Fulfillment. "Through pajamas we stand in solidarity to show we care and that they’re not alone."

As part of their morning at the fulfillment center, kids and their families got to see how Amazonians pick, pack and ship customer orders. Then they had a chance to do the same by filling special boxes with toys and games destined for other kids impacted by cancer. This month Amazon will deliver 10 million boxes featuring gold ribbons – the international symbol of childhood cancer – empowering customers to join in the fight one box at a time.

The boxes and pajama party event are part of Amazon’s month-long "GO GOLD" campaign to help the American Childhood Cancer Organization (ACCO) raise awareness and elevate childhood cancer as a national health priority. Approximately 16,000 children in the United States are diagnosed with cancer each year, according to the National Cancer Institute.

"Cancer is the number one cause of death by disease in children in the United States and yet it remains largely unknown," said Jamie Bloyd, ACCO’s National Director of Government Affairs and External Relations. "To have such a huge organization like Amazon recognize it as a national health priority means the world to us."

For every day in September, Amazon is inviting children who have been affected by cancer to explore their interests in STEM and robotics, and learn more about the magic of Amazon innovation. On behalf of each child, Amazon will make donations to pediatric oncology programs across America committed to saving their lives. Amazon also donated $1 million to help ACCO fund initiatives that provide educational, financial and emotional support to children and families in communities across the country.

"We believe it’s critical to raise awareness in every corner of the country so that children can be diagnosed earlier, policymakers can make more informed decisions, and families can be supported by their local communities during such a devastating time," said Dave Clark, Senior Vice President of Worldwide Operations.

At the end of their day, Amazon’s young VIPs were surprised with their own box filled with toys. "It’s just awesome," said 6-year-old Violet. "I just had the funnest time." 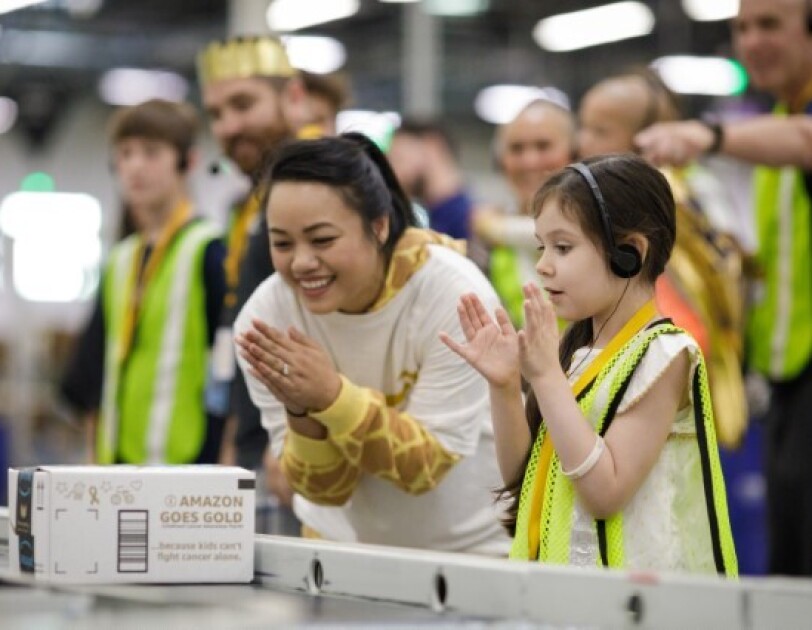 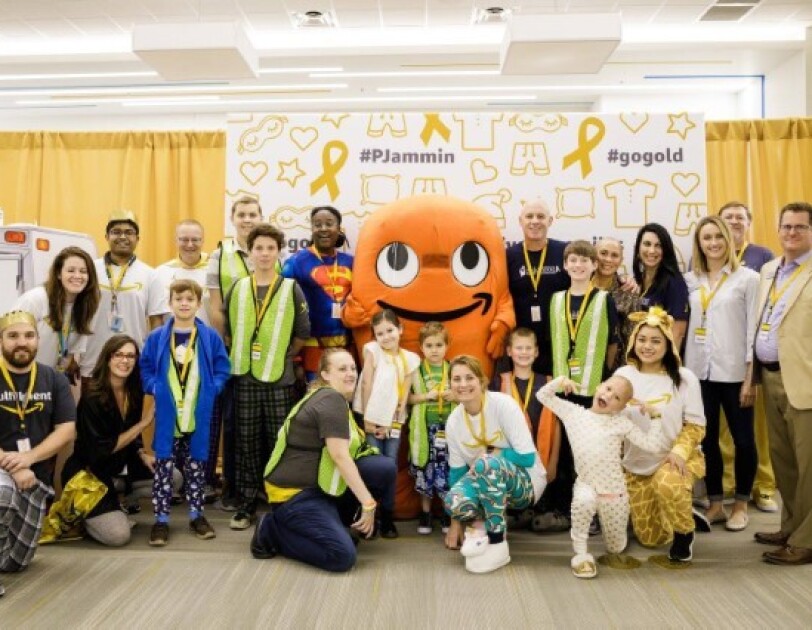 "These people are my family"

More than a job, a manager finds an extended family through her Amazon co-workers after her daughter’s cancer diagnosis.
Continue Reading
Operations

What a teenage survivor wants you to know about cancer

The Amazon Goes Gold campaign is all about raising awareness of childhood cancer. We asked an Amazonian and his daughter to share what they learned about facing a grim diagnosis and how people who want to help can make a difference.
Continue Reading
Community

#GoGold takes to the skies 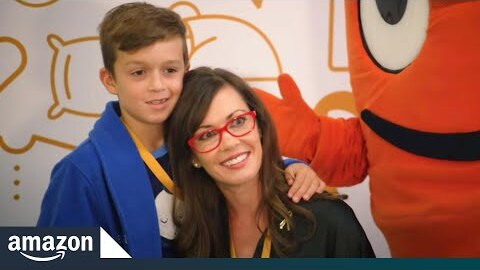