Using his paddleboard, he helped locate stranded residents.
By Day One Staff

It was around the time 43-year-old Jason Miller realized his wife and two kids were safe that it came to him – people near his Katy, Texas home needed to be rescued from flood waters and he had a solution.

"I already had the paddleboard I use for fishing,” Miller said. “So I got out to a neighborhood that was flooded. I paddled in there." 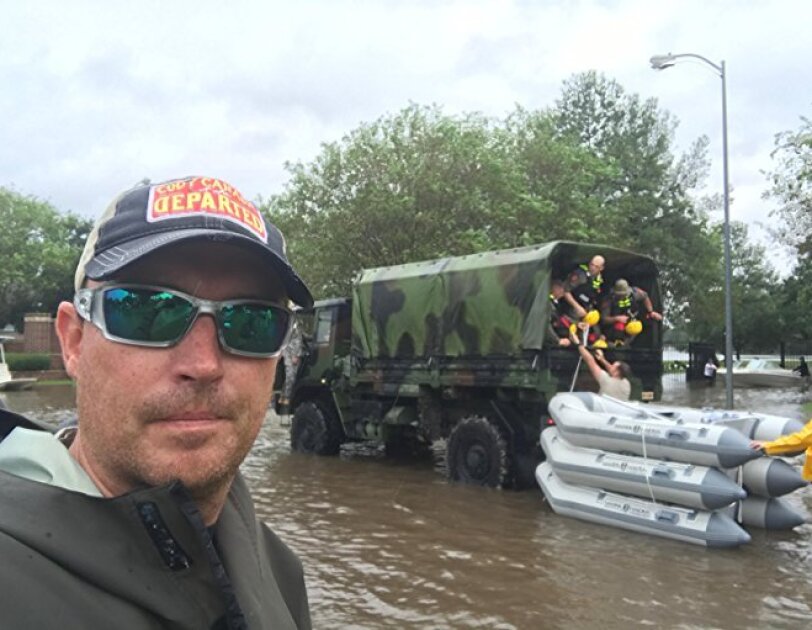 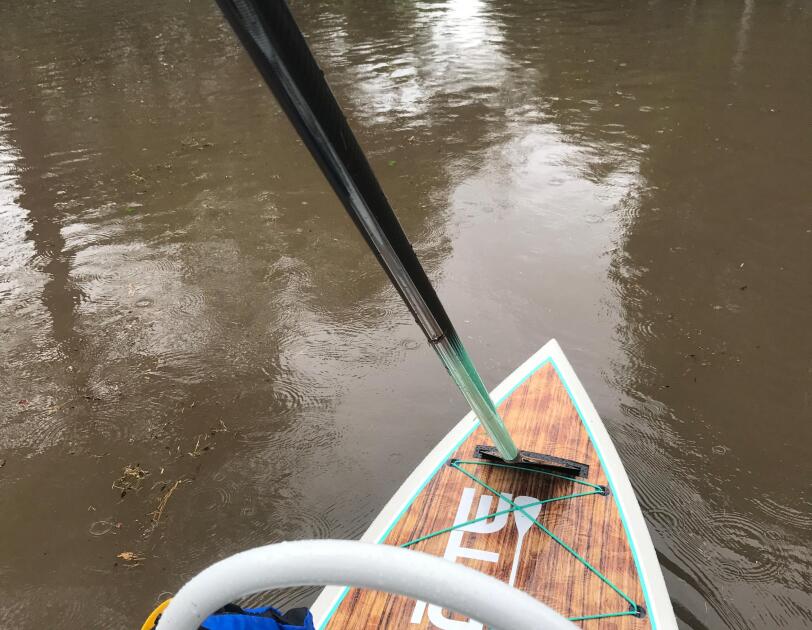 "It’s heartbreaking. And it’s huge having that conversation with them and saying you have to go and they just don’t want to leave,” said Miller, an Amazon Web Services account executive. “I’m on a paddleboard and can’t make them leave. That’s a heartbreaking thing that they’re so much in shock that they can’t think straight." In each case, Miller says he diligently reported their locations to the National Guard to follow up and make sure those people weren’t forgotten.

Miller said he left it to the emergency responders to conduct the rescues when possible. But he still went out for hours each day on his paddleboard, which can reach tight areas where boats sometimes can’t. Miller saw himself as a one-man recon team, gathering information about those still stranded to make sure the professionals can find them.

"I was there to do it safely. I don’t recommend anybody just doing it. That was kind of a dire emergency situation and I was able to get out to help," he said.

"I was there to do it safely. I don’t recommend anybody just doing it. That was kind of a dire emergency situation and I was able to get out to help," he said.

Miller took personal time off while at Amazon to do relief work previously and felt compelled to do his part to help others when he could. He says the company was incredibly supportive of him and his colleagues. "Just the look on their faces was unbelievable. It was just a very surreal situation."

Disaster relief Community involvement
How did you like this story?
Yawn
It's OK
It's good
It's great
I love it!
Thanks!
Community

How Amazon is supporting victims of the Australia bushfire crisis

What the company is doing for support organizations on the frontline of the Australian bushfire crisis, and how you can help.
Continue Reading
Community

AmazonSmile is a way for customers to support their favorite charitable organization every time they shop with Amazon.
Continue Reading
Community

Building a home with heart

Unique, one-of-a-kind family shelter built within Amazon’s corporate office building set to open in early 2020.
Continue Reading
The Australia bushfire crisis
What Amazon is doing for support organizations on
the frontline of the Australian bushfire crisis, and how you can help.
See how you can help
close
Out for Delivery
Get the best of the Amazon blog, including the latest news, top stories you may have missed, and editor's picks, delivered right to your inbox.
Sign Up