A mother and son’s journey with cancer

What Amazon’s commitment to raising awareness about childhood cancer means to this Massachusetts family.
By Meg Coyle

As her son left home to catch the bus two blocks away, Yesenia Gonzalez swallowed hard and braced herself. Back to school was going to be different this time.

"It kind of gets to me a little bit, knowing his condition."

In June 2017, Gonzalez' 16-year-old son Angelo was diagnosed with Hodgkin Lymphoma. "He didn't have any symptoms, he didn't have any pain. He was a normal kid with a lump in his neck that started off very tiny and it grew so fast," she recalled.

Treatment hasn't been easy. The chemotherapy raided Angelo's full head of hair. It robbed him of many of the activities he loved, like basketball. He simply doesn't have the energy. He's tired and weak. His appetite is all but gone. "It's been very hard," said Gonzalez, a single mother of three. "He's isolated himself from a lot of things and from a lot of people. I feel like he doesn't want to be seen."

Gonzalez works at the Amazon Fulfillment Center in Fall River, Massachusetts. On every break, she calls Angelo to make sure he's okay. Doctors signed off on Angelo going back to school, but Gonzalez still worries. "There are so many kids around and his immune system is so weak. Any little thing can turn into a serious infection."

Gonzalez and Angelo are sharing their story to drive awareness of childhood cancer, the number one cause of death by disease in children. As part of National Childhood Cancer Awareness Month, Amazon donated $1 million to the American Childhood Cancer Organization (ACCO) to help fund initiatives that provide educational, financial, and emotional support to children and families in communities across the country. Approximately 16,000 children in the United States are diagnosed with cancer each year, according to the National Cancer Institute.

"To have such a huge organization like Amazon recognize it as a national health priority means the world," said Jamie Bloyd, ACCO's National Director of Government Affairs and External Relations.

As part of the ACCO's "Go Gold" campaign, Amazon delivered 10 million boxes featuring gold ribbons – the international symbol of childhood cancer – enabling customers to join in the fight one box at a time. The company also invited children affected by cancer to explore their interests in science, technology, engineering, and math (STEM) and learn more about the magic of Amazon innovation in a guided tour of the Amazon Fulfillment Center in Kent, Washington. On behalf of each child, Amazon made donations to pediatric oncology programs across the country.

"We have the opportunity to connect to a very large base of employees and a very large group of customers," said Dave Clark, Senior Vice President of Worldwide Operations. "We can use that scale to help highlight causes where, if we as a collective are more aware and more engaged, we can make a difference and we think childhood cancer is one of those areas."

Now that Angelo has completed chemotherapy, he's feeling better all the time. Gonzalez says she finds hope in the growing awareness of childhood cancer and draws inspiration from her son.

UPDATE: Since we first met with the family, Angelo's mother called to let us know his latest scan came back clear. She tells us he is cancer free.

How much does Amazon love dogs? Just ask one of the 7,000 pups that “work” here.
Continue Reading
Sustainability

Amazon provides 73,000 meals to elderly and vulnerable Seattle-area residents during the pandemic

Amazon, working with a Seattle catering company, will distribute meals to over 2,700 elderly and medically-vulnerable residents in Seattle and King County over the course of a month.
Continue Reading
Amazon responds to COVID‑19
How we’re supporting our employees, customers, and communities
Learn More
X
Out for Delivery
Thank you!
Please try again
Quick news and rich insights from inside Amazon, delivered directly to your inbox every few weeks.
Check your inbox shortly for your very first Out for Delivery email. We’ll reach out every few weeks with more.
If you’re not redirected back to the blog in a few seconds, click here.
Looks like we had some trouble authenticating your entry. Let’s try again...
Amazon Privacy Policy | Opt-out Anytime
Return to video player ➡ 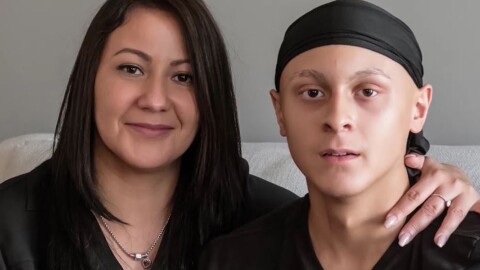