A West Virginia teen from a coal-mining family says getting through school has often been a challenge. A Korean American had a difficult home life and struggled with English, but showed promise with math. And despite growing up in a neighborhood plagued by violence, a New Jersey teen has an advanced understanding of computers. These students are three of the 100 winners of the first Amazon Future Engineer scholarships that will help them pay for college, and get a little closer to achieving their dreams. 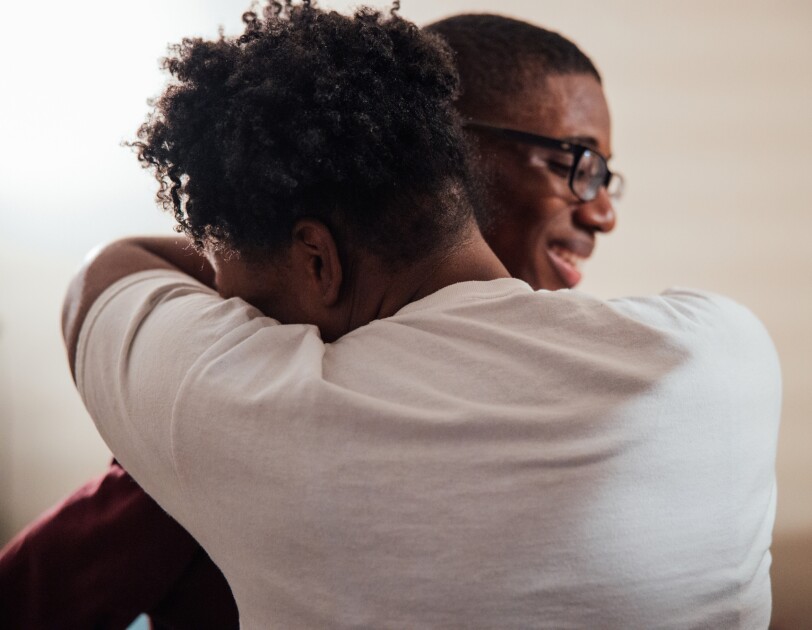 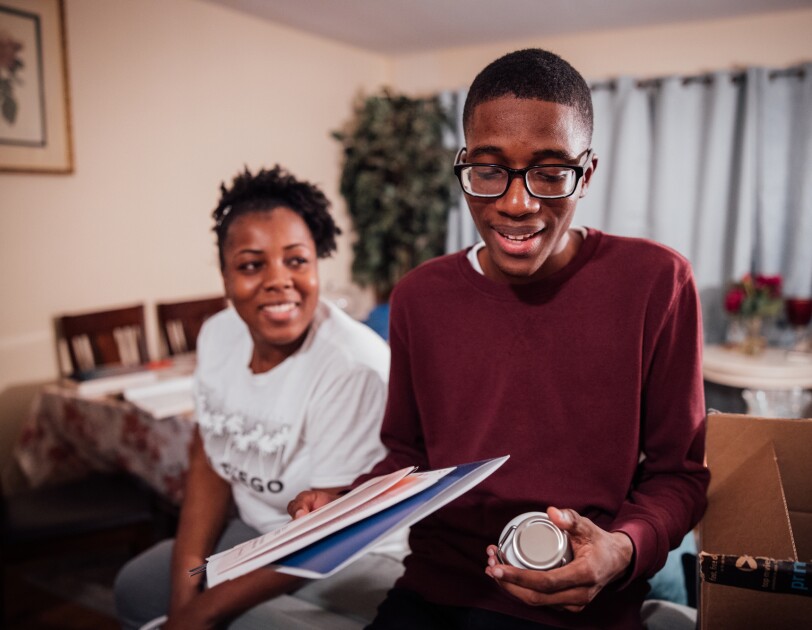 Leo and his mother, learning that the 17 year old has been awarded the Amazon Future Engineer scholarship. 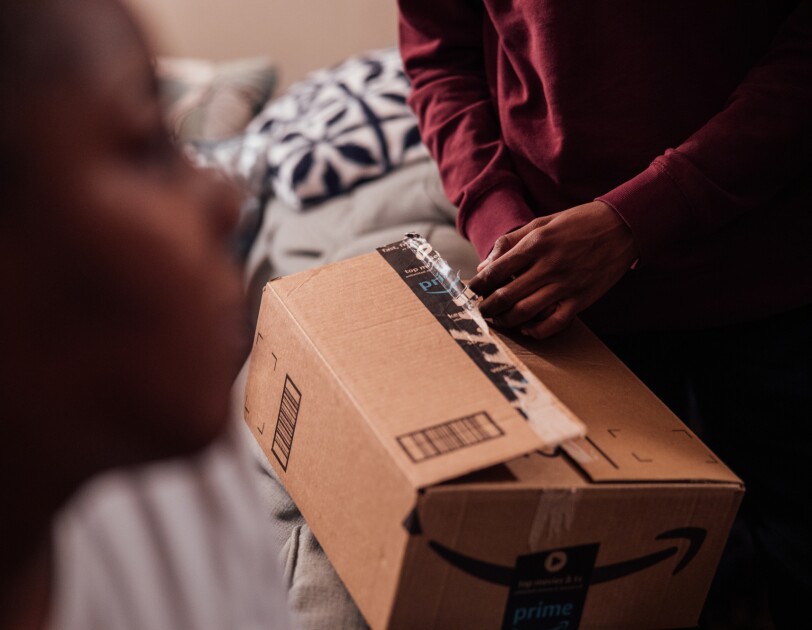 Opening the Amazon box with Leo's surprise scholarship inside.

The Amazon Future Engineer program gives students from underrepresented and underserved communities across the country access to computer science camps and classes in addition to scholarships and internships at Amazon.

“This scholarship means that when I go to college, I won't have to constantly worry about money,” said seventeen-year-old Leo Jean Baptiste, an Amazon Future Engineer scholarship winner from Orange, New Jersey.

Leo is the son of a hard-working single mom. He grew up speaking Haitian Creole in a home without internet access, surrounded by a community rife with drugs and gang activity. He’s risen to the top of his high school class, but was uncertain if he’d have the resources to pay for college. In addition to a heavy school load, Leo is an ROTC leader, an elementary school tutor, and a volunteer in an after-school program that tries to rid his community of drugs and alcohol. He says he wants to work in machine learning when he gets older.

“Leo has to put in time and a half, if not double, what others have to put in across the country to get the same things,” said Hooman Behzadpour, Leo’s math teacher at Orange High School. “Leo never complains. He has high obstacles to overcome, and he overcomes them all silently and diligently.” Behzadpour called Leo “the brightest student I've ever had.”

When Leo applied for the Amazon Future Engineer scholarship, he was nervous. News of the award has come as a huge relief. His mother said it’s taken a huge load off her shoulders, since the top colleges he has gotten into are very expensive.

“He's going to be a brilliant computer scientist and more than that, based on the conversations I've had with him, he wants to use that computer science to really make a change and better the world,” said Behzadpour.

As part of the Amazon Future Engineer scholarship, students receive $10,000 a year for four years while pursuing a computer science degree in college. They are also guaranteed a paid internship offer at Amazon’s Seattle headquarters, including a housing stipend.

Amazon Future Engineer is a four-part, childhood-to-career program intended to empower, educate, and train 10 million students from underrepresented and underserved communities each year to pursue careers in computer science.

“Getting to the point where I am has definitely been hard. There's been times where I felt like giving up,” said Leo.

But the high school senior, who calls himself “passionately curious” believes he is now on his way to a career in technology. He’s already thinking about his next steps, and helping others at the same time.

“I want to become an artificial intelligence or machine learning researcher,” he said. “Even further into the future, I’d like to start a non-profit that's able to help other kids who are struggling financially.” 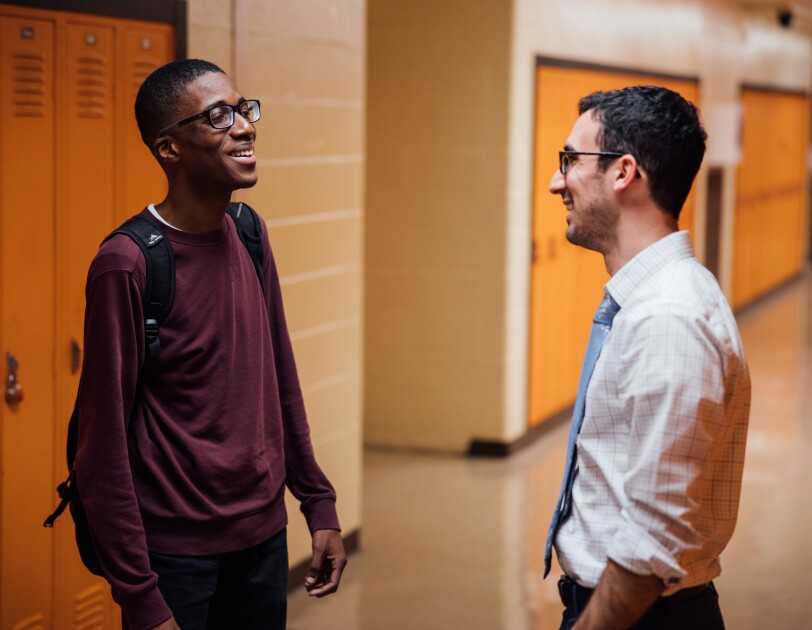 Leo and his math teacher, Hooman Behzadpour, known as "Mr. B." He calls Leo the finest student he's ever seen, by far. 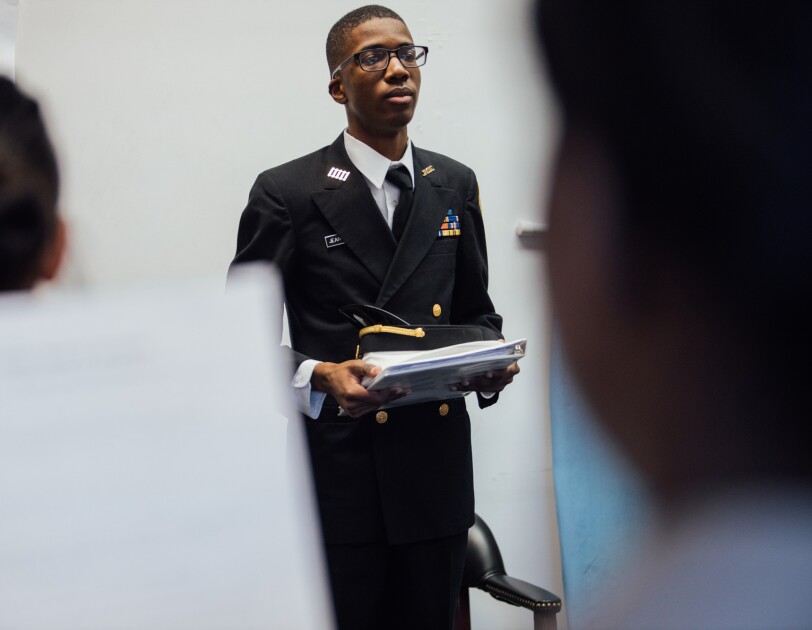 Leo is active in his school's ROTC program. He says it has helped him learn discipline and leadership skills 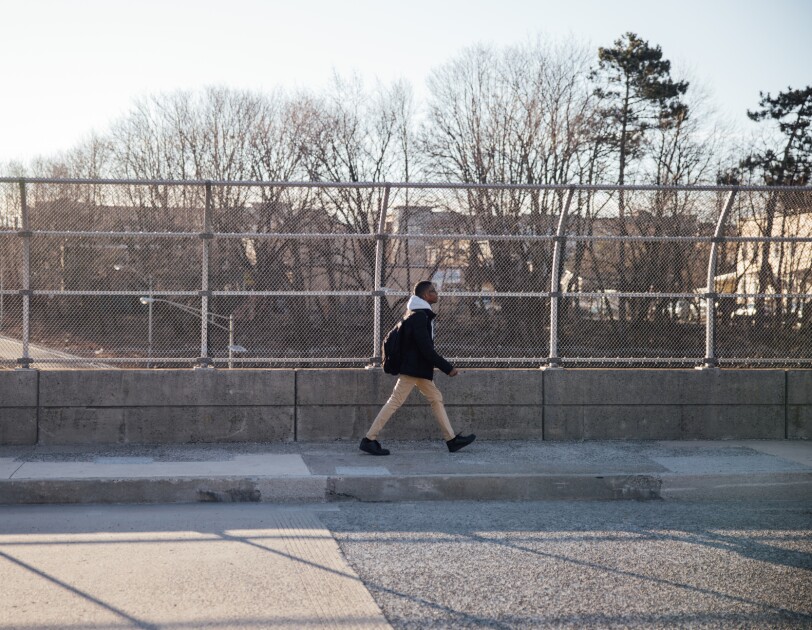 Leo walks roughly one mile to school. His neighborhood has a very high crime rate, and Leo says the walk is "scary" at times. 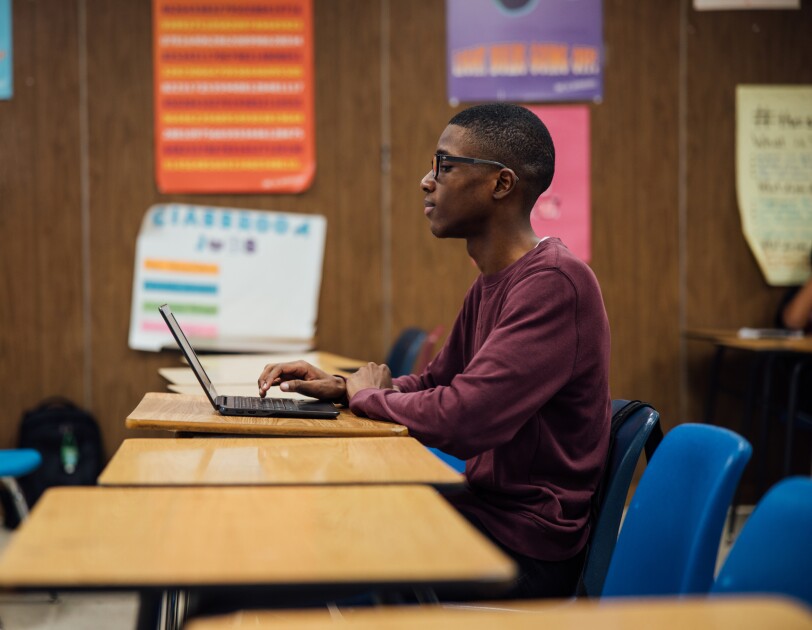 Leo often stays after school to study because he doesn't have internet access at home. 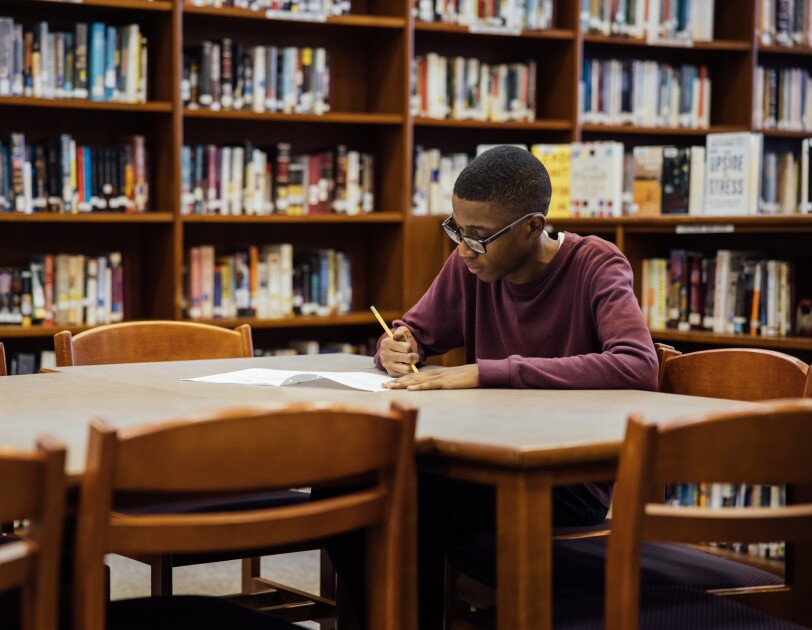 Leo Jean Baptiste, age 17, is one of 100 students to win the Amazon Future Engineer college scholarship. 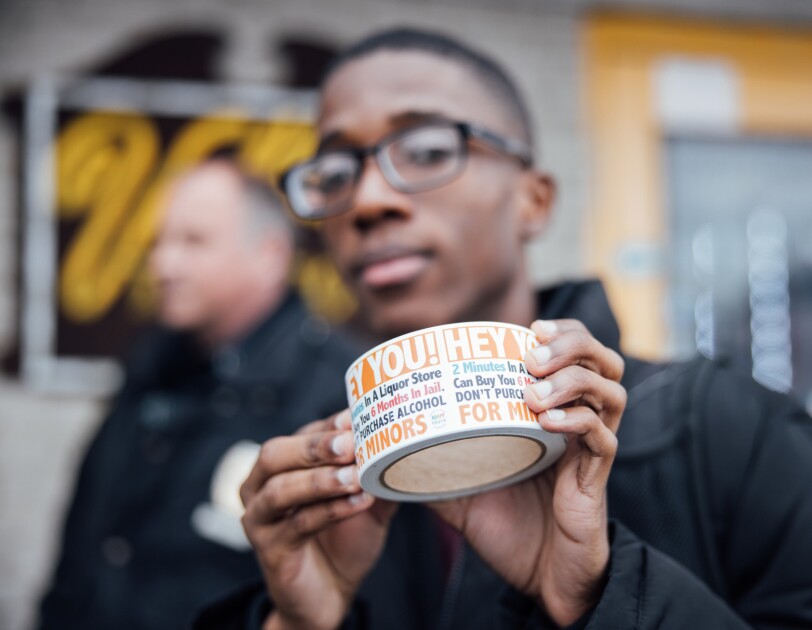 Leo hands out stickers encouraging liquor stores not to sell to kids in his neighborhood as part of an after-school program. 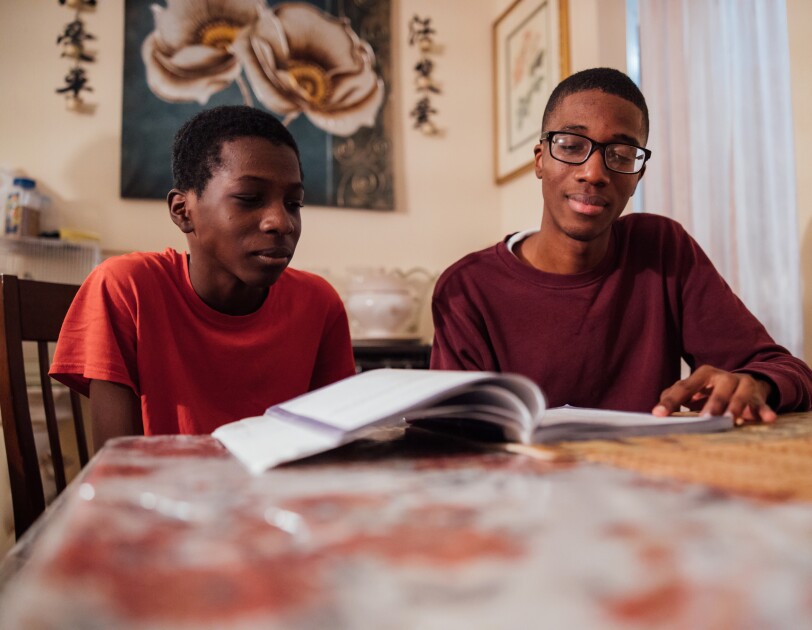 Leo helps his younger brother do his homework in the family's apartment. 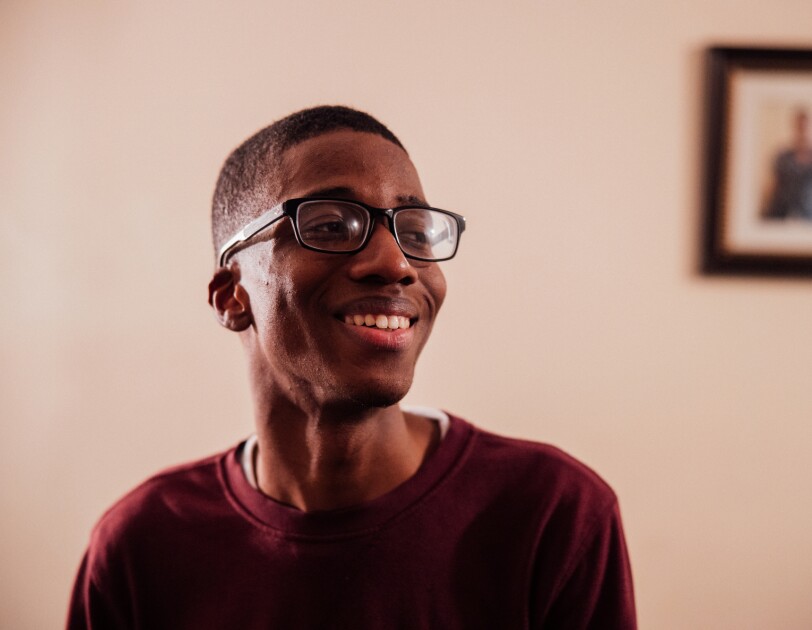 Leo says it was important for him to win a scholarship in order to attend college. 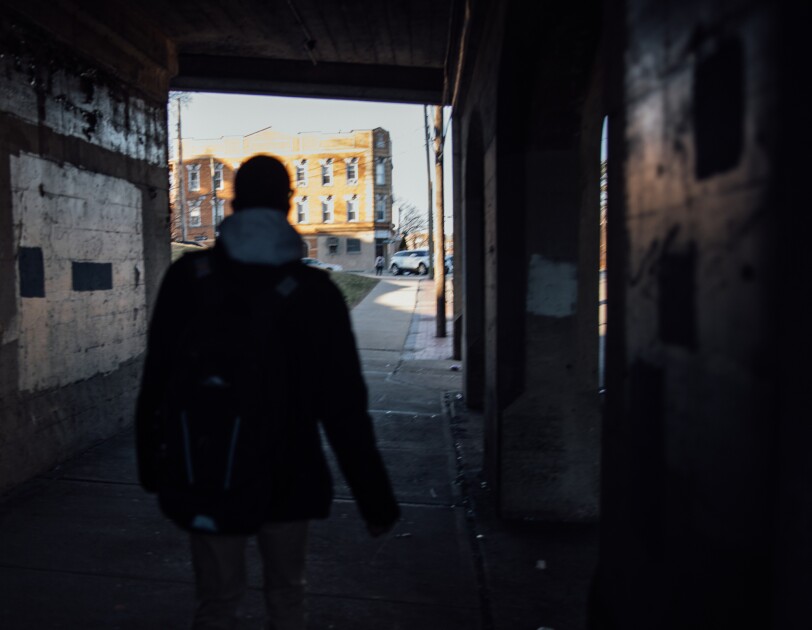 Leo on his walk to school in Orange, New Jersey. 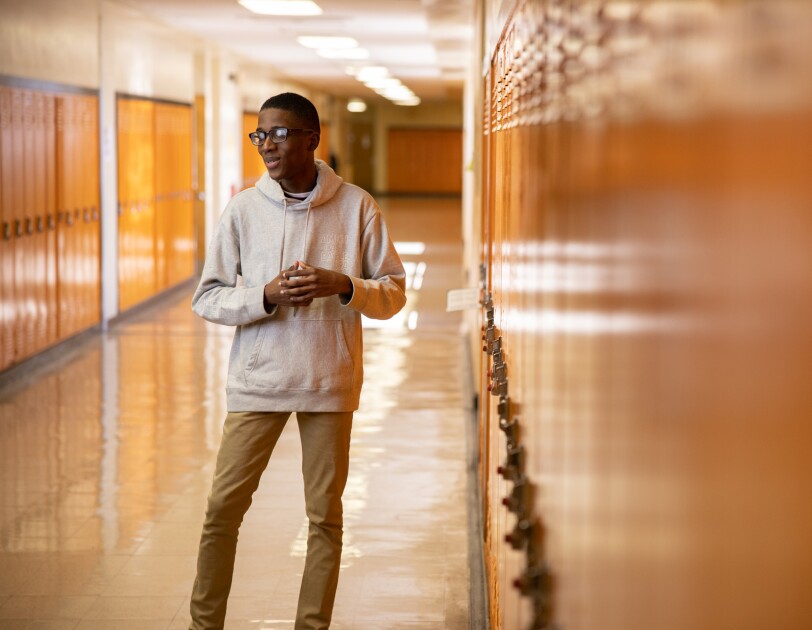 Amazon Future Engineer is more than doubling its reach

Amazon Future Engineer is adding more than 3,000 new schools to support over 5,000 total schools, and more than 550,000 students across the U.S. each year, in addition to launching a new coding competition for all students.
Continue Reading
Community

STEM education as a diversity driver in tech

Amazon recently commissioned a study to explore the timely need for more computer science and STEM education for students from underserved and underrepresented communities to best prepare them for jobs of the future.
Continue Reading
Community

Celebrating teachers by giving back 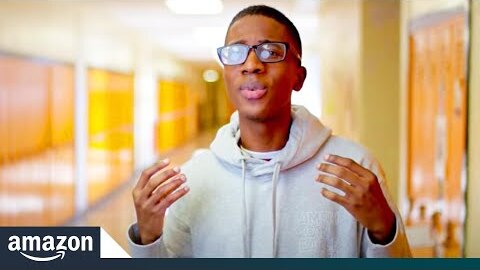