A dream to become a published author is realized.
By Day One Staff

A.K. Alexander wanted to be a writer since she was nine years old. Drawn to Nancy Drew, The Black Stallion, and anything else mystery- or horse-related, she dreamed one day she'd be a published author, but she had yet to take the leap. Then, at 22, A.K. found she needed to stay at home to care for her prematurely born son full-time.

"I decided then that it was time to start writing," says A.K.

Her son (then nine years old) asked her why she was crying, as she read over another rejection letter that said, "Sorry. It just isn't right for us." She told him that she didn't think she could keep writing. He replied, "Don't you know, Mom, that God wouldn't have made you a writer if He thought you couldn't do it?" She couldn't give up after that.

The wonderful thing for talented writers now is they don't have to wait 20 years to succeed. I have friends who are publishing through the Kindle with first and second books, and they are shooting up the rankings.

"Then, in 2004, I got picked up by a literary agent who got me a deal for three books in a mystery series, and I received a four-figure advance. But it turned out to be far from the career-making moment I thought that would be. After publishing nine books for them, all while taking out a second mortgage to help finance my writing career, I was dropped in 2009.

"Just then I started hearing about Amazon and publishing on the Kindle. I heard it was open to anyone, and I thought that maybe I should try it. I used their self-service platform to publish three thrillers, and sold a handful each month for a while. Then, in the summer of 2011, my thriller Daddy's Home suddenly shot to No. 1 on the UK Kindle best seller list. My thriller Mommy, May I? went to the top ten list at the same time.

"I was ecstatic, and started writing and writing. Success in the U.S. followed, and by March of 2012, Daddy's Home hit No. 4 on the U.S. Kindle best seller list, just underneath the Hunger Games trilogy. I am now also seeing sales in Germany, France, Italy and Spain, and the producers of Mad Men are representing the film rights for the book. In total I have sold over 300,000 copies of my books through the Kindle.

"Because of this, my family's life has changed dramatically. In one month I make more in royalty payments at Amazon than I ever did in a year through traditional publishing. I am no longer worried about how the bills will get paid. I am not lying awake at night beating myself up for wanting to pursue a dream that appears to be a dead end. We can help support our kids through school. My husband and I are planning to take a vacation together.

"The wonderful thing for talented writers now is they don't have to wait 20 years to succeed. I have friends who are publishing through the Kindle with first and second books and they are shooting up the rankings. Writers don't have to go through the hardship of writing hundreds of query letters and hoping to be chosen by agents and publishers.

"I don't envision an end to what I can do as an author with Amazon."

66 grants are awarded to organizations across the country that support writers.
Continue Reading
Books and authors

A look at the most sold, most read, and most loved books of the year.
Continue Reading
Books and authors

How Amazon is delivering digital educational resources to educators and parents across the U.S.
Continue Reading
Amazon responds to COVID‑19
How we're supporting our employees, customers, and communities
Learn More
Return to video player ➡ 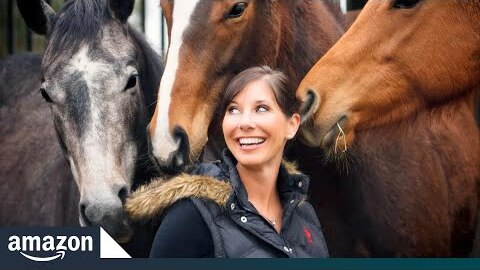