Stop and smell the corpse flower

This rare plant usually takes about seven years to produce its first bloom, and is about to bloom in the Seattle Spheres.
By Day One Staff

Something peculiar recently took up residence in The Spheres. An Amorphophallus titanum, better known as a corpse flower, is in the beginning phase of bloom.

The corpse flower usually takes about seven years to produce its first bloom, which only remains open for about 48 hours.

It doesn't have a single flower, but rather a series of small flowers that are exposed when the plant blossoms. It is the largest unbranched flowering structure in the world, and can reach a height of more than nine feet.

Watch the livestream on Twitch


While blooming the corpse flower possesses an odor of rotting flesh, which gives the plant its popular nickname. During this time, it also heats to 98 degrees to help the stench travel farther and attract pollinators.

The corpse flower is native to Sumatra, Indonesia, and is pollinated by flies and carrion beetles.

When not blooming, the corpse flower produces a single leaf that can extend to 15 feet in height and resembles a small tree. 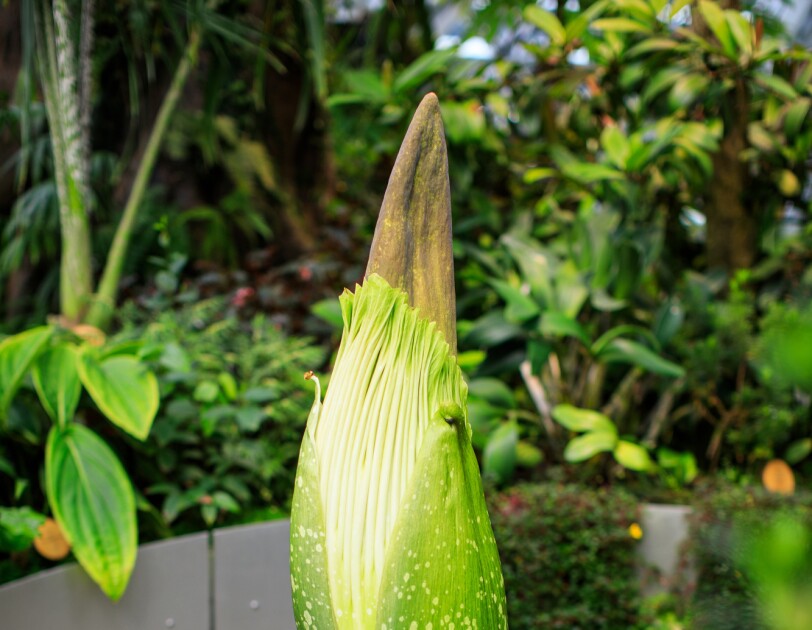 The corpse plant in The Spheres.
Photo By JORDAN STEAD 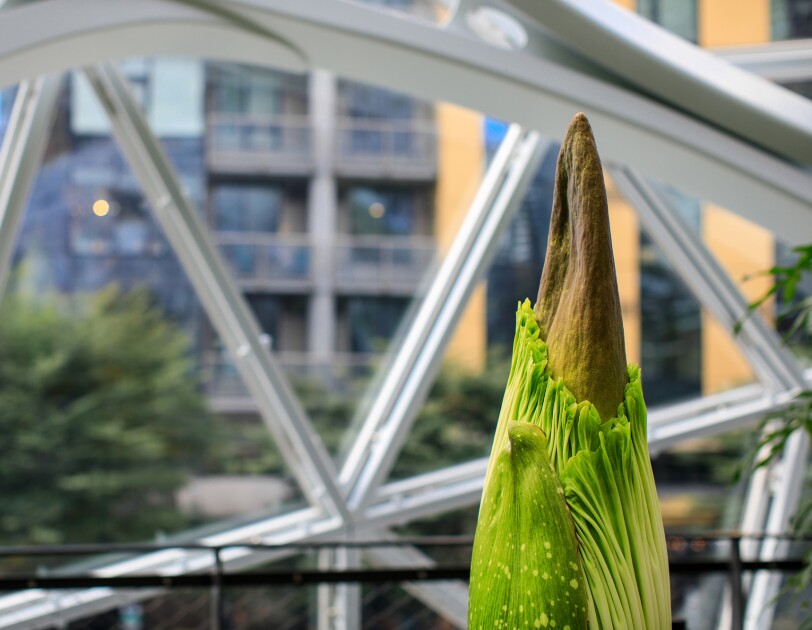 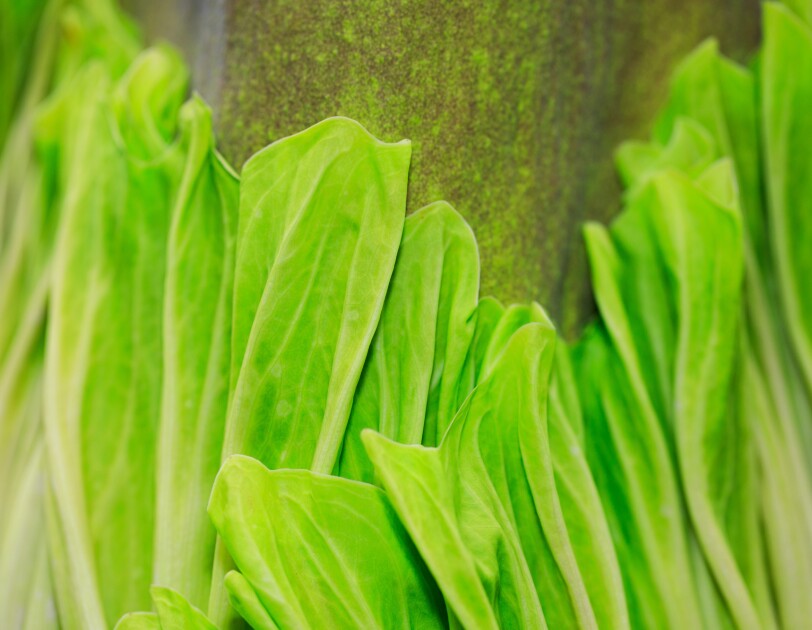 A close-up shot of the corpse flower.
Photo By JORDAN STEAD 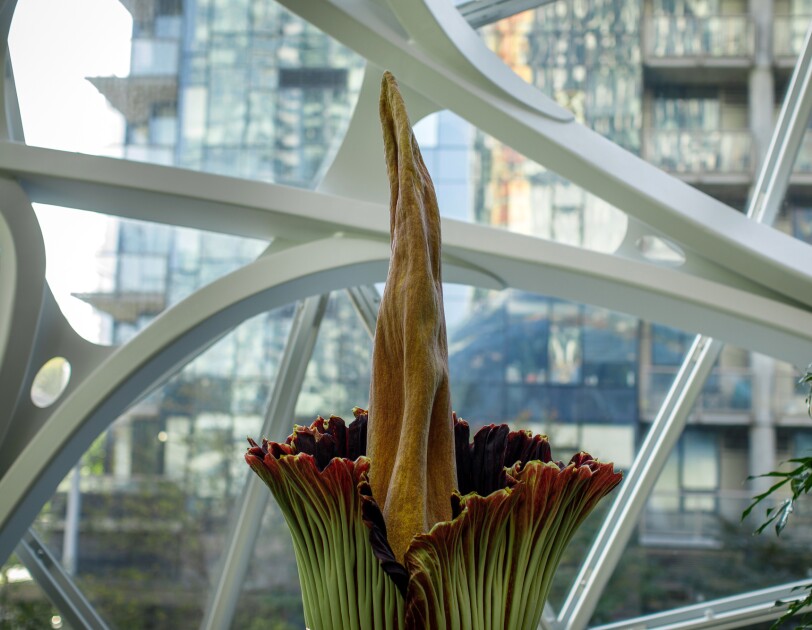 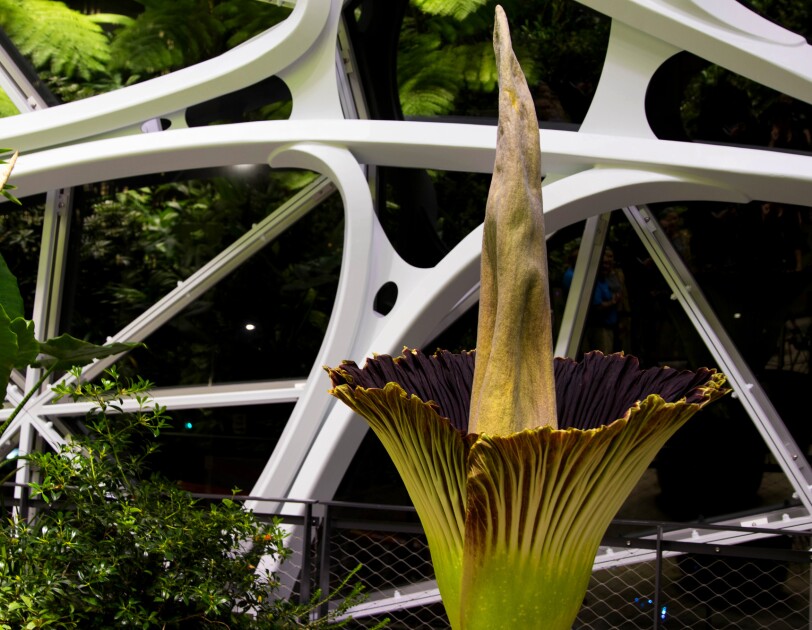 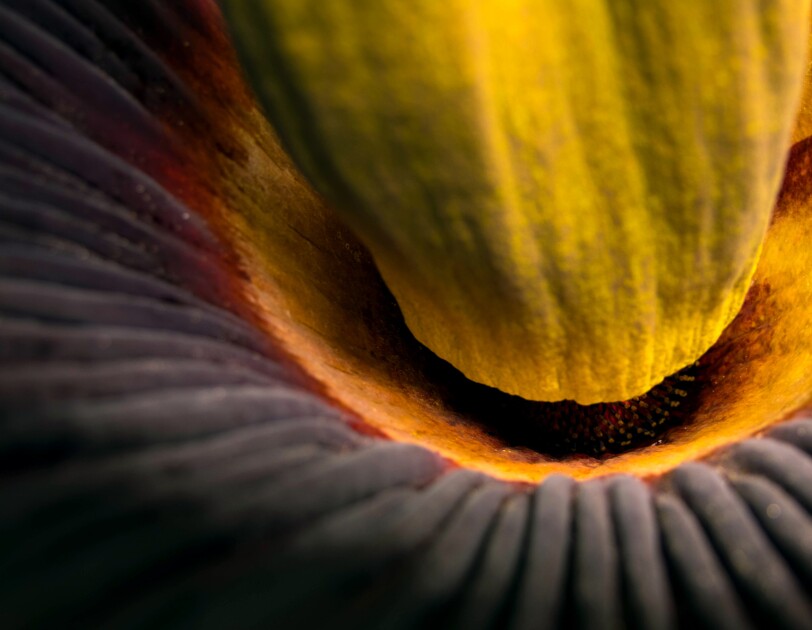 Garden in the sky

Amazon uses rooftop space to grow over a thousand pounds of organic produce this year—which is donated after harvest.
Continue Reading
Amazon offices

Three years ago, the team officially broke ground on The Spheres. Watch how the building came together, all in this one-minute timelapse.
Continue Reading
Amazon offices

The Spheres' plants, up close and personal

With more than 40,000 plants from around the world, The Spheres showcase biodiversity in the heart of Seattle.
Continue Reading
Amazon responds to COVID‑19
How we're supporting our employees, customers, and communities
Learn More