Partnering with the NFL to transform player health and safety

AWS’s AI and machine learning services will give the NFL a more profound understanding of the game to improve player safety, treatment, and ultimately predict and prevent injury.
By Day One Staff

This year, the National Football League (NFL) will play 256 games over 17 weeks to complete a full season. When you add in the the preseason, playoffs, and Super Bowl, that equates to more than 50,000 plays on the field. With 22 players on the field, each producing information about their location, speed, acceleration, and more, that’s millions of points of data that could be used to drive new insights for players and fans.

At AWS re:Invent 2019, NFL Commissioner Roger Goodell joined AWS CEO Andy Jassy on stage to announce the NFL will use the breadth and depth of AWS's services, including compute, storage, database, analytics, and machine learning, to analyze the extensive amount of data generated by the NFL and develop the capabilities necessary to transform the League’s player health and safety initiatives.

Since 2017, the NFL has relied on AWS to power its NFL Next Gen Stats (NGS), which provides real-time location data, speed, and acceleration for every player during every play on every inch of the field. This new collaboration expands the relationship between the NFL and AWS, allowing the NFL to use the breadth and depth of AWS’s cloud and AI services to drive a deeper and more robust understanding of the game than ever before, making transformational change possible in football, other sports, and potentially other industries.

As part of this joint effort, AWS and the NFL will create the “Digital Athlete” platform, a computer simulation model of an NFL player that combines numerous data sources to help the NFL test a limitless number of scenarios, without risk to athletes. By simulating different situations within a game environment, the NFL aims to foster a better understanding of how to treat and rehabilitate injuries in the near-term, and eventually predict and intervene to prevent injuries in the future.

Through the use of computer vision models, AWS and the NFL also aim to better detect and understand the underlying forces that cause concussions. The same techniques developed to help detect and prevent concussions will be extended to reduce a wide range of injuries, and could have a profound effect on player safety by reducing injuries overall in the future.

This year the NFL celebrates its 100th season. As the NFL looks forward to the next 100 years, it remains just as committed to innovating on behalf of players and fans with AWS.

To learn more about AWS’s work with the NFL, read about how AWS powers NFL Next Gen Stats.

Go behind-the-scenes with the Alexa Prize finalist teams vying for their share of $1.65 million in cash prizes and grants for developing a socialbot that can converse coherently and engagingly with humans.
Continue Reading
Amazon AI

What a sold-out conference tells us about the future of artificial intelligence.
Continue Reading
Amazon responds to COVID‑19
How we're supporting our employees, customers, and communities
Learn More
Return to video player ➡ 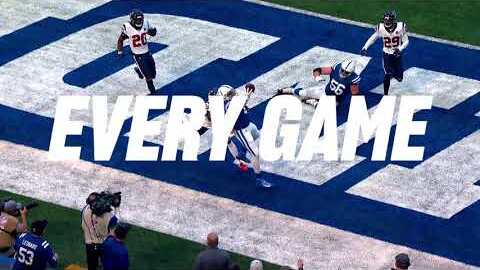 NFL and AWS team up to transform player health & safety