University students’ 2018 Alexa Prize bots are now available for a chat.
By Day One Staff

Representatives from the eight student teams competing in this year’s Alexa Prize Challenge gathered in Seattle this week for a Summit with many of Amazon’s conversational AI technical leaders and the official start of the customer feedback element of this year’s competition.

The students’ bots are now available for a conversation with Alexa’s U.S. customers, who can chat with the bots simply by saying, “Alexa, let’s chat.”

After a question-and-answer session on Wednesday in which he encouraged the students to “follow your curiosity,” Dave Limp, Amazon senior vice president of devices, officially opened the first customer feedback phase of the Challenge.

In a presentation to the students on Tuesday, Rohit Prasad, Alexa vice president and head scientist, encouraged the students to make some bold bets, take calculated risks and “work hard, have fun, and make history.” Prasad concluded his talk by quoting Walt Disney, “If you can dream it, you can do it.”

The students also heard about the lessons learned by last year’s winners, Sounding Board, a team from the University of Washington. During last year’s competition, nearly 3 million Alexa U.S. customers logged more than 162,000 hours of conversation with the 2017 Alexa Prize bots. This year’s participants are hoping to significantly increase the level of engagement with Alexa users. 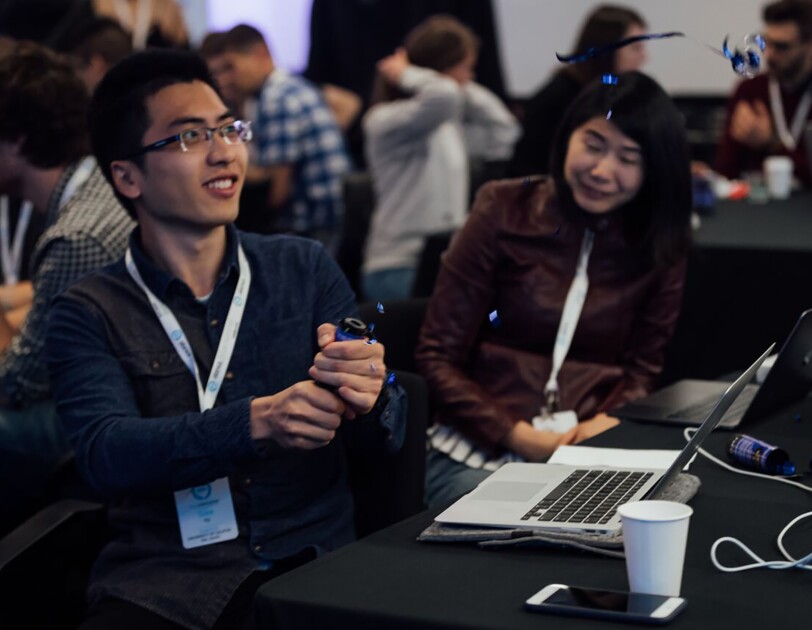 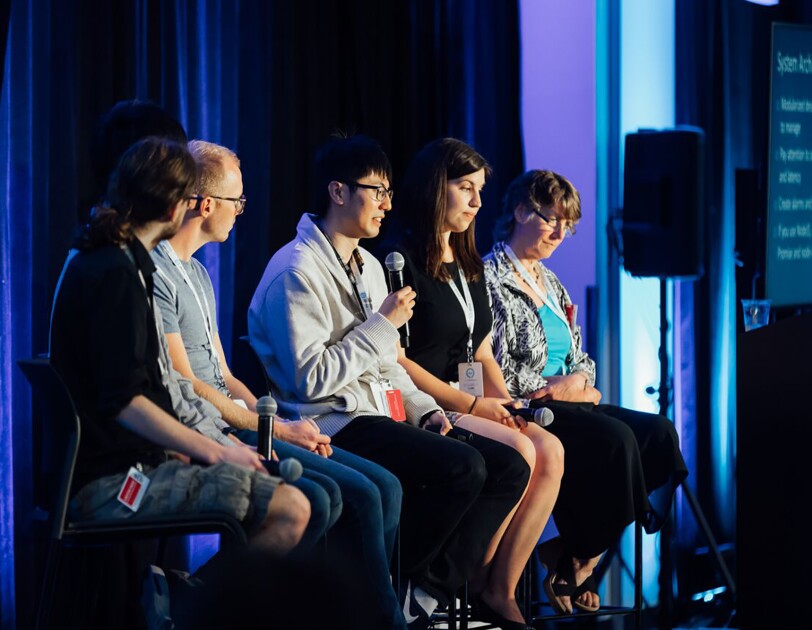 The University of Washington team that won last year's challenge participated in this week's Alexa Prize Summit to share lessons learned with this year's participants.
Photo By Daniel Bender 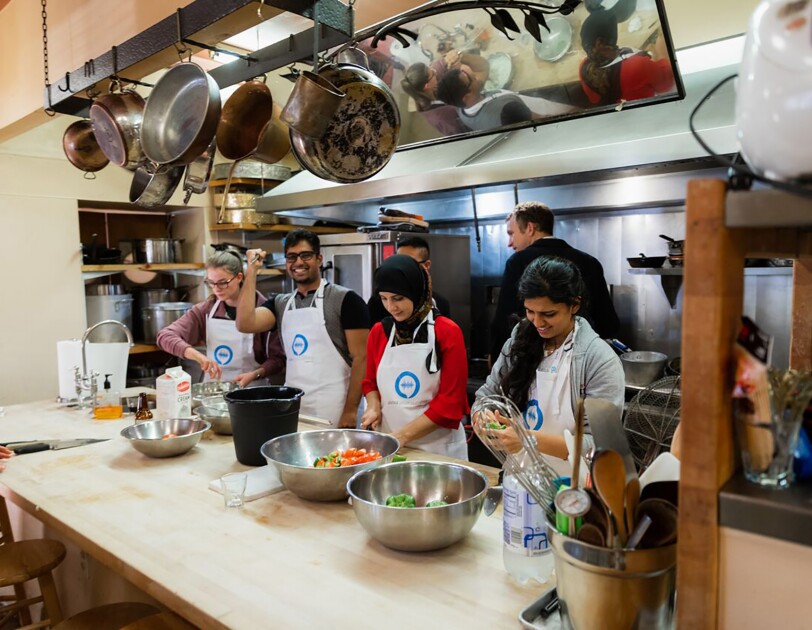 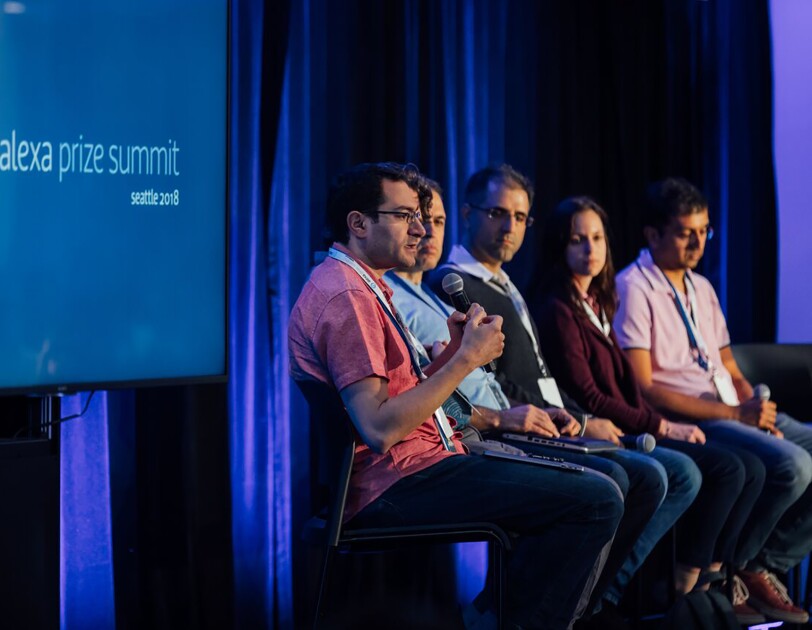 One of the sessions during this week's Alexa Prize Summit was a panel discussion among some of the scientists who make Alexa magic happen.
Photo By Daniel Bender 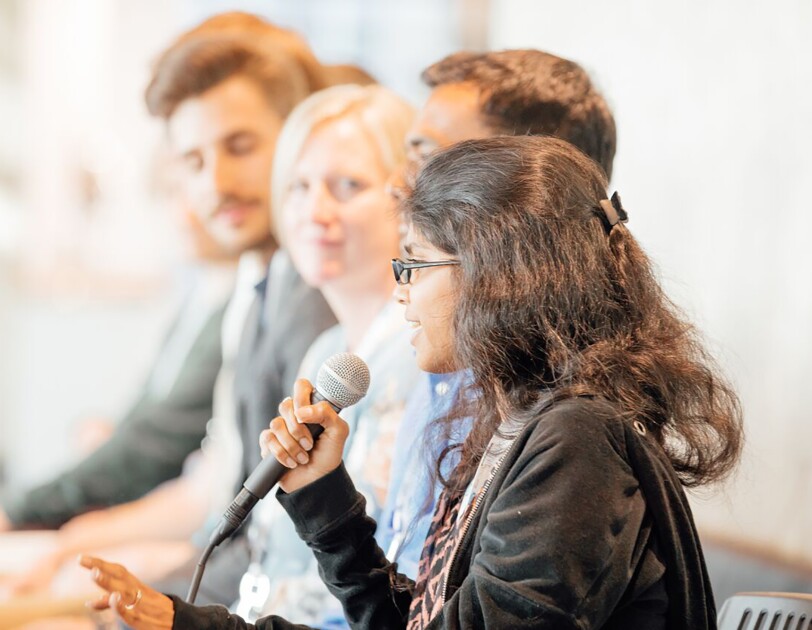 Srividya Pranavi Potharaju, a member of Carnegie Mellon's Alexa Prize team, participated on a panel early in the week at which members of each of the teams told local Seattle school students why they love math and how they developed their passion for computer science.
Photo By Daniel Bender

Alexa Prize is a $3.5 million university challenge to advance conversational AI. The teams have developed and will continually improve their socialbots, based on customer feedback. The bots can engage in conversations on topics from entertainment and sports, to politics, technology and fashion. Amazon received applications for this year’s Challenge from leading universities from more than 15 countries. All applications were reviewed and evaluated based on their potential scientific contribution to the field, the technical merit of the approach, the novelty of the idea, and the team’s ability to execute against their plan.

The 2018 winners will be announced in November 2018 during AWS re:Invent. A $500,000 prize will be awarded to the team selected for creating the best socialbot. The second- and third-place teams will receive prizes of $100,000 and $50,000, respectively. Additionally, a $1 million research grant will be awarded to the winning team’s university if their socialbot achieves the grand challenge of conversing coherently and engagingly with humans for 20 minutes with a 4.0 or higher rating.

You can help them improve their bots and advance the state of conversational AI simply by saying, “Alexa, let’s chat.”

AWS’s AI and machine learning services will give the NFL a more profound understanding of the game to improve player safety, treatment, and ultimately predict and prevent injury.
Continue Reading
Amazon AI

Go behind-the-scenes with the Alexa Prize finalist teams vying for their share of $1.65 million in cash prizes and grants for developing a socialbot that can converse coherently and engagingly with humans.
Continue Reading
Amazon responds to COVID‑19
How we're supporting our employees, customers, and communities
Learn More